In the Dutch town of Venray, Didi Taihuttu decided to make his first big gamble on bitcoin. In early 2017, the father of three searched every corner of his five-bedroom house, gathering the family’s supply of gold jewelry and trinkets. Taihuttu had a hunch that it was time to swap their stockpile of gold for bitcoin.

Three years later, and that bet has paid off big time for Taihuttu. Bitcoin broke above $20,000 for the first time ever on Wednesday. His investment is now nearly three times bigger today than it would have been had he kept his nest egg of gold.

“Central banks and governments are slowly starting to understand that bitcoin is the 21st century gold,” said Taihuttu.

Amid economic and geopolitical tumult, more investors are looking to bitcoin as a safe haven play.

Strategists at JPMorgan say the price of gold will suffer as institutional investors continue to buy into bitcoin.

While the cryptocurrency has indeed matured into a permanent fixture in the financial industry, some Wall Street investors caution that the volatile cryptocurrency will never supplant gold as a store of value, because it has no value to store.

Is bitcoin safer than gold?

When the coronavirus pandemic began to shut down economies around the world, investors did what they typically do amid economic uncertainty: they fled to safe haven assets. Only this year, gold and cash weren’t the only safe haven plays.

Bitcoin is up about 190% year to date, outperforming a mix of major assets, including gold. And unlike its rally in 2017, analysts don’t think we are heading toward a bursting price bubble anytime soon.

Mike Novogratz, CEO of investment firm Galaxy Digital, thinks this comeback rally is only just getting started. He sees bitcoin rising to $60,000 by next year.

Tom Fitzpatrick, global head of CitiFXTechnicals, said the charts signaled that bitcoin could reach $318,000 by December 2021, in a report meant for Citibank’s institutional clients and obtained by CNBC.

Meanwhile, the price of gold has been sliding since its all-time peak in August 2020, not least of all because of optimism over progress on the Covid vaccine front.

“Let’s face it, who needs a safe haven if the pandemic is over?” said Scott Nations, of Nations Indexes, in an interview with CNBC’s “Fast Money Halftime Report.” “And if you still want a safe haven, you’re not looking at gold. You’re looking at bitcoin.”

Part of what is different about bitcoin’s rally in 2020 versus 2017 is that institutional investors are adopting bitcoin, lending it newfound legitimacy and helping to erase the reputational risk of investing in the cryptocurrency.

“Bitcoin is now a regulated financial asset that is uncorrelated with high-risk adjusted return, and that’s why we’re seeing a record percentage of institutional flow enter through our brokerage and exchange platforms,” explained Dave Chapman, executive director of BC Group.

“It’s for all these reasons and others that bitcoin is being seen as a true safe haven asset; a digital gold,” Chapman continued in an interview with CNBC’s “Capital Connection.”

But keep in mind, bitcoin has a long history of wild volatility. While 2020’s price moves look to be more stable than in rallies past, ultimately we just have to wait and see how bitcoin performs over time.

“It would be difficult to label a nascent asset like bitcoin as a safe haven as it has not yet withstood the test of time,” Greenspan said. “It might be more accurate to say that it is chomping on its [gold’s] market share as the go-to inflation hedge.”

After taking the plunge from gold into bitcoin, Taihuttu decided to go all in on the cryptocurrency. The Dutch family of five liquidated their assets, from their retirement accounts and cars, to their clothes and toys. They bet it all on the volatile cryptocurrency, back when it was $900 a coin in 2017. Bitcoin is up more than 2,200% since then.

Analysts say that bitcoin’s rally this year has a lot to do with the fact that there is a finite supply of bitcoin in the world. There will only ever be 21 million bitcoins produced.

Whereas we are not likely to run out of gold anytime soon, the total number of mined bitcoin is at roughly 18.5 million, which is nearing its maximum threshold.

The surge in interest from mainstream financial players hasn’t just reformed bitcoin’s image; it has also fomented a supply shortage.

Bitcoin is now being seen as a true safe haven asset; a digital gold.

executive director of BC Group

“The basic reason for the 2017 and 2020 rallies are the same,” Greenspan said. “It’s a matter of digital scarcity. There is a strictly limited supply of bitcoin available in the market, so when everyone is buying and nobody is selling, it can cause tremendous upward pressure on the price. What’s different this time are the players involved.”

The 2017 rally was driven by retail speculation, and in 2020, it’s the billionaires and corporations that are buying bitcoin en masse.

“When PayPal starts to sell bitcoin to its 350 million users, they also need to buy the bitcoin somewhere,” said Taihuttu. “There will be a huge supply crisis, because there won’t be enough new bitcoins mined everyday to fulfill the need by huge companies.”

The limitations of gold

Bitcoin behaves a lot like gold. Its value is highly volatile, there is a marketplace where it is bought and sold, and similar to other commodities, you can speculate on the future price of bitcoin through the derivatives market.

Mainstream adoption has been hugely important to bitcoin, because cryptocurrencies like bitcoin aren’t backed by an asset, nor do they have the full faith and backing of the government. They’re valuable because people believe they’re valuable. So it goes a long way when bitcoin gets buy-in from some of the biggest names on Wall Street.

“Physical gold needs to be stored, is not readily portable across borders, has paper equivalents on exchanges that may or may not fully reflect the actual move in gold and could possibly be called ‘yesterday’s news’ in terms of a financial hedge,” explained Fitzpatrick.

“Bitcoin is the new gold,” Fitzpatrick said. “It moves across borders easily and ownership is opaque.”

Taihuttu agrees. “We have a limited supply of bitcoin and demand is growing tremendously. More people are realizing that bitcoin is the perfect 21st century gold.”

In a Skype call with Taihuttu, I noticed that he was wearing a gold watch on the same arm that bears a tattoo of the bitcoin logo. When I asked whether he was having any seconds about gold, he said, “The only gold I wear now is fake.” 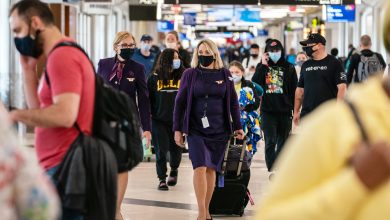 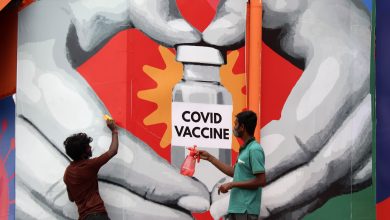 Data shows the U.S. is the world’s largest Covid vaccine donor — way ahead of China 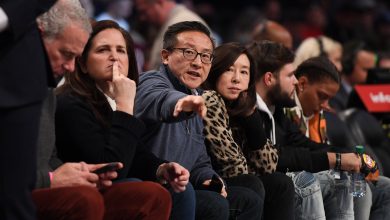 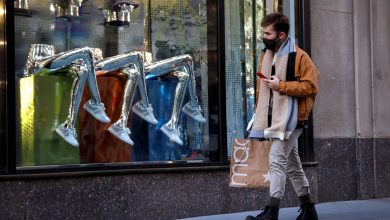