2020 has been a year of monster gains for individual stocks. Tesla stock has surged 665%, and shares of solar energy company SunPower have risen about 500%.

Such meteoric rises typically lead to the question of how much is too much. Figuring out if a stock is overvalued isn’t always easy, however, especially with Tesla (ticker: TSLA) and SunPower’s (SPWR) triple-digit year-to-date gains. Investors often rely on Wall Street analysts’ price targets for help, but sometimes those targets are no help at all—especially when target prices are way below where stocks are already trading.

Nonetheless, these are the 12 most overvalued large stocks in the U.S. stock market—as measured by where the stocks are trading compared with where Wall Street analysts say their fair prices are.

Most of these stocks qualify as growth stocks. Health-care, software, and electric vehicles are all represented. But so is an old cyclical stock, U.S. Steel. It is rising after a couple of brutal years for the steel business, but is still well below a 2018 high of almost $48 a share.

Analyst price targets, on average, are 34% below where these 12 stocks are trading. In comparison, analyst target prices are about 7% above where stocks in the S&P 500 trade.

Before investors go and hit the sell button, there are several things they should consider. The 12 apparently-overvalued stocks look pricey because they have all done incredibly well. Their average year-to-date return is almost 320%, as of Tuesday’s close, while their average return over the past three months is almost 185%. Wall Street has struggled to keep up, though it has been trying: Analyst price targets for the 12 stocks are up almost 140% year to date on average.

Despite the higher target prices, stock gains have left analysts a little wary of the dozen. The average Buy-rating ratio for those stocks is about 40%, compared with an average Buy-Rating ratio for stocks in the Dow Jones Industrial Average of almost 60%.

This isn’t a call to short, or bet against, these stocks. Bearish investors will sometimes borrow stock and sell it, betting on price declines. The dozen, in fact, are already heavily shorted. On average, roughly 18% of the shares available for trading in the dozen are already sold short. That is notably higher than the average short-selling ratio for stocks in the Dow, which is less than 2%.

The high valuation is what appears to have attracted short sellers. The price to estimated 2021 earnings ratio for the five of the 12 that actually make money is about 135 times. The other seven aren’t expected to see net profits in 2021.

But piling into a popular short isn’t always a great idea. It raises the odds of a short squeeze—when a rush to cover bearish bets leads to more stock buying than average, and big price gains over a short period.

And, of course, analyst price targets aren’t the be-all and end-all—they are just one guide of value. A price target usually represents where analysts believe a stock will trade over the next 12 months or so. So if a stock is trading at $100, and the average Wall Street price target is $90, it is fair to say the Street expects the stock to drop 10% in the coming year.

Another way to think of it: A target price is where a stock should trade to earn a fair return in the future. Stocks, and the stock market, rise over time. So how much an investor pays for a stock at a certain time influences the rate of return earned over a long holding period.

Paying more than Wall Street suggests for a stock doesn’t doom investors to losses, but it may eat into their long-term returns.

If Trump doesn't move to console the nation, here's what may happen to his precious stock market 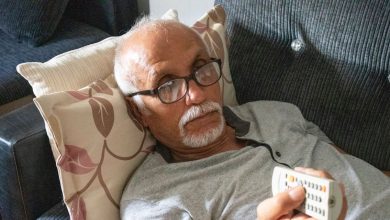 ‘They promise so much.’ Are those Medicare Advantage TV ads for real? 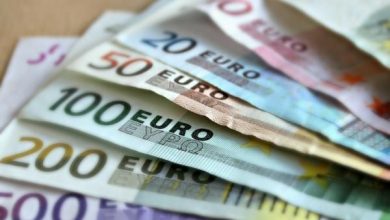 EUR/USD Forecast: At Risk Of Losing The 1.1800 Level Despite The Intraday Bounce 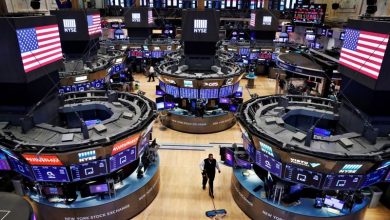