The Dow Jones Industrial Average came under pressure in today’s stock market, while the Nasdaq and S&P 500 traded higher. The blue chip index was weighed down in the minutes after the Federal Reserve’s 2 p.m. ET policy statement. Additionally, weaker-than-expected November retail sales weighed on the major index.


Stocks were mixed in late afternoon trading. At around 3 p.m. ET, the Dow Jones was trading at breakeven after being in the red. Meanwhile, the Nasdaq led the market with a 0.5% gain, while the S&P 500 was up about 0.3% and the Russell 2000 small-cap index led the downside with a 0.5% decline. Volume was lower on both the NYSE and Nasdaq vs. the same time Tuesday.

As expected, the Fed held benchmark interest rates and resisted the movement toward easier policy following the conclusion of its two-day meeting on Wednesday. As the economy struggles in the midst of the biggest coronavirus wave yet, the Fed’s quarterly economic projections signaled that the central bank will hold its benchmark rate near zero through 2023.

In other economic news, the Commerce Department said U.S. retail sales, which measure purchases online, at stores and at restaurants, dropped a seasonally adjusted 1.1% in November from the prior month. This is largely due to the recent spike in Covid-19 cases. However, sales were up 4.1% when compared year over year.

The Innovator IBD 50 ETF (FFTY) rose a modest 0.25% on Wednesday. Top performers in the index included Dynatrace (DT) and Innovative Industrial Properties (IIPR). Both stocks rose over 3.5% each.

Bitcoin rose above $20,000 for the first time ever Wednesday with a 6.7% advance, according to Coindesk. The Grayscale Bitcoin Trust (GBTC) gained over 10% and hit a new 52-week high.

A few stocks from the MarketSmith Growth 250 list broke out on Wednesday.

Shares of Shopify (SHOP), an IBD Leaderboard stock, broke out from a cup-with-handle base with 1,112.51 buy point.

The stock remains in a 5% buy zone after rising more than 6%. The buy zone tops out at 1,168.13. Shopify features a strong RS Rating of 92, a Composite Rating of 97 and a rising relative strength line.

Meanwhile, shares of computer software design company Synopsys (SNPS) broke out from a flat base with a 246.79 buy point. Shares remained just below the buy zone Wednesday afternoon, after rising 1.4%.

Finally, IBD Leaderboard stock Chipotle Mexican Grill (CMG) gapped up and broke above a key 1,366.76 buy point in a double-bottom base, according to MarketSmith chart analysis. Shares rose 4% on Wednesday and are now inside the 5% buy zone which tops out at 1,435.09.

Through Nov. 30, Leaderboard stocks have delivered a portfolio-weighted year-to-date return of 45.2%. The S&P 500 has gained 12.1% over the same time frame, excluding dividends.

As for the Dow Jones, major tech companies led the upside. Microsoft (MSFT), Salesforce.com (CRM) and Intel (INTC) all were top performers on Wednesday, rising 2.2%, 1.2% and 0.6%, respectively.

Microsoft stock regained the 50-day moving average, a bullish sign. The stock is roughly 6% below the nearest 232.96 consolidation buy point. The company maintains a 75 Composite Rating and 54 Relative Strength Rating.

Elsewhere in the Dow Jones, companies leading on the downside included Walgreens (WBA) and Honeywell (HON), which fell over 2% each.

After Decisive Market Break, Look For This Signal

MarketSmith: Research, Charts, Data And Coaching All In One Place 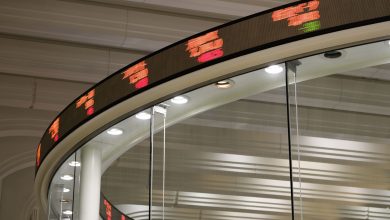 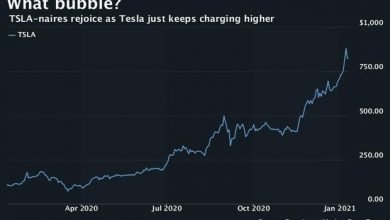 He began buying Tesla at just $7.50, and now he’s retiring at 39 years old with $12 million worth — he still refuses to sell a single share