Traders work on the floor of the NYSE.

With the stock market up nearly 70% in less than nine months, in a year when the S&P 500 made a new record high an average of every eight trading days, as individual investors have already thrown unprecedented sums into equities over six weeks and fund managers’ cash reserves sit near eight-year lows — who are the next ready buyers of this bull market?

There’s a sense in which it’s a fruitless and thankless exercise to identify the marginal buyers or sellers in a complex $35 trillion stock market with most inflows and outflows opaque. The market isn’t a bucket to be filled and drained, but a vast system of pipes and valves in which pressure can build and leaks can spring from many places.

We can cite “cash on the sidelines,” in the hackneyed phrase. But if it comes off the sidelines to buy stocks, that same amount of cash sits in the hands of the sellers. And share prices depend as much on their owners’ reluctance to sell and willingness to let winners ride and leverage build as from new buy orders. Prices move based on the relative urgency of buyers and sellers, not the raw quantity of dollars deployed.

Still, in what has come to feel lately like a seller’s market – fevered IPO activity, corporate insiders unloading shares heavily and everyone with 1,000 LinkedIn followers seemingly raising cash for a special purpose acquisition company – it’s worth assessing the popular arguments for where incremental demand might come from.

As noted here in recent weeks, this is a well-loved bull market that has entered the “belief phase.” In the most recent week, inflows into U.S. equity funds approached $30 billion, the fifth-highest total ever, says EPFR Global.

Bank of America’s global wealth and investment management clients’ equity exposure is near a two-decade high.

Demand for call options – leveraged bets on further stock gains – is running higher than it has since the late 1990s. And tactical trading firms in the National Association for Active Investment Managers have rarely been more committed to equities over the past 15 years.

Just because many investors are all in doesn’t mean the capital markets are maxed-out on stocks.

Money-market fund balances are some $1 trillion higher than they were before the Covid crash in the spring. This would seem to suggest individuals could be itchy to “equitize” this zero-yielding cash, and maybe so. But others have noted a good chunk of this apparent surplus reflects corporate cash, the proceeds of enormous debt issuance this year.

Either way, it represents potential energy for the market. Companies in a recovery tend not to sit on cash, and it’s likely that some combination of an aggressive restart of share buybacks and a hunt for acquisition targets is already in train. The Federal Reserve Friday just gave permission to big banks to begin repurchasing stock again, which will uncork tens of billions now sitting inert as excess reserves.

Not to mention those SPACs, which collectively have $63 billion in cash that must be used for an acquisition within two years of a SPAC’s launch. Private-equity funds hold many multiples of this amount, on which they would pile debt to acquire businesses.

While most measures of hedge-fund positioning show this crowd in a headlong chase of risk assets, a class of funds that follow systematic asset-allocation strategies have sat out. These vehicles typically take their cue from market volatility levels, and wait for implied volatility to ebb before expanding their equity exposure aggressively.

The S&P 500 Volatility Index (VIX) has been grudgingly declining but remains above 20, a rough threshold between an agitated and a calm volatility backdrop. In 2009, with the S&P having had a rally similar to this year’s off a climactic March low, the VIX finally closed under 20 on Dec. 22. If history continues to rhyme, at least vaguely, then these systematic funds could be your eager buyers of the highs.

And take a moment to consider index funds as the late-coming buyer of inflated stocks. These passive vehicles, fed by largely passive automatic retirement savings plans, now stand as potential forced bidders for more hyped-up growth stocks after they ingested Tesla at Friday’s close at 170-times next year’s earnings forecast after the stock’s 150% gain in six months.

There is now an unusual amount of market value in huge-cap growth stocks sitting outside the S&P 500, including Square, Workday and Zoom Video – not to mention the Ubers and Airbnbs and Snowflakes not close to qualifying due to lack of profitability. It would be an exaggeration to call S&P 500 index funds the market’s “greater fools,” but there’s a vein of truth in this.

Whether all these sources of demand become forceful buyers is less important than that hopeful investors can comfort themselves with the notion that they are out there.

Bull-market psychology feeds on itself: Investors roll over their winnings into new bets, focus more on reward than risk, reset higher their return expectations.

We’re very much in this mode entering 2021, with the consensus sure of a spring-loaded vaccine-enabled recovery, a Fed intent on erring on the side of easier rather than tighter policy, an anticipated drop in new corporate-debt issuance that will leave fewer risk assets to go around.

Bull markets thrive on a collective belief that other buyers await higher prices, a faith that gets tested and refreshed by swift corrections which come with little warning, just when the crowd is most convinced new buyers are plentiful. Such phases can carry on for quite a while, though not nearly forever. 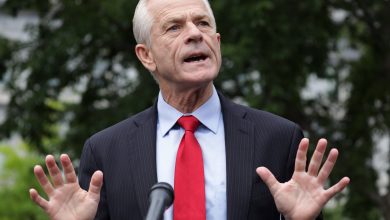 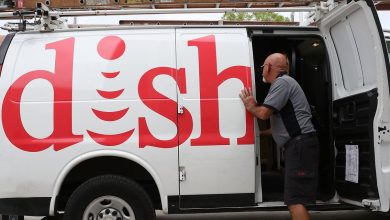 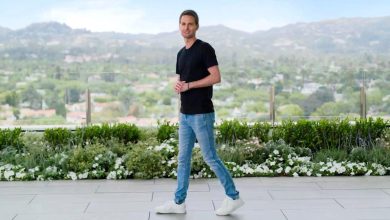 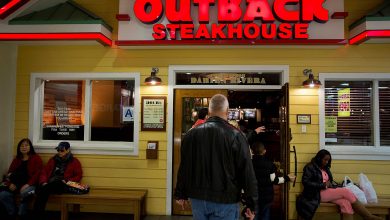 CEO of Bloomin’ Brands says sales at its restaurants are up over 2019 levels, finding workers is no problem