LONDON — A new chapter has begun in the history of Britain’s relationship with the rest of Europe.

Britain officially left the European Union last January after 47 years of membership in the now-27 member bloc, but a transition period that has lasted through 2020 has also now expired — as of 11 p.m. local time on Thursday.

Both sides have come a long way since the summer of 2016, when a referendum on EU membership saw almost 52% of British voters elect to leave the EU, and 48% vote to remain.

The vote, taken against a backdrop of Europe’s migration crisis, was the result of deeper divisions in Britain over what were seen as the advantages and disadvantages of being in the EU.

For Remainers, the EU represented (and still represents) the triumph of European unity, peace and cooperation forged after the destruction of World War II. EU membership allowed British citizens to travel, work, study, live and move freely in the European Union.

For Leavers, however, exiting the bloc represented a chance to regain power over the U.K.’s decision-making, and to a large extent, its destiny. The vote to leave was the fulfilment of years of doubts over the direction the EU was taking, its aim at “ever closer union” sending a shiver up the spines of long-standing euroskeptic politicians, mainly within the ruling Conservative Party, and sections of the British press.

For Leavers then, Brexit represented an opportunity to “take back control” (a well-worn slogan for the Leave campaign) and the chance for Britain to set its own rules free from Brussels.

Nonetheless, the process of leaving the economic and political bloc, a separation following decades of often-difficult relations, has claimed its own victims among the British political establishment.

David Cameron, British prime minister at the time of the referendum, resigned the day after the result. Then, former Prime Minister Theresa May resigned in mid-2019 after several failed, messy attempts to get the British Parliament to approve the Brexit deal, or “Withdrawal Agreement,” she struck with the EU.

Boris Johnson took over from May 2019 and then won a landslide majority in a subsequent election late in the year, having promised to definitively deliver on the referendum result (although this did not stipulate what the future relationship between the U.K. and EU would look like) and reach a post-Brexit trade deal with the EU.

Leavers like Johnson had promised that reaching a post-Brexit trade deal with the EU would be easy. It has proved to be anything but. The past year has been spent trying to nail down an agreement as Britain continued to follow EU rules and be a part of the single market and customs union.

U.K. and EU negotiations, led by David Frost and Michel Barnier, respectively, became a fixture of news headlines as the year progressed and time was running out to reach a deal. Sticking points between the two sides revolved around how to ensure fair competition, how to enforce and govern the trade deal, and fishing rights.

When a deal looked far from achievable, company leaders in Britain and the EU expressed deep concern at the chaos that might ensue should a no-deal scenario play out, in which rules that had governed trade between Britain and the continent were scrapped overnight, leading to a dreaded “cliff-edge” scenario on Jan. 1, 2021.

However, at the 11th hour and ahead of the Dec. 31 deadline, the negotiating teams reached an agreement on Christmas Eve, forging what was described by the British government succinctly as a “zero-tariff zero-quota deal.”

Hailing the deal, Johnson said that “the arguments with our European partners were at times fierce but this, I believe, is a good deal for the whole of Europe.” For her part, European Commission President Ursula von der Leyen called the deal “fair” and “balanced,” adding that Europe would continue to cooperate with the U.K., which she described as a “trusted partner.”

Earlier this week, ambassadors to the 27 EU nations formally approved the trade deal, and on Wednesday, it was approved by a majority of U.K. lawmakers in Parliament. The European Parliament is set to vote on the deal in January.

Now, new trading arrangements have gone into effect between the EU and U.K., and businesses have been told to expect disruptions and changes, and more paperwork.

Polls show that Brits are as divided as ever over whether the decision to leave the EU was the right one. A BBC report looking at a handful of opinion polls in recent months showed that on average, 53% would vote to remain in the EU and 47% to leave, if asked again.

That has raised the dim and perhaps distant prospect that, one day, the U.K. might even rejoin the EU. Johnson said last week the U.K. would remain “culturally, emotionally, historically, strategically and geologically attached to Europe” and would remain a staunch ally of its neighbors.

As the trade deal cleared Parliament on Wednesday, marking the final chapter of four fractious years of divorce proceedings and the start of a new relationship, Johnson said “the destiny of this great country now resides firmly in our hands.”

“11 p.m. on the 31 December marks a new beginning in our country’s history and a new relationship with the EU as their biggest ally. This moment is finally upon us and now is the time to seize it.” 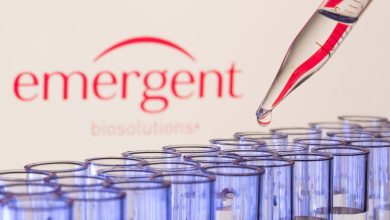 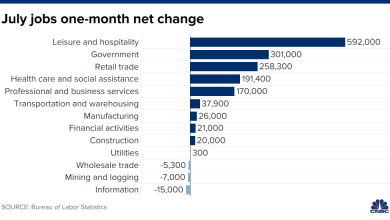 Here’s where the jobs are — in one chart 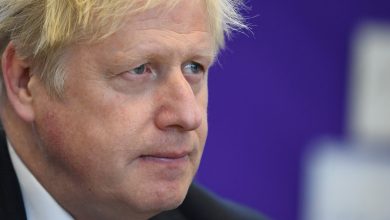 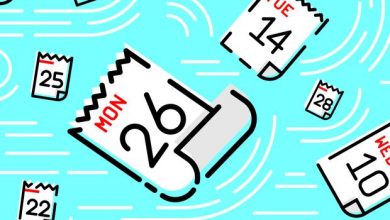 Amazon, Exxon Mobil, Pfizer, Alphabet, and Other Stocks for Investors to Watch This Week