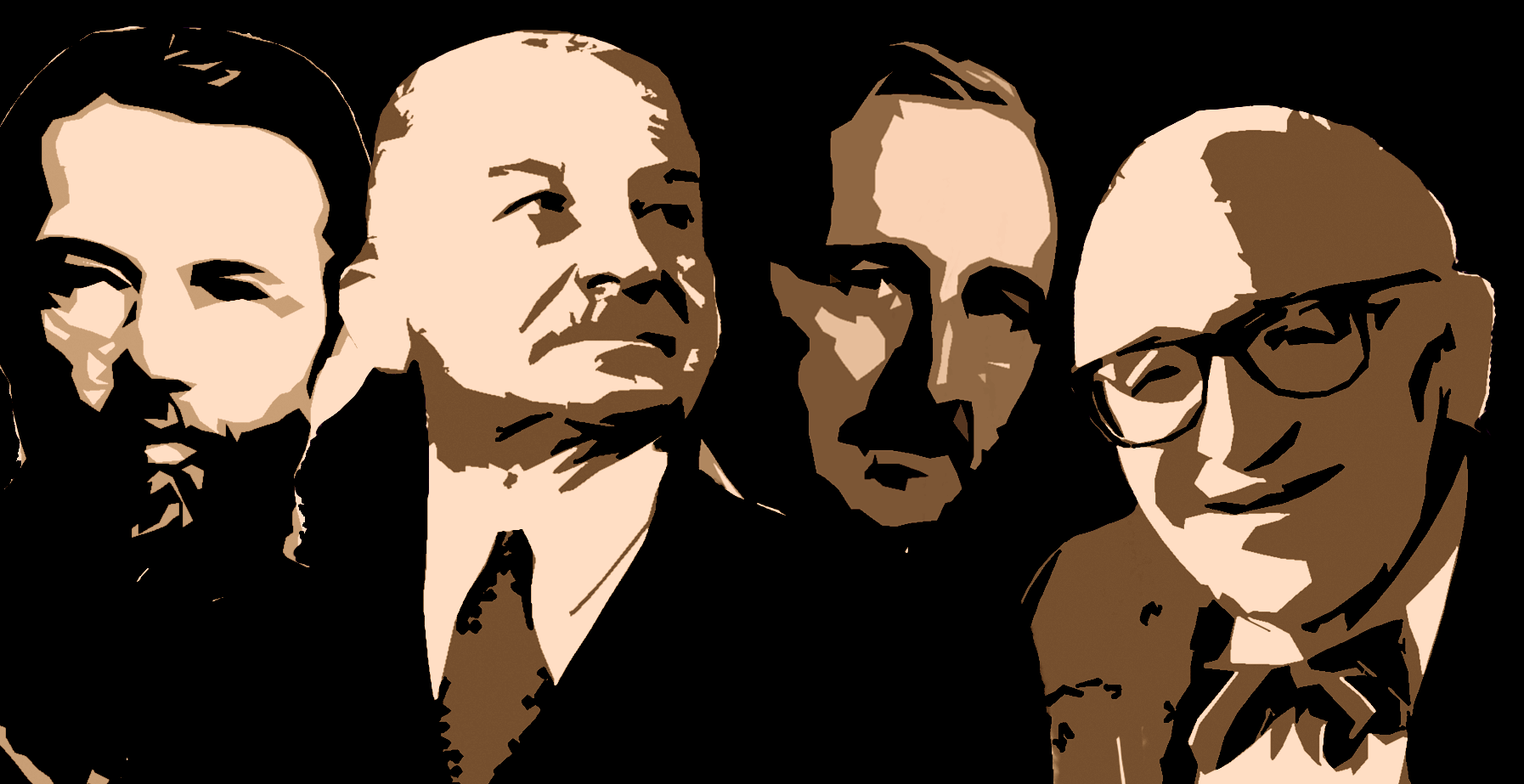 Bitcoin’s price continues to climb, a consistent flow of BTC is leaving exchanges and bitcoin “whale” sightings are becoming more frequent. But beyond the market frenzy, how does it all work?

Is bitcoin money or a technology? Is it a store of value like gold or does it emulate Milton Friedman’s “e-cash” idea?

And while the world struggles to come to terms with bitcoin – perhaps most clearly shown in the discrepancy between bitcoin’s current price and asset manager Guggenheim’s $400,000 figure – it’s helpful to revisit the digital asset’s fundamentals.

Bitcoin’s groundwork is laid out in the 2008 white paper published by its pseudonymous founder, Satoshi Nakamoto. In the paper, Nakamoto describes their original intentions for the new money protocol, labeling Bitcoin as a proof-of-concept technology functioning as “a purely peer-to-peer version of electronic cash.”

The system is also designed to prevent government agencies – or anyone else – from affecting the Bitcoin network’s monetary supply.

“Bitcoin was designed to oppose the existing fiat paper money and central banking regime that has reigned now for a century over the global economy,” Mark Thornton, senior fellow at the libertarian-leaning Ludwig von Mises Institute, told CoinDesk in an email.

Related: What Is Proof-of-Work?

Nakamoto goes on to describe Bitcoin’s network analogously to gold. The shiny metal has long been held as a store of value due to a few qualities, namely its natural scarcity and fungibility.

In a similar manner Nakamoto wrote that Bitcoin miners expend “CPU time and electricity” to mimic gold miners smacking away at the Earth’s crust. In return, they receive a portion of bitcoin from the network itself while sending transactions on behalf of Bitcoin users.

Yet, Nakamoto’s argument by analogy of bitcoin to gold does not stand alone. Rather, it is on the shoulders of contributions from others, including academics, over many years. Indeed, Bitcoin’s features such as a hard supply cap and slow inflation rate lends itself naturally to a few select economic schools, particularly those focused on the free market. Valuing the bitcoin cryptocurrency is complementary to these ideologies.

Bitcoin has storied academic roots, regardless of its reputation for use in illicit markets. Two prominent economic schools of thought, the Austrian school and the Chicago school, are often cited by Bitcoiners as accomplices in the task to free money from government printers.

The Austrian school was founded by Viennese professor Carl Menger in the late 19th century. Even at the time, Menger was known for heterodox views and for sparring with the dominant economic thinking of the time (not much differently from many Bitcoin advocates today).

Arguably, Menger’s greatest contribution to Austrian economics was the development of the subjective theory of value, a component of the study of human action known as praxeology. Menger argued the value of any good is derived from humans themselves; that is to say, no good or service holds intrinsic value.

Menger’s arguments were taken further by the next few generations of Austrian economists including Ludwig von Mises and F.A. Hayek in the mid-20th century. Mises, for one, crafted an argument demonstrating that the market created money, as opposed to the view that the government created money, known as Chartalism.

Hayek, winner of the 1974 Nobel Prize, would go on to advocate the creation of a money system outside of government in the later 20th century.

Milton Friedman, the most well-known member of the Chicago school of economics, also called for the creation of a digital currency. Friedman believed an “e-cash” was not only a necessary component to the newly founded internet but also a logical tool for limiting government overreach.

“Friedman famously argued for a k-percent rule (growing the money supply by a set, pre-announced % every year, regardless of what happens in the country) and for having monetary policy set by a computer (where it could not be corrupted by humans),” Paul Sztorc, former statistician at the Yale Economics Department and creator of BitcoinHivemind.com, told CoinDesk in a Telegram message.

“By the 2000s Friedman believed that the U.S. should just adopt a ‘fixed supply’ of base money, and declare that they would never change it. Bitcoin instantiates all of these principles.”

It’s important to note that Bitcoin is a technological product backed by, or even adopted by, a previous community. That, in itself, distinguishes it from other fringe monetary movements such as #MintTheCoin, which is a purely community-driven phenomenon.

The central tenet of Bitcoin is its 21 million BTC supply cap. The network’s rate of inflation is fixed similarly to how much gold can be mined from the Earth every year.

The issuance of Bitcoin decreases every four years in an event called a “halving.” These technical events decrease the supply of BTC created every 10 minutes by the network until no more BTC will be mined sometime in 2140.

The Bitcoin network’s last halving occurred two months into a global pandemic that spurred trillions of dollars of money printing by the U.S. Federal Reserve and other central banks. Indeed, Bitcoin miner F2Pool included a New York Times headline in the last block mined before the halving:

Bitcoin’s supply schedule mimics gold, making it a “complete contrast to central bankers who can create money out of thin air,” Thornton said.

“As such, bitcoin has performed very well over the past several years as central banks seem to be hell-bent on destroying the value of their currencies. This would, of course, include the Federal Reserve, the European Central Bank and the Bank of Japan especially. They along with many other central banks have reduced their policy rates to near zero, or even negative rates,” Thornton said.

Bitcoin skeptics often decry a lack of intrinsic value, a lack of cash flows and a lack of historical precedent for the digital asset, among other points.

Indeed, a rise above $20,000 per bitcoin does not invalidate “bear” sentiments, CoinDesk Director of Research Noelle Acheson said. Bitcoin could crash down to Earth at any point. But that’s also what makes it interesting as an asset class, she said.

“One of the most fascinating things about bitcoin is that it doesn’t conform to standard valuation techniques. There’s no cash flow to discount and no physical assets that back it up,” she said.

Bitcoin and gold hold some correlations from a theoretical standpoint, but it depends on what point you focus on, Acheson said.

“Like gold, it is worth what someone else is willing to pay for it, and that is impacted by overall market sentiment, inflation expectations and technological trends. Unlike gold, though, bitcoin’s supply is not at all impacted by its price, which is one of the reasons it will always be more volatile: There will never be an increase of new supply to meet increased demand,” she said.

Eric Turner, director of research at market data provider Messari, said the $20,000 bitcoin price reached early Wednesday is “an important psychological milestone” for the digital asset as all investors stand in the green. Moreover, Turner said, bitcoin as digital gold “is really the big story of the year,” particularly against a backdrop of “macro concerns and poor monetary policy.”

“In my opinion this is just the start for this cycle, which is going to be dominated by larger and more established institutional investors adding allocations to BTC. The real tipping point is if pensions, endowments and sovereign wealth funds start to get in the game. Whether that is this time around or next cycle remains to be seen,” he said.

“Given the sheer distance bitcoin has to travel (from being totally obscure in the beginning, to being one half of every trade in the future global economy), it is probably more accurate to think of BTC as an investment in a unicorn-style winner-take-all tech-company,” he said.

Still, a higher price per unit translates into not only additional attention to the asset but more throughput in U.S. dollars and a larger security budget protect itself against adversaries, he said.

Robert Catalanello, president and CEO of over-the-counter broker B2C2 USA, told CoinDesk in an email bitcoin’s price rise “supports our view that crypto in general, and BTC in particular, is increasingly being viewed as a store of value.”

The last few weeks of price action bouncing between a range of $18,000 and $19,600 were a contest of miners offloading mined BTC and “new entrants, including many traditional finance clients, and selling from miners,” Catalanello added.

“There was a tremendous amount of supply from the latter, and that makes the move today even more impressive as we doubt the demand would have been there even three to six months ago to satisfy the supply,” he said.

Thornton, on the other hand, contextualized bitcoin’s breakout within the global pandemic, Brexit and other macro events. An all-time high event does not preclude the possibility of another “shape retreat in 2021 like we saw in 2018,” although he said he would not be surprised by further price gains.

“Despite these reservations nothing has fundamentally changed that supports higher cyber currency prices in the future as well as ongoing attempts on the part of central bankers and governments to capture and control this new form of currency,” he said. 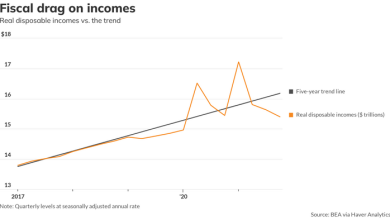 The party’s over: The Fed and Congress have pulled their support from workers and investors 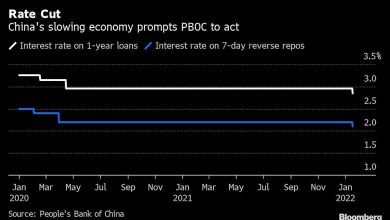 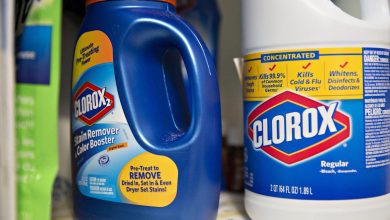 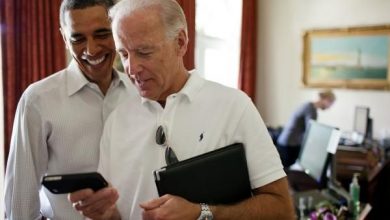