Bullion off with a bang

In January, the top five most read articles were about the gold price rally with Iran standing down drops gold price by most in six years scoring nearly 100,000 views. It’s an almost forgotten incident today given interceding events, but geopolitical strife always plays a role in burnishing gold’s safe haven credentials – especially when it comes to nuclear weapons and the Middle East.

MINING.COM’s readers also flocked to this gold story which summed up the sentiment on bullion boards at the beginning of the year: Gold price rally surprised even world’s top 30 analysts

Gold topped $1,600 an ounce for the first time since 2013 in February and stunningly, predictions of a rise to above $2,000 made at the time panned out just five months later as central banks globally began flooding markets with cheap money to counteract the economic impacts of covid-19.

V is for V-shaped

While gold bugs were vindicated, the devastating impact of coronavirus became evident in other markets – dropping an iron ore shipping gauge by 99.9% and a copper price plunge sinking mining stocks.

While iron ore prices remained resilient in March at the height of the pandemic panic, copper dipped below $2.00 a pound for the first time since the global financial crisis.

But even at the time there were first signs of a V-shaped recovery on metals markets with a   40-year cost curve chart showing the copper rout was likely over and China’s $570 billion stimulus raising hopes for copper, iron ore.

At the beginning of March we launched an EV Metals Index to track the value of battery metals – lithium, cobalt, nickel and graphite – in electric vehicles sold around the world with data going back to the beginning of 2017.

By May this year, the index had fallen to a 28-month low with empty dealership showrooms around the world only to rocket in October to an all-time high.

Another green energy milestone was reached in April with renewables overtaking coal-fired power generation for the first time but the pain for the beleaguered US coal industry had been evident for a long time.

Rocks down to electric avenue

While pandemic related stories dominated MINING.COM’s news coverage in the early part of the year, readers were also closely following the emerging mining and electric vehicle narrative: Tesla’s China surprise for cobalt and nickel bulls and boost for rare earths garnered over 50,000 views (and some fierce disagreement).

With predictions that EVs will be $350 billion market in just 15 years and Tesla’s move into mining, news about battery metals ranked highly throughout the year.

While hard rock lithium miners in particular were struggling in 2020, interest in battery nickel was sparked by Elon Musk’s offer of “giant contracts” to responsible nickel miners despite warnings that the automaker is going to have a hard time finding clean nickel and the launch of a new nickel price as attention shifts to green supply.

Two honks for the muskmobile

2020 was still early days for mining and electric cars and automakers appear to have a blind spot when it comes to the likely direction of lithium, cobalt and nickel prices.

Our most discussed article of the year was an opinion on Tesla’s much anticipated Battery Day. Mines are the biggest holes in Tesla’s $25,000 car plans may be only the first clash between big tech and big mining as a 100%-EV world approaches.

When you’re in a hole stop digging, or maybe don’t

A chronicle of how the open pit expansion of Olympic Dam went from the mother of all digs to “debottlenecking” and the troubles at Oyu Tolgoi in 2020 once again emphasized the difficulty of delivering on multi-billion dollar projects.

By comparison things are going swimmingly at two other mega copper builds: Grasberg looks poised to return to its go-go days as it goes underground and Kamoa Kakula is ahead of schedule to become the world’s second largest producer of the bellwether metal.

Not sitting on a gold mine

2020 was also the year short sellers went after two of the biggest gold projects in the world, both located in Alaska. In July, JCap, a firm famous for exposing overvalued Shanghai stocks, accused Northern Dynasty of “gaslighting investors” about its Pebble project and said Novagold’s Donlin is “a stock promote, not a mining plan.”

Novagold shot back, saying JCap wove “a tapestry of deceit” and followed up with a lawsuit. Northern Dynasty also engaged lawyers after calling the report “fatuous and flimsy”, but the project suffered a setback in November when the US Army Corps of Engineers denied a key permit.  Northern Dynasty is fighting on to build the giant copper and gold mine.

In September, Barrick’s controversial Pascua-Lama project on the border between Argentina and Chile, received a court order for “total and definitive” closure.

Sitting on a gold mine

The rally in gold and silver prices remained at the top of the news, but away from financial markets gold was also a point of discussion with  Papua New Guinea’s row with Barrick Gold over the Porgera mine breaking in April and remaining a contentious topic throughout the year.

Whether the deal struck in October, giving the government a large stake in the mine brings finality to the dispute remains to be seen.

Canada advanced in the race to become the world’s top gold producer in July after the approval of Iamgold’s Côté project in July while Pure Gold’s Ontario mine poured first gold this week. But Russia seems more likely to overtake China particularly if Polyus gives final approval for Sukhoi Log which could become a 2.3 million ounce per year mine.

The beginning of June saw the news about Rio Tinto destroying a 46,000 Aboriginal cultural site that led to the ousting of top executives including CEO Jean-Sébastien Jacques in September.

While Rio is rebuilding ties with indigenous Australians the destruction of Juukan Gorge in Western Australia will likely reverberate in the mining industry for years to come.

In contrast, Glencore CEO Ivan Glasenberg’s departure was signposted well in advance with insider Gary Nagle, head of its coal division, tapped to set the Swiss company’s strategy to cut emissions by 40% in 15 years.

Amid stiff competition, the iron ore spectacular run to near-decade highs is one of the biggest stories of the year, but in June visitors to MINING.COM were more interested in watching a 400,000-tonne ore carrier sink to the bottom of the ocean, reading about how the moon is richer in metals than previously thought and a gold discovery in Egypt that received a combined 200,000 visits.

Diamonds in the rough, and in batteries

Making news early in the year was a slump in the diamond market and Rio Tinto’s decision to end production at the Argyle mine in Western Australia, with the iconic producer of pink diamonds officially shutting its doors after 37 years and 865 million carats in November.

MINING.COM’s readers also sought out lighter fare as the pandemic raged – Ritchie Bros. sells Volvo ‘Gold Rush’ excavator for $290,000 was a favorite while a story about Roman-era warships found at a Serbian coal mine also provided a diversion.

With 204,000 readers, our second most popular story of the year – NASA finds rare metal asteroid worth more than global economy  – appeared at the end of October, one of many science and technology stories that caught the attention this year including: Gold, vanadium, europium reveal the existence of mysterious particle and Nano-diamond battery that lasts for 28,000 years closer to becoming commercial product.

In August, the gold price reached a new all-time high above $2,000 as investors piled into ETFs in record numbers. The precious metal went into correction mode over the following months and one of the articles covering the decline ended up as MINING.COM’s most popular story of the year, with 415,000 reads.

The future of the gold industry was under discussion the entire year amid countervailing warnings that we’re a long, long way from running out of gold and that the industry is facing a reserves crisis needing $37 billion worth of projects by 2025.

While gold was retreating, De Beers had some good news for the suffering diamond market, saying that prices had bottomed out and towards the end of the year – and after many wild swings – copper and iron ore prices (joined by zinc and nickel) were setting multiyear highs as China sucked up the world’s excess metal and the incoming US administration promised infrastructure spending, green stimulus and support for domestic battery metal mining. 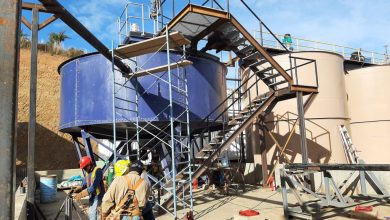 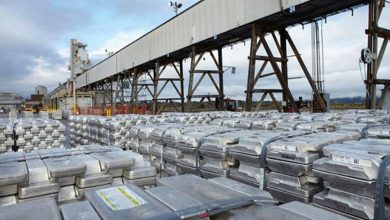 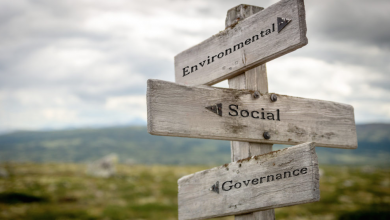 Mining companies need to be leaders in ESG — report 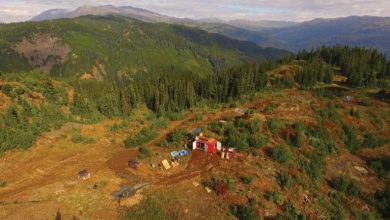