“This is the culmination of five years of hard work to arrive at a product that has credibility in the market,” Jean L’Heureux, Mason Graphite’s chief operating officer, said in an interview. “The 500 cycles target is considered to be a significant milestone in the battery industry, and we were also able to demonstrate that it is repeatable.”

During the battery charging cycle, the SPG acts as a host for lithium ions that migrate through the electrolyte from the cathode (usually made from lithium metal oxide) to the anode, where they attract electrons from an external circuit and are stored as lithium in the anode’s graphite structure.

Conversely, during discharge, lithium ions are released from the anode as they give up electrons to the external circuit, move to the cathode, and are again stored as lithium.

To produce SPG grains for use in the battery’s anode, the graphite flakes must first be reduced to about 40 microns in size and then rounded to produce SPG grains of between five and 20 microns. These micronized and spherical graphite structures, which resemble a clenched fist, are then purified using sulphuric acid.

“The higher the purity of the SPG, the better it is at storing the maximum amount of energy and maintaining the reversible capacity of the battery,” said Henri Wilhelm, the company’s advanced applications and product specialist. “The SPG particle grain size and shape are also important, as the micron-sized rounded particles allow for a thin and densely packed anode.”

The company has been able to produce SPG grains of 99.95% purity with an average grain size of 20 microns, he said.

The final stage involves coating the graphite with a carbonaceous precursor and baking it at over 1,000 degrees Celsius, which produces a hard, thin carbon shell that “smoothens” and reduces the grain’s surface area, improving the battery’s cycling efficiency and energy storage capacity.

The coating also prevents the graphite from reacting with the battery’s electrolyte, which reduces the battery capacity and life.

Graphite was first discovered at Lac Gueret in 2001 by Exploration Esbec Inc., a mineral exploration and production company based out of Sept-Iles, Quebec. The following year, Quinto Mining Corp. optioned a block of claims from Exploration Esbec, which now constitute the core of the current property.

Quinto conducted sporadic exploration of the property between 2002 and 2007, including trench and geological mapping, channel sampling, geophysical surveys, and drilling. However, very little work was carried out to develop the project.

Mason acquired the property from Cleveland-Cliffs in 2012.

That same year the company completed a 163-hole infill drill program and then tested its first laboratory-scale concentration process on mineralised samples from the project.

Mason Graphite conducted additional metallurgical work on core samples from 2014-2015, with the first pilot test performed on a bulk sample in 2014.

In 2015, Mason started its “first transformation” by developing the deposit and mine concentrator.

Detailed engineering work for the mine was started in 2017, and the company purchased the main processing equipment for the concentrator, located in Baie-Comeau, 285 km to the south of Lac Gueret, in 2018.

Although the detailed engineering design work is 75% complete, said L’Heureux, it has been put on hold due to the currently oversupplied market of cheap graphite from China.

But he is optimistic, like many industry analysts, that the price of graphite will increase over the next few years as the use of energy storage technologies ramps-up and the demand for graphite outstrips current supply.

In 2018, the company released an updated feasibility study (FS), which outlined an open-pit mine producing 51,900 tones of graphite concentrate a year over a mine life of 25 years.

The study pegged capital costs at C$258.2 million with an after-tax payback period of about four and a half years. Operating costs were estimated to be C$627.3 million over the life of the mine for an average production cost of C$483.77 per tonne of graphite concentrate.

The FS, which used an average graphite concentrate price of $1,933 per tonne, forecast an after-tax net present value of C$278 million, at an 8% discount rate, and an after-tax rate of return of 21.7%.

“The high production grade of the ore means the production and operating costs are low,” L’Heureux said. “Even though the project would be profitable at the current market prices, at the moment, however, it is not enough to attract investors.”

The unfavourable market conditions, he said, have had a direct impact on the company’s share price, making it very difficult to develop the mine and concentrator without significant dilution.

Until the graphite markets picks-up, the company is focusing on the “second transformation” in the process by developing value-added products using graphite purchased from the market for a range of applications, including insulation, carbon brushes, brake pads, and clutch facings in cars, flame retardants, paints, and lubricants.

“We are also continuing to optimise the coating process to improve yield further, improve product quality, and adapt the process to uncoated spherical graphite coming from external sources of graphite,” he said. 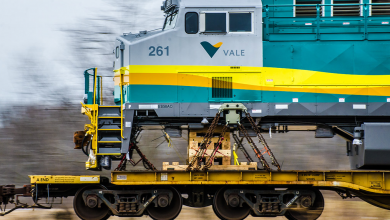 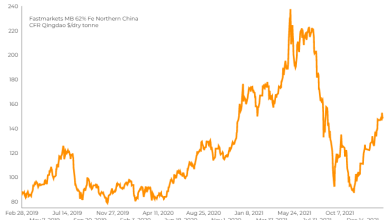 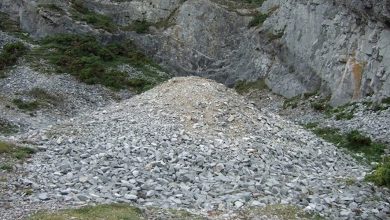 How to classify rocks during quarrying 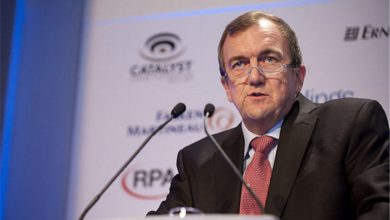 Combination with Freeport had a lot of logic – Barrick CEO