As Jack Ma was trying to salvage his relationship with Beijing in early November, the beleaguered Chinese billionaire offered to hand over parts of his financial-technology giant, Ant Group, to the Chinese government, according to people with knowledge of the matter.

“You can take any of the platforms Ant has, as long as the country needs it,” Mr. Ma, China’s richest man, proposed at an unusual sit-down with regulators, the people said.

The offer, not previously reported, appeared a mea culpa of sorts from Mr. Ma as he found himself face to face with officials from China’s central bank and agencies overseeing securities, banking and insurance. The Nov. 2 meeting took place a few days before Ant was supposed to go public, in what would have been the world’s biggest initial public offering.

Mr. Ma had angered Beijing by lashing out in a speech in October at President Xi Jinping’s signature campaign to control financial risks, saying it stifled innovation. Now, the regulators had called the meeting to voice their concerns about Ant’s business model.

His olive-branch offer at the meeting failed at saving the IPO and Beijing has since stepped up efforts to rein in China’s Big Tech giants.

“Ant Group cannot confirm the details of the meeting with regulators held on Nov. 2, 2020, because it is confidential,” a spokesman at the company said.

The suspension of Ant’s share sale of more than $34 billion that followed the Nov. 2 meeting was just the start. It was followed by a barrage of actions against what is dubbed the “platform economy,” or internet-based businesses championed by large tech firms.

Mr. Xi personally ordered Chinese regulators to investigate the risks posed by Ant, according to Chinese officials with knowledge of the matter, and to shut down Ant’s IPO.

People close to China’s financial regulators say there is no decision, for now, to take Mr. Ma up on his offer. One plan being considered involves subjecting Ant to tighter capital and leverage regulations, according to the people. Under that scenario, state banks or other types of state investors would buy into Ant to help cover any potential capital shortfall as a result of the tightened rules.

“The Chinese state has already effectively nationalized some of the financial infrastructure Ant built, such as the interbank payment system that became NetsUnion,” said Martin Chorzempa, a research fellow at the Peterson Institute for International Economics who specializes in China’s fintech sector, referring to the firm now controlled by the central bank that clears transactions between banks and third-party payment providers. “So there is a precedent for nationalizing platforms that are viewed as serving a critical policy purpose.”

The government under Mr. Xi’s leadership in recent years has shown a resolve to bring to heel private conglomerates viewed as undisciplined—however politically invincible their founders might have appeared.

Property tycoon Wang Jianlin’s Dalian Wanda Group, for instance, has been forced to sell assets, shrink its business and pay back bank loans. Anbang Insurance Group, another private high roller, has been taken over by the state, while its founder Wu Xiaohui in 2018 was sentenced to 18 years in prison for fraud and embezzlement. In addition, HNA Group, an airlines-and-hotel conglomerate, has had to pull back on aggressive acquisitions overseas and sell assets.

Until recently, Mr. Ma also had a reputation for well-cultivated political ties. He hasn’t made any public appearance since his Oct. 24 speech.

For years, companies including Ant and e-commerce giant Alibaba Group Holding Ltd. BABA -1.68% , both controlled by Mr. Ma, and internet conglomerate Tencent Holdings had largely enjoyed relatively little government oversight of their quest to build and expand internet-based payment, lending and other businesses.

With Tencent’s WeChat and other apps developed by these firms, millions of Chinese consumers and small-business owners can make a purchase, hail a taxi, execute an investment or even take out a loan with a swipe on their smartphones. Firms such as Alibaba and Tencent have become so successful that Chinese leaders including Premier Li Keqiang regularly hail the use of the internet and big data as crucial in driving future economic growth.

However, Beijing’s leadership also has shown increasing unease with the wealth and influence these firms have built as well as the risks posed by their lightly regulated activities, such as online lending made popular by Mr. Ma’s Ant. In addition, the big tech firms in some instances have complicated the government’s own effort to use data and technology to tighten social control.

In November, China released draft regulations aimed at preventing these firms from colluding to share sensitive consumer data, forming agreements to block out smaller rivals and engaging in other anticompetitive behavior. Earlier this month, a meeting chaired by Mr. Xi of the Communist Party’s Politburo pledged to strengthen antimonopoly efforts next year and to “prevent the disorderly expansion of capital”—a message seen as portending a larger crackdown on internet giants.

Chinese officials say the leadership is particularly concerned that highflying entrepreneurs such as Mr. Ma keep attracting capital while exposing the financial system to greater risks.

Even before the halt of Ant’s IPO, for instance, regulators were already worried about the frenzy over the deal. The stock sale would have valued the company at more than the likes of JPMorgan Chase & Co. and Goldman Sachs Group.

Shortly after the Politburo meeting, China’s antitrust regulator fined Alibaba and a Tencent subsidiary for some acquisitions made in years past—again signaling the days of laissez-faire are over.

Major news in the technology sector.

The trend has its parallel elsewhere in the world. The U.S., for example, is stepping up its antitrust investigations into Facebook Inc. and Alphabet Inc.’s Google to determine whether they abused their dominance of social media and online search and advertising, respectively, in the internet economy.

In China’s case, however, state-owned enterprises tower over the country’s telecommunications, financial services, airlines, energy and other sectors. By emphasizing “antimonopoly” now, Mr. Xi is squarely aiming at China’s internet giants that have harnessed unprecedented data on millions of Chinese consumers and businesses.

Alibaba and Tencent have sometimes heeded demands from law enforcement and other authorities to access user data, but they have so far resisted routinely sharing swaths of data that could help the government in other ways, such as building a consumer-credit scoring system akin to FICO used in the U.S.

The country’s central bank and traditional lenders don’t have the direct line to China’s free-spending younger consumers as Ant does. The company’s Alipay app is used by one billion Chinese, which has enabled it to collect troves of consumer data and use proprietary algorithms to assess individuals’ creditworthiness. But its data so far hasn’t been fully integrated into the central bank’s credit-scoring system, and such information gaps positioned Ant as a valuable partner to originate microloans for banks, especially smaller ones. In return, Ant pocketed handsome profits.

For now, regulators are debating whether Alipay or any other parts of Ant’s business represent monopolistic competition and if so, what actions should be taken against the firm.

“The odds of nationalizing at least parts of the company are not zero,” says a government adviser in Beijing.

—Jing Yang contributed to this article.

Appeared in the December 21, 2020, print edition as ‘Ant Group’s Ma Made Offer in Bid To Placate Beijing.’ 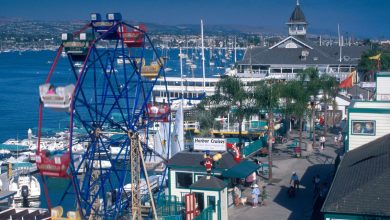 The 10-Year Treasury Yield Is Nearing 3%. That’s a Bad Omen for the Stock Market. 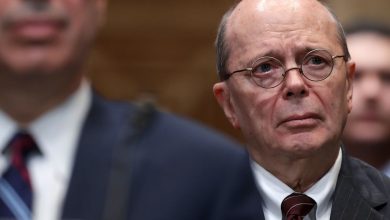 Biden’s $80 billion proposal to fund IRS is ‘dramatically in excess of what the IRS needs,’ says former acting commissioner under Trump 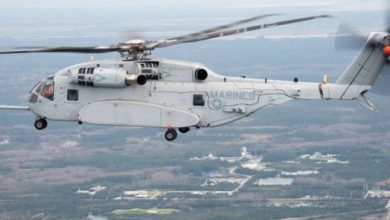 Could The Lockheed Martin Corporation (NYSE:LMT) Ownership Structure Tell Us Something Useful? 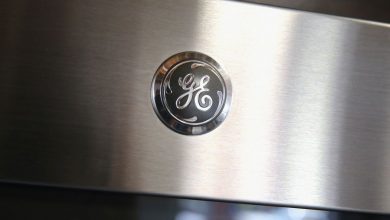 GE Stock Is Hot. That’s Why the Company’s Annual Outlook Call Is a Big Deal.