In June 2018, Giuseppe Conte — a lawyer and academic with no political experience — became Italy’s prime minister because of a compromise.

At the time, the then-leaders of Italy’s anti-establishment Five Star Movement (M5S), Luigi Di Maio, and the anti-immigration Lega party, led by Matteo Salvini, couldn’t decide between them who would be prime minister after they formed a coalition government.

So they appointed Conte, an independent not allied to either party, to the top job. He was largely seen then as a technocrat, in the role purely to oversee Lega and M5S’ government program.

That did not run smoothly, however, and power in Rome has since changed hands. This came after Salvini, in the summer of 2019, filed a vote of no confidence in Conte.

This forced the collapse of the coalition government (to which he belonged), triggered an election, and was widely seen as an attempted power grab by Salvini, a divisive but popular politician who at the time was riding high in voter polls.

The move backfired, however, with the M5S and Democratic Party (PD) agreeing to form a new government and Conte remaining prime minister. The unlikely alliance of M5S and the PD was a sigh of relief for many officials in Europe as it was seen likely to soften the more hardline euro-skeptic stance of the previous administration.

From coming into the role of prime minister almost accidently, some analysts say that Conte has actually thrived, becoming well liked among the public and managing political affairs well.

Italy is not an easy country to operate in politically; suffice to say, Italy has had five prime ministers in the last 10 years. Conte has certainly lasted longer in the post than other recent holders of the premiership; Conte’s predecessors Paolo Gentiloni, Mario Monti and Enrico Letta each lasted less than two years and Matteo Renzi only slightly longer than Conte’s current time in office.

“As with so many things in Italian politics, temporary and emergency measures often end up lasting well beyond their initial shelf-life. The prime minister post is no exception,” Federico Santi, senior Europe analyst at Eurasia Group, told CNBC.

“So I can’t say I’m too surprised Conte has lasted this long — though he has proven more resilient and adaptable than many gave him credit for initially. This is partly due to circumstance, partly due to Conte’s own ability to play to the political mood of the moment,” he noted.

Santi said Conte had come a long way from what he characterized as his first “hesitant and awkward press conference, which revealed how he himself could hardly believe the turn of events that propelled him to lead the EU’s third-largest country.”

To give Conte his due, Santi noted that he “really came into his own” in 2019 when Lega leader Salvini engineered the government’s collapse.

“Rather than appease him, Conte pushed back against the far-right leader — creating an opening for the center-left PD to replace Lega as M5S coalition partner. Once again, neither party wanted to relinquish control of the government to the other, which made Conte the obvious choice.”

Conte’s political inexperience and “uncontroversial” profile, and what one political analyst called his “polite, calm” personality — attributes that his media team have emphasized — could have helped to endear him to the public.

“Conte made careful and thoughtful use of the media, thanks also to the support of professional staff” who had helped to cultivate a media image of Conte as representative of “reliability and political competence, empathy, reassurance, and personal sharing in times of collective difficulty,” according to Marino De Luca, a Marie Sklodowska-Curie Research Fellow at the department of politics at the U.K.’s University of Sussex.

“In the beginning, with his inexperience, he seemed unable to last long (in the role). Instead, he has proven that he can withstand political attacks,” he told CNBC.

The coronavirus pandemic in 2020 would have been challenging enough for experienced political leaders, let alone one less than two years into the top job.

Conte found himself in the eye of the storm as the virus first emerged in northern Italy in February with the Italian government imposing localized lockdowns in Lombardy and the Veneto, where clusters of cases initially appeared, and then a national lockdown.

The pandemic could have prevented Conte’s opponents from trying to oust him from office, according to Eurasia Group’s Santi, but not for long.

“As with many other leaders on the continent — irrespective of their actual record in managing Covid-19 — Conte benefited from a noticeable ‘rally around the flag’ effect,” Santi said.

Yet De Luca noted how the pandemic had also brought about public criticism of Conte in Italy, particularly amid a second wave of infections. Italy is still operating under strict coronavirus restrictions which are not being relaxed over Christmas, as in other European countries, as Italy tries to avoid a third wave of cases.

“With the second wave, something has changed,” De Luca said. “His popularity has decreased. His choices are more contested by citizens or the self-employed and other categories of workers, such as restaurateurs for example,” he said.

Frictions have also emerged again in Italy’s ruling coalition, most recently over the management of EU recovery funds for Italy in the wake of the pandemic and reform of the European Stability Mechanism, the euro zone’s bailout fund.

Scores of rebels within M5S had threatened to oppose the government on supporting the reform at an EU level. But in the end Italy’s Parliament gave the go-ahead earlier in December (Dec.9) for the prime minister to approve the changes when EU leaders met at a summit on Dec. 10-11.

According to Wolfango Piccoli, co-president of Teneo Intelligence, the pandemic has allowed Conte “to concentrate power and secure significant leeway from his political backers” but he has since been found wanting.

“The government’s disastrous management of the second wave of Covid-19, coupled with the inefficient handling of the financial aid pledged to businesses and workers and an amateurish communication policy, have undermined Conte’s standing,” Piccoli said in a note.

Piccoli has forecast a limited cabinet reshuffle in January as the fragile governing coalition seeks to iron out its differences and formulate a new political program. But, he said, “looking further ahead, Conte’s third government will remain a fragile governing arrangement that is utterly inadequate to lead the country out of the economic quagmire precipitated by the pandemic.”

The prospect of new elections is still far off, experts say, for now, but Eurasia Group’s Federico Santi noted that “Conte is still on shaky ground,” nonetheless.

“None of the parties in the government want snap elections, which remain a distant prospect. But many in the coalition would welcome a change in government that brings in a new prime minister, backed by a similar coalition in parliament,” Santi said.

“I suspect that as the healthcare emergency gradually lets up next year, attempts to get rid of Conte will resume in earnest.” 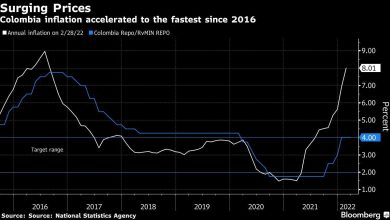 Colombian CPI Jumps More Than Expected to Fastest Since 2016 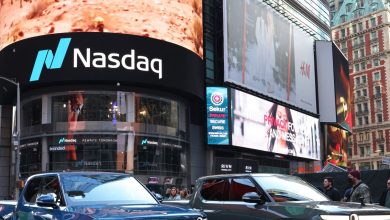 Here’s why tech could be the sweet spot for next year, but this hot sector is a no, says Wells Fargo 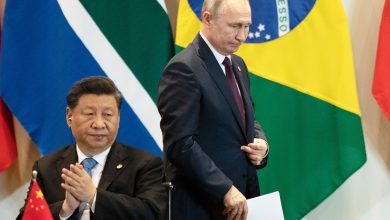 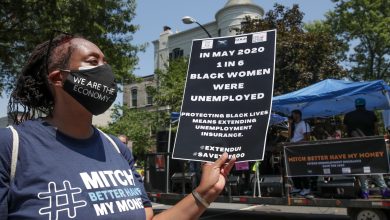