With the year almost over, we’re taking a look at all 30 stocks in the Dow Jones Industrial Average, starting with the worst performers— Boeing and Walgreens Boots Alliance —and working our way up to the highest-flying stock in the benchmark— Apple. The ranking may shift before the close of 2020 trading, but the stories behind the stocks shouldn’t.

Outsize gains for many chip stocks continue to be a theme amid the Covid-19 pandemic, as people turn to products offered by Big Tech to live, learn and communicate. But unlike many of its rivals, Intel (ticker: INTC) has had a lousy year.

Shares of Intel have fallen more than 21% year to date, making it one of the worst-performing stocks in the Dow. The benchmark PHLX Semiconductor Index has notched a roughly 50% gain so far this year.

Intel and other semiconductor makers have benefited in 2020 from demand for chips used in data centers and 5G equipment, along with strong interest in personal computers amid stay-at-home orders. Intel, however, has been punished by investors for a series of problems that are arguably of its own making.

The stock took its first major hit in July, falling about 16% after CEO Bob Swan disclosed that the company was delaying its transition to the next generation 7-nanometer manufacturing technique until late 2022. For years, the investing thesis around Intel revolved around its strength in integrating semiconductors’ design and fabrication under one roof. As Swan has previously told Barron’s, doing so allows Intel to keep margins all to itself.

Without its edge in manufacturing—which arguably has been eroding for years—Intel looks less attractive than rivals such as Advanced Micro Devices (AMD), which relies on the fabrication prowess of Taiwan Semiconductor Manufacturing (TSM).

The company faced a mixed October, when it was praised by Wall Street for selling its flash memory business to Sk Hynix. A few days after the announcement, Intel released its third-quarter results—which failed to assuage investors’ growing concerns about the manufacturing operations.

Perceptions around Intel were hurt when Apple announced new self-designed chips for its Macs, with plans for more reportedly on the way. Microsoft (MSFT) appears to have followed suit, as the company is developing its own chips for its Azure cloud servers and Surface devices, according to Bloomberg News.

Despite the negative sentiment, Intel has told investors it expects 2020 sales of roughly $75 billion—which would be the company’s highest annual revenue in its 52-year history. It’s expected to bank $20.68 billion in generally accepted accounting principles, or GAAP, profit—which is twice what analysts expect Advanced Micro Devices to generate in revenue.

Barron’s has taken a more contrarian view. In November, we wrote positively about the stock, making the case that it looks cheap relative to Intel’s strength, which is bolstered by sales, R&D, profits and other components. Intel plans to give investors more information on its plans to tackle the manufacturing issues as soon as next month.

Wall Street, however, is lukewarm: Of the analysts that cover the company, about 46% have a Hold rating on shares, and a quarter suggest selling it. The average target price is $52.65, which implies an upside of 12%. 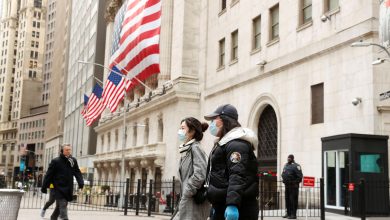 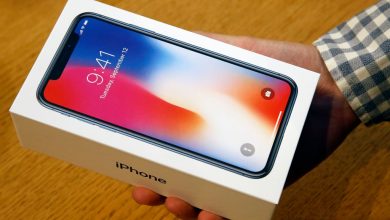 Does Apple’s (AAPL) iPhone 13 Even Matter?