The U.S. ranked as the 16th best country to retire in for 2020, right in the middle of the pack when it comes to retiree conditions around the world.

In 2020, the world was confronted by the coronavirus pandemic and the subsequent economic policies of governments that would affect retirement and the global retirement index. Even before the coronavirus hit, the retirement landscape didn’t look promising: low interest rates had been limiting income options for retirees for twelve straight years. Record levels of public debt were forcing public policymakers to make tough funding decisions. Plus, the growing impacts of climate change were causing disasters, risks to health, and decreases in environmental quality that would impact retirees.

At least, so concludes the latest edition of the Natixis Global Retirement Index (GRI), an analysis of 44 developed and developing countries based on a range of factors that affect retirement security.﻿﻿ The United States moved up two spots from No. 18 in 2019 to No. 16 on the 2020 index.

Produced by Natixis Investment Managers, the eight-year-old index takes a broad look at the factors that impact retiree well-being in each country. The researchers analyzed 18 indicators of retirement security, which are broken down into four major groups: the material well-being of older residents, retiree finances, quality of life, and health.

The index and accompanying 87-page report analyzed data from International Monetary Fund’s advanced economies, countries belonging to the Organisation for Economic Co-operation and Development (OECD), and the “BRIC” countries of Brazil, Russia, India, and China.

Analysis of the U.S.’ Ranking in the GRI

The U.S.’ modest step up to 16th place was largely the result of improvements in “quality of life” and “material well-being,” although still not strong. Notably, the United States has the sixth-highest income-per-capita rate in the world, but in the bottom 10 for income inequality. ﻿﻿

The report noted that the United States’ score was really dragged down by the Health sub-index; previously ranking in the top 10 for health, the U.S. dropped down to No. 16 in 2020 due to its average life expectancy of 78.54 years. Still, the U.S. spends more per person on healthcare than any other developed country in the world and ranked third for insured health expenditure.

In the United States, older individuals have also made up a large proportion of hospitalizations related to coronavirus.

Despite having the sixth-highest per-capita income in the world, the authors point out, it’s still in the bottom 10 for income inequality. U.S. Census data shows that on average, American women only make $0.82 for every $1 made by men. That’s not to mention that women of color are at a further disadvantage: Black women make only 62% of what White men do.﻿﻿ Still, within the Material Wellbeing category, the U.S. improved its ranking based on the unemployment indicator (going to 11th from 15th).

During the COVID-19 pandemic, the U.S. passed the CARES Act, which allowed individuals to take penalty-free hardship withdrawals from their contribution plans. tit scores poorly on government indebtedness. More than 3,000 individuals took out more than the maximum of $100,000 from their account.﻿﻿ In the Finances in Retirement sub-index, the U.S. ranked 11th due to an improvement in the interest rates but offset by declines in the tax pressure and old-age dependency (the ratio of retirees to working adults) indicator rankings.﻿﻿

In 2020, the U.S. improved in the happiness of its retirees and held steady on environmental factors. However, it has a lot of room to improve, holding the ninth-lowest rank in this indicator.

Iceland, Switzerland, and Norway all remained in the list of top three with the same rankings as last year. Generally, the strong presence of Nordic countries is notable, with Denmark coming in 9th place, Sweden in 11th, and Finland in 15th place. Sweden’s drop from No. 4 in 2019 was largely due to its decreasing average for real interest rates which directly impact retirees living on a fixed income.﻿﻿

Overall, these Nordic countries perform generally well in all sub-indices except within the finances category. Meanwhile, Norway also boasts the top scores for health and material wellbeing.

The report has previously cited several factors that make Northern Europe a model for retirees, including a strong social security system and healthy economic conditions throughout the region. “The Nordic countries typically finish near the top for most indicators and therefore provide a best practice template for retirement wellbeing,” the authors write.﻿﻿

The report suggests that a host of challenges threaten retiree security even in top-ranking countries, however. An aging population around the world, for example, is increasing the burden on younger workers to support the retirement system. And interest rates, still at historically low levels, make it hard for older individuals to maintain their standard of living as they leave the workforce. Five specific issues that the firm believes pose the greatest threats to retirement security include:

“The COVID-19 pandemic, economic crises, and other issues that have come to light this year have intensified longer-term threats. It will be important for individuals, employers, institutional investors, asset managers, and policymakers to plan for how they will take on the challenge of retirement security in the years and decades to come,” said Edward Farrington, Head of Retirement Strategies at Natixis Investment Managers, in a statement.

The U.S. is one of the wealthiest countries in the world, with high income per capita. But if the U.S. hopes to significantly improve its position on the Global Retirement Index, it has to tackle its issues with income inequality and retiree wellbeing. 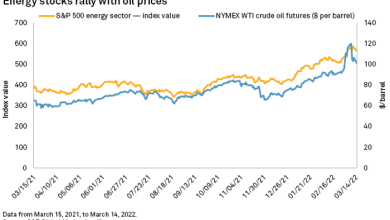 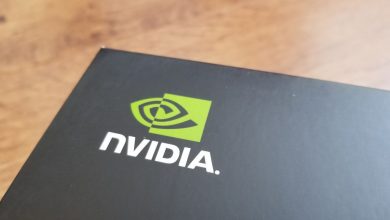 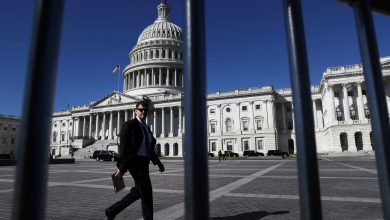 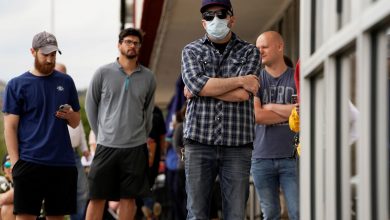