Growing up in Silicon Valley, surrounded by tech giants and start-ups alike, Shilpa Yarlagadda saw “so many companies,” but she “just never saw that many women in the C suite,” the 24-year-old founder of online fine jewelry start-up Shiffon told Marcus Lemonis on his upcoming CNBC limited series, “Streets of Dreams with Marcus Lemonis.”

So while still in undergrad at Harvard, Yarlagadda and some friends started Shiffon as a passion project to make money to fund women entrepreneurs. And much to Yarlagadda’s surprise, the business took off.

Now, since launching Shiffon in 2017, Yarlagadda is juggling school (she took a gap year from Harvard but is on track to graduate in 2021) with running a business in an industry she knew little about, learning as she goes.

It may not be a typical path to the jewelry business, but then not much about Shiffon is typical. In fact, Yarlagadda is building her business by deconstructing the traditional fine jewelry business model, selling direct-to-consumer online, and using the extra profits she makes by eliminating the middleman to fund start-ups that are led by women and that support women.

It started with a Google search

“I originally started working on [Shiffon] with classmates from high school and college. It was a fun passion project at first, and we didn’t realize it would turn into a real company,” Yarlagadda told Lemonis.

To figure out how to make jewelry, Yarlagadda started the way most young people start anything — she googled it.

“I read how to make jewelry on WikiHow,” Yarlagadda says.

The then-Harvard freshman also went to nearby Massachusetts Institute of Technology and knocked on professors’ doors to get permission to experiment with making jewelry with on the school’s 3D printers.

“One of the secretaries for a material science professor told me her boss had successfully 3D designed and printed his wife’s engagement ring. I thought that was really cool,” she says.

Around the same time, to help familiarize herself with the industry, Yarlagadda headed to New York City to visit the city’s famed diamond district (the subject of Lemonis’ premiere episode of “Streets of Dreams,” which travels to some of the iconic streets that fuel American’s vital business cultures). She stayed with a distant relative in Queens and took a two-hour subway to the district on 47th Street.

“I talked to so many people from CAD designers, casters, stone setters making pieces from the Tiffany blue book, polishers, stone sources and jewelry production companies that manufactured for some of the most high-end jewelry brands,” she says. “When I came to the diamond district,  I really saw how much craftsmanship can make a product stand out.”

When Shiffon finally launched in April 2017, it was with one design — an adjustable, spiral pinkie ring embedded with a small gem stone.

“Doing something simple well isn’t easy and we wanted to focus all our energy into making a hero product that could give back,” Yarlagadda says. “Inventory is also a large expense for many businesses starting, and because we didn’t have a lot of capital to start, we wanted to be wise in what we held onto.” (Yarlagadda says she started the company with $20,000 she won for a YouTube video she created.)

Early sales were by chance or through personal connection, Yarlagadda says. For example, she sold a ring to an Uber driver who overheard her phone call describing what she was trying to do with Shiffon.

The “most exciting” was when she would look at an online order and actually not know the buyer, she says. And in the beginning, that was often thanks to celebrities.

In 2017, the friends with whom Yarlagadda had started Shiffon all went back to school. So she soon recruited family friend Shreya Chaganti, as Shiffon was making big growth moves, and fast. The business surged forward in bursts, starting almost before Yarlagadda had all the organizational aspects of her start-up ready.

One such surge came after Yarlagadda persistently messaged Emma Watson’s stylist, Sarah Slutsky, on LinkedIn, trying to get Watson to wear the pinkie ring in public. Slutzky eventually took a call with Yarlagadda and put the pinkie ring on Watson in June 2017 when the star was in Paris doing a press tour for “The Circle.”

That was months before Shiffon’s website even started accepting pre-orders.

That September, Nicole Kidman and Shailene Woodley each wore the pinkie ring to the Emmys, where they accepted awards for the massively popular HBO series, “Big Little Lies.”

And that was just the beginning. A-listers from Serena Williams to Michelle Obama wore the ring. Obama even narrated a video encouraging women to vote that was done in a collaboration with Shiffon’s October release of a limited edition pair of hoop earrings. The campaign was posted to social media with the hashtag #HoopsToVote (a nod to the “hoops” women had to jump through to get the right to vote).

“The first time we sold a ring to someone we didn’t know or go to school with was when someone found us after an Instagram post from Emma Watson’s press tour,” she says. “Every time there was a big moment and people discovered our story, and that our ring could really fit anyone because it was adjustable, we would sell out.”

A tiny ring that makes a big impact

Yarlagadda declined to share numbers, but says revenue from sales (which are entirely direct to consumer via the Shiffon website) goes to back into the company to drive growth, and 50% of profits go to Shiffon’s non-profit organization, The Startup Girl Foundation, which invests in female founders and companies that support women.

“We definitely thought that because of the margins in jewelry we could really use those profits to do something good and to fund women led businesses now — which we funded 11 of,” says Yarlagadda.

Yarlagadda and Chaganti, 24, also offer mentorship to the start-ups they fund. They are, after all, building their own start-up at the same time.

“It’s so much better to have your own success while you’re also able to provide for other people’s success and that was really inspiration for our business model,” Yarlagadda says. “We really felt that if Shiffon’s success could lead to other women success, and other founders’ success, while building this collaborative community,” it could be a self-sustaining system of women supporting women, she says.

Watch “Streets of Dreams with Marcus Lemonis” premiering on CNBC on Tuesday, Dec. 29 at 10 p.m./ET.

This founder sold her start-up to Amazon at 27—now as a Google exec, she’s helping give back 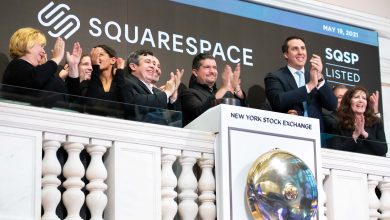 Squarespace CEO is worth $2.4 billion after web company he built in college debuts on NYSE 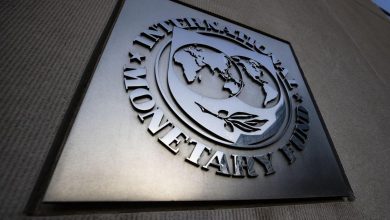 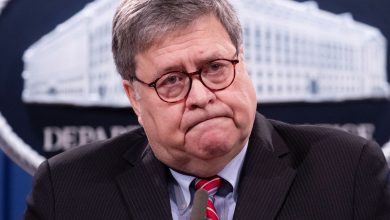 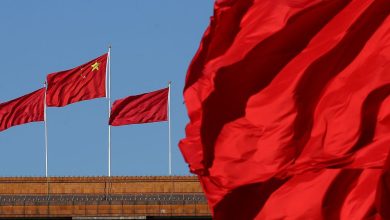