Liz Ann Sonders doesn’t fit the usual mold of chief investment strategist for a number of reasons, perhaps the biggest one being that her outlooks and commentary aren’t written for professional investors focused on price targets and short-term “alpha generators.” Sonders has, for the past 20 years, geared her analysis specifically toward individual investors at Charles Schwab (ticker: SCHW).

It was a bit of a lucky break. After studying economics and political science at the University of Delaware, she went to work as a portfolio assistant at a firm run by the late Marty Zweig—the prominent investor who coined “don’t fight the Fed.” In 1999, with an M.B.A. in hand, Sonders took a new job at U.S. Trust and quickly realized that she didn’t particularly like bottom-up stock-picking, and especially didn’t like being beholden to a single investing strategy—in this case, large-cap growth stocks during that infamously frothy period. Sonders found her escape hatch when Schwab acquired U.S. Trust in 2000 and her new bosses asked if she’d be interested in charting new territory as the firm’s first chief investment strategist. “I quickly learned that what was most important to the individual-investor client base at Schwab was quite different from what institutions were looking for from strategists,” she says.

In another departure from other strategists, Sonders also serves as the firm’s economist. “You have to connect those dots, and I’d rather connect them when they have both been formulated in my own head,” she says.

How does she connect those dots? “I’m a chronic insomniac, so I’m always up reading,” she says. We asked Sonders for her take on the current environment and what 2021 might bring. An edited version of the conversation follows.

Barron’s: Last year was atypical for so many reasons. How do you make sense of 2020?

Liz Ann Sonders: It’s this monster mashup of so many other periods and crises. The severity of the downturn in the economy is akin to what happened in the Great Depression, albeit hopefully much more short-lived. The speed with which the market crashed was reminiscent of 1987. It also makes me think quite a bit about Sept. 11 because of the human toll, and the financial crisis because of the effort that the monetary authorities have taken.

We’ve also effectively watched a full market cycle and a full economic cycle happen in a more condensed period of time than anything we have seen in the past. And that’s one of the most unique things about this market. If you would have laid this scenario out and said we’d have a bear market that started on Feb. 19 and ended on March 23, and that we’d be back at new all-time highs by early September, nobody would have believed you. It’s head-spinning. But there’s a lot that we can be proud of too, in terms of the resilience and human ingenuity with the vaccine.

There’s a push and pull. The vaccine has pulled forward the economic recovery, and that’s reflected in the market, but we are dealing with the virus pushing down economic growth in the near term.

I’ve been focusing on a K-shape recovery. The most remarkable thing that’s come out of this crisis is the unbelievable gap between the haves and the have-nots, the winners and the losers, and it’s across the spectrum of economic data, stock market behavior, demographics, age, health, income. Some of this will narrow over time, but we are seeing some trends getting cemented as longer-term secular shifts in how we work, where we work, the nature of how our economy works, and the speed at which we create and destroy.

Is there a disconnect between the economy and the market?

If you simply look at what the market has done this year and what, say, GDP [gross domestic product] has done this year, yeah, it’s extraordinarily disconnected. However, the reality is a bit more reflective of the economy. You can see this in divergence between the Big Five stocks [ Apple (AAPL), Amazon. com (AMZN), Microsoft (MSFT), Facebook (FB), and Alphabet (GOOGL)] and the rest of the market: The market peaked on Sept. 2, at which point the Big Five were up 65%. The other 495 were only up 3%.

Because the Big Five represented 25% of the index, it lifted the overall index. But the other 495 stocks were barely up—36% of S&P 500 constituents were still in bear-market territory, meaning down at least 20% from their 52-week highs. That is reflective of what was going on in the economy, where we had a small subset of winners and a tremendous amount of pain.

Where are we now?

The market’s [rally has] broadened into other areas, such as value, small-cap, and into more cyclical areas, including Covid laggards [for example, airlines and energy]. The more recent stage has been very much about laggards. Now, whether it’s occurring with too much force and prematurely, we’ll have to see. We need to see consistently better economic data to justify a continuation of this rotation into the laggards.

This weekly email offers a full list of stories and other features in this week’s magazine. Saturday mornings ET.

How much of this is driven by what you’ve called a “new breed of day trader”?

It’s been a big force, and in some ways it’s been a positive in terms of driving those initial gains, especially with the surge in individuals buying call options. When that happens, the market makers have to buy the underlying stock to hedge their own positions, and that sets things in motion. It’s almost like the retail investor and the institution change places between cart and horse: The retail investor became the horse and was sort of pulling institutional investors. What we don’t know is whether this new cohort will represent the typical individual-investor sentiment extremes, and panic sell.

Should we be worried about this?

We don’t know; they really just came into the market in earnest in March, consistent with the bottom of the market. There hasn’t been much pullback, other than brief and fairly shallow corrections. So, do they represent the same kind of contrarian indicator that we typically think of as of the smaller investor, when they get two extremes of sentiment? I really don’t know.

Should investors be gearing up for inflation?

This time, a double-barreled monetary and fiscal stimulus has caused a surge in money supply to almost 25% year over year. So people ask, why haven’t we gotten inflation?

I think we have massive inflation: It’s just been in asset prices, not in the real economy. That is partly due to the fact that a lot of the money has stayed in the financial system. And—unique to this crisis—was that during this time in which all this money was being pumped into the financial system and into the hands of consumers, the economy was basically shut down. That’s why the savings rates shot up to 33%. But that money has to find a place to go. So it found its way into asset prices.

Now, we might be sowing the seeds of some inflation, both near term and longer term, because some of the forces that have pushed inflation down over the past three decades—globalization, population growth, and labor-market power—are reversing. And in the near term, with the vaccine, we could see a surge in economic activity and demand from parts of the economy that haven’t yet been brought back online or aren’t at full capacity.

Is inflation a problem?

I don’t think we’re going to have 1970s and early 1980s-style runaway inflation. We could get certain measures of inflation up above 2% pretty easily. There’s going to be supply/demand imbalances when the economy opens up more fully, but those types of price increases aren’t really the kind of inflation that people are talking about when they think of inflation in a more systemic way. The bottom line is the Fed would like inflation to go higher than it has been, and we don’t know at what level the market might get uncomfortable and worry that the Fed is behind the curve.

What’s your advice for investors as we head into 2021?

Diversification is key because these rotational shifts we are now seeing are happening so quickly. Diversification needs to happen not just across sectors, but also across market cap, geographies, asset classes, and within asset classes. My counterpart in international, Jeff Klein, has a view that we’re seeing a setup for more international outperformance relative to the U.S.

Any strategies for a rapidly changing market?

Just as important as diversifying is rebalancing more strategically. One of the things we’ve been suggesting, particularly in this Covid era, is what we call volatility-based rebalancing. Instead of rebalancing quarterly or annually, let your portfolio be your guide. If you set limits on your allocations so you trim back on areas that have outperformed and add to areas that underperform, you can catch the wave of upside when those rotations happen. 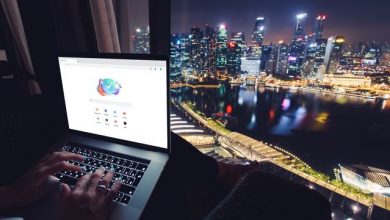 NortonLifeLock to Merge With Avast in Cash and Stock Deal Worth Up to $8.6B 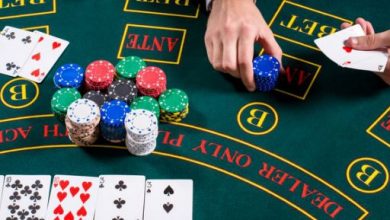 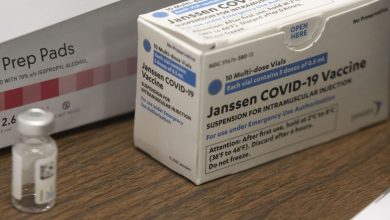 Will Johnson & Johnson’s Split Pay Off? History Says No. 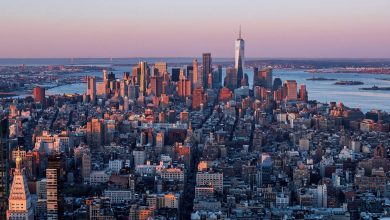