Shares of electric-vehicle battery start-up QuantumScape rose almost 30% Monday and another 26% Tuesday. Like so much volatility impacting the EV space in 2020, the move seems to make no sense.

Quantum stock is up 325% since it completed a merger with a special purpose acquisition company, or SPAC, which made Quantum a publicly traded company. But completing the merger was just a formality. The original deal was struck in September. Completing the merger, essentially, only changes the company’s stock symbol to “QS.”

There isn’t much news to pin on Monday’s Quantum stock surge. There is one Wall Street rating—a Sell from Bernstein analyst Mark Newman. He launched coverage of the company on Nov. 30, too far back to affect Monday.

At the end of November, Quantum stock was in the $40s. Newman pointed out that the stock would react, positively or negatively, to data being presented by the company on Dec. 8. That data were received well. Shares are up 100% since Dec. 7, the day before the company reviewed data about its solid-state battery tests.

QuantumScape is developing a solid-state battery for automotive applications. Solid state comes from the idea there is no liquid electrolyte inside the battery. An electrolyte is what ions flow through. Quantum’s technology also uses a pure lithium anode instead of the conventional graphite anode. In sum, solid-state batteries promise lower costs, higher power density, faster charge, and better safety.

It feels as if Quantum investors are giving the company credit for all of the rewards and none of the risks. Gains leave QuantumScape stock valued at more than $34 billion, making it one of the most valuable automotive supply stocks on the planet.

QuantumScape, however, won’t have significant sales for a few more years. Automotive parts giant Continental (CON.Germany), for comparison, is worth about $35 billion, including net debt, and generates $40 billion to $50 billion in sales annually.

Other EV news probably isn’t driving Quantum stock. Tesla (TSLA) stock dropped 6.5% as it was added to the S&P 500. The addition is a positive, but Tesla stock already gained 70% by this past Friday from the Nov. 16 announcement it was joining the index.

Stocks falling and EV stocks rising offer one clue to the Monday’s trading action. When investors take risk off, heavily shorted stocks can rise. Bearish investors will borrow stocks and sell them “short” betting on price declines. When a short seller reduces their risk it means buying stock.

High EV valuations have attracted some short sellers. About 10% of Fisker (FSR) stock has been sold short. That far higher than the average 1% to 2% average short interest for stock in the Dow Jones Industrial Average.

Quantum doesn’t appear to be heavily shorted, but its new so short interest data may not be accurate. The Chinese EV players trade as ADRs, which are, essentially, American shares of foreign-listed companies. But there aren’t great data on short interest for ADRs.

Without good short interest information, the best explanation for Monday’s rise in QuantumScape stock is the ultimate Wall Street cliché: There were more buyers than sellers.

Precious Metals Fire Warning Shot Across The Bow – Part I 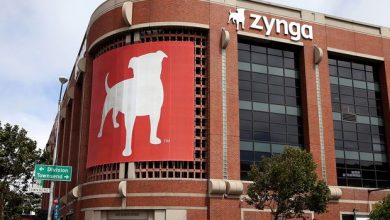 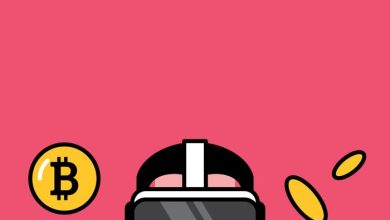 Why Crypto Will Benefit From Facebook’s Turn to the Metaverse