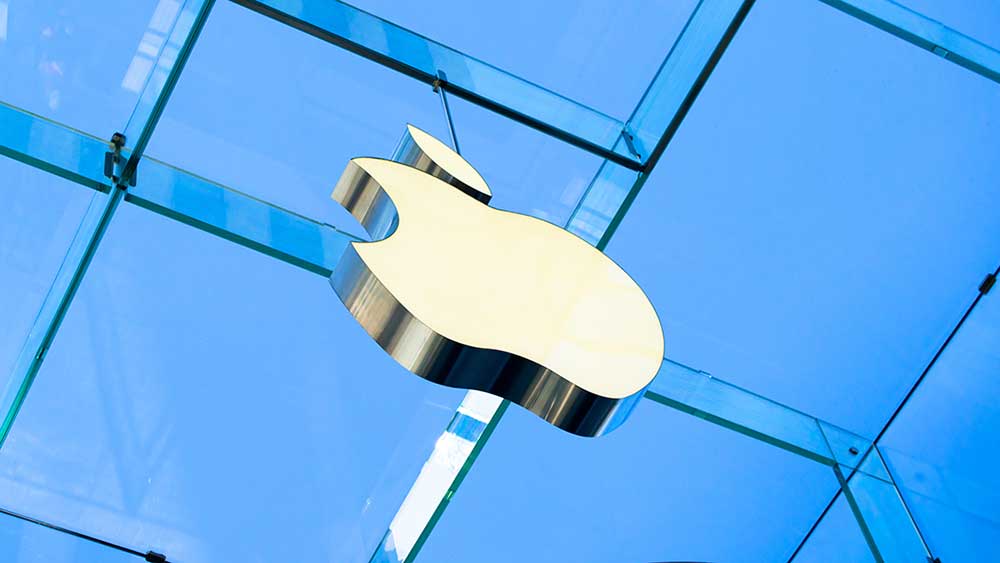 Dow Jones futures will open Sunday evening, along with S&P 500 futures and Nasdaq futures. The stock market rally had a steady preholiday week, with the major indexes and growth names largely moving sideways.

Among the megacap stocks, Apple (AAPL) is performing the best, with big recent gains; it’s running through several early buy points and toward record highs. But Microsoft stock is starting to gain momentum and tripping some early buy signals.

Among the mere large-cap techs, Adobe stock is flashing some early buy signals as well. TSM stock is in a tight pattern at record highs, signaling an early entry on Christmas Eve. Qualcomm stock is finding support at the 21-day exponential moving average and just above its 10-week line.

Apple stock, Microsoft, Adobe and Taiwan Semiconductor are on IBD Leaderboard. Microsoft and Adobe stock are on IBD Long-Term Leaders. TSM stock is on the IBD 50.

Why This IBD Tool Simplifies The Search For Top Stocks

Dow Jones futures will reopen Sunday at 6 p.m. ET, along with S&P 500 futures and Nasdaq 100 futures.

An explosion in downtown Nashville, Tennessee, on Christmas morning was deliberate, police said. A parked RV exploded, causing damage to dozens of buildings and several injuries. It may have been an attack on a nearby AT&T data center.

If President Trump doesn’t sign the $900 billion stimulus deal and $1.4 trillion omnibus spending legislation by Monday night, the government will go into partial shutdown, barring another stop-gap funding measure by Congress. House Democrats plan to vote Monday on a bill to increase the stimulus deal’s direct checks to $2,000, up from $600. That was one of President Trump’s objections to the stimulus deal, made after Congress passed it.

If Trump doesn’t sign the stimulus deal by Jan. 2, the next Congress would have to pass the legislation.

Remember that overnight action in Dow futures and elsewhere doesn’t necessarily translate into actual trading in the next regular stock market session.

Join IBD experts as they analyze actionable stocks in the stock market rally on IBD Live.

New Covid cases in the U.S. appear to be trending lower from record highs over the past several days. But hospitalizations are high, with hospitals in hard-hit LA at full capacity in ICUs.

The Christmas and New Year’s Day holidays may reduce the number of reported cases for the next week or so, due to fewer people seeking tests and many testing sites or labs shut down.

The stock market rally had a relatively quiet week, with the major indexes holding right at record highs.

The Dow Jones Industrial Average edged up 0.1% in last week’s stock market trading. The S&P 500 index dipped 0.2%. The Nasdaq composite climbed 0.4%. The Dow Jones and S&P 500 rebounded from tests of the 21-day exponential moving averages. All the major indexes had a closing range above 80%.

Shares have moved past several early entries in the past several weeks, notably a 125.49 mark on Dec. 15. For now, AAPL stock has a 138.04 official buy point, according to MarketSmith analysis, though a handle around current levels might be ideal.

The relative strength line for AAPL stock is rebounding, moving closer to record highs after slumping for a few months. That followed a long RS line uptrend from January 2019. The RS line, the blue line in the charts provided, track a stock’s performance vs. the S&P 500 index.

Microsoft stock rebounded from its 50-day line on Dec. 16, offering a place to nibble at this tech giant. It followed up with another solid gain on Dec. 21. It’s currently just 3.4% above its 10-week line, well within range of buying off that level.

Shares are just below a downward-sloping trend line starting with the Sept. 2 peak of 232.86. Investors also could use 228.22 as another early entry, with 232.96 as the official buy point.

Microsoft is trying to follow Apple stock, but so far with less power. That’s evident in the RS line

The RS line for MSFT stock has picked up over the past couple of weeks, but is off its early-November peak and especially its early-July all-time high. Investors might not want to take a big position in Microsoft stock until it shows more strength, though its recent lull followed a multiyear run of outperforming the broader market.

Microsoft has a $1.68 trillion market cap.

ADBE stock reclaimed its 50-day/10-week line earlier this month, but provided its first decent early entry on Dec. 18, when it broke a downward-sloping trend line and cleared very short-term resistance around 500. Since then shares have been consolidating, perhaps starting a handle. Another possible buying opportunity is 519.70. Investors could treat that as an early entry or an “official” double-bottom buy point. Another entry is 536.98, 10 cents above the record high.

The RS line for ADBE stock has improved for the past five weeks, but still has a ways to go before reaching record highs.

TSM stock has a three-weeks-tight pattern. (It’s almost a four-weeks-tight, but last week’s unrounded gain of 1.52% is just past the 1.5% maximum weekly move in a tight pattern.) The official buy point is 107.94. However, aggressive investors could have used Thursday’s 2% pop as an early entry.

The RS line for TSM stock is right at record highs.

Traditionally, Taiwan Semi stock has been a slower mover, but in recent months it’s spent a lot of time significantly above its 10-week line. Even after its recent tight action, TSM stock is still 9.3% above its 10-week.

But perhaps this recent strong performance is justified. The chip cycle is on the upswing. The Apple iPhone cycle, with the first 5G model, is also on the upswing. Finally, Taiwan Semiconductor has a technological edge over rivals such as Intel (INTC) and Samsung Electronics.

TSM stock has a $549 billion market cap, by far the biggest of any U.S.-traded chipmaker.

On a daily chart, Qualcomm stock is finding support at the 21-day line. On a weekly chart, QCOM stock has been finding support just above its 10-week line for the past three weeks. A strong bounce from current levels could offer an opportunity to start a position as the wireless chipmaker forges a new base.

The RS line is not far from recent record highs.

As a 5G player and Apple iPhone chipmaker, Qualcomm is well-positioned for growth. However, shares plunged earlier this month on a report that Apple is looking to make iPhone modem chips in house, cutting out Qualcomm.

You can read about more about Qualcomm in this Swing Trading column.

The recent sideways action for the stock market rally is about ideal. The pause allows moving averages to catch up a bit, lowering the odds of a sharp pullback.

It’s also letting leading stocks set up, such as forming handles or tight patterns or finding support at key levels. Speaking of tight action, while the Nasdaq has trended higher, the S&P 500 index and Dow Jones now have four-weeks-tight patterns.

For growth stocks that have made solid advances in recent weeks, such as Apple stock and Taiwan Semi, that really shows up in the RS line with the market going sideways.

What To Do Now

With the stock market rally trending flat to slightly higher, both in the major indexes and leaders, the risks of growth names being greatly extended are a little less likely. But you should analyze your holdings individual and as a whole.

This is a good time to be looking for stocks setting up, either in bases, tight patterns or at key support.

Remember, you want to be concentrated in leading stocks, but it’s still a good idea to have diversity among your leaders. You don’t want to be all in cloud software or chips or IPOs. Further, you may want a mix of coronavirus plays, post-pandemic names and stocks that don’t seem affected either way. IBD Live had an extended concentration and diversification discussion in Thursday’s show.

Finally, with the end of the year looming, tax considerations can play a factor. If you’re looking to take some profits, you might choose to wait until the new year. Likewise, if you’re on the fence on whether to cut a stock that’s a slight loser, you might choose to do so in this coming week.

But treat taxes as a secondary indicator vs. “primary” buy or sell rules, much like psychological indicators are secondary to the primary market gauges of the major indexes and leading stocks. Ultimately, you’re going to have to pay the IRS.

Read The Big Picture every day to stay in sync with the market direction and leading stocks and sectors. 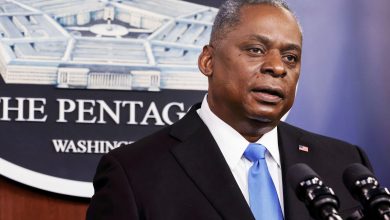 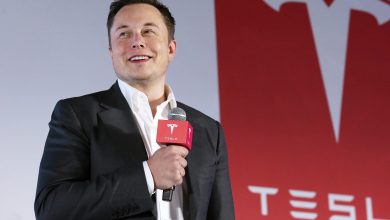 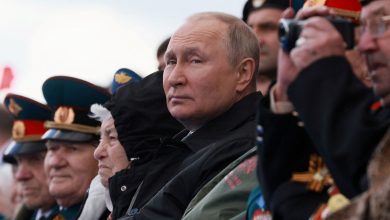 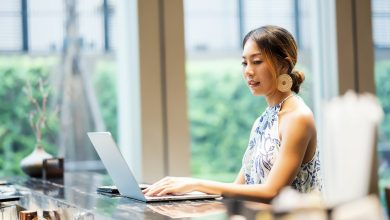 A lot of taxes could be around the corner for these investors. Here’s why