Chevy Chase and Beverly D’Angelo reprise their National Lampoon’s Christmas Vacation roles as Clark and Ellen Griswold for a new ad for the Ford Mustang Mach-E.

Comedian Chevy Chase is reprising his role as Clark Griswold from the film “National Lampoon’s Christmas Vacation” in a new holiday ad for the all-electric Ford Mustang Mach-E crossover.

The 60-second spot features Chase along with original cast member Beverly D’Angelo as his wife, Ellen, recreating a memorable scene of the 1989 movie in which Clark attempts to get exterior Christmas lights on the family’s house to turn on. But instead of the family gazing at the flamboyant decorations, they are attracted to a Mustang Mach-E in the driveway.

Chase thanked Ford Motor for the role as well as an undisclosed amount of money he was paid for the ad: “It’s great to be back for another Christmas with my on-screen family and its rotating assortment of kids – and I have Ford and Mustang Mach-E to thank for paying me to do it,” he said in a statement. “I suppose you’re expecting some sort of riff on electric cars, but I can say with 85% certainty that this thing probably won’t cause any blackouts in your neighborhood when you plug it in.”

Ford published the ad on YouTube ahead of its scheduled broadcast debut Tuesday during an encore broadcast of Saturday Night Live’s Christmas special at 9 p.m. on NBC.

The Mustang Mach-E, which is arriving in U.S. dealerships, is an important product for Ford. It marks the first new EV under an $11 billion investment plan in electric vehicles through 2022, and it’s Ford’s first shot at Tesla – the industry’s leader in electric vehicles. 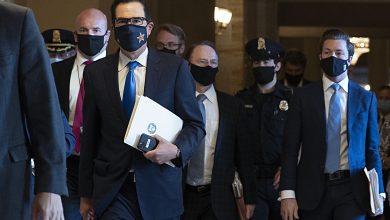 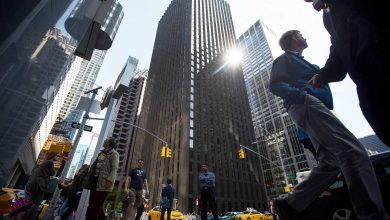 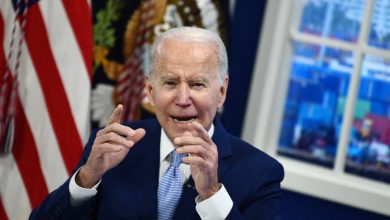 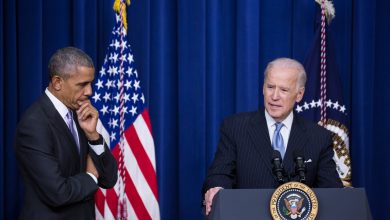 Obama and Biden meet up to talk about Trump’s coronavirus response: ‘He just can’t relate in any way’