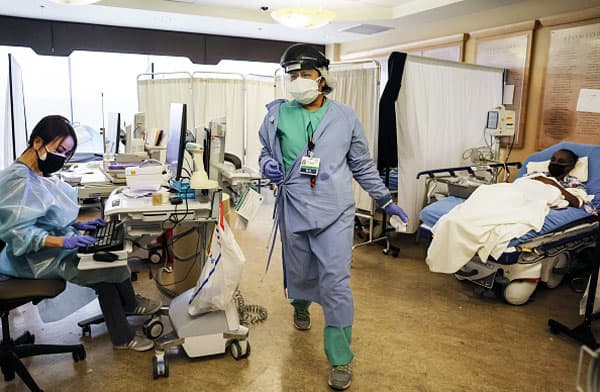 Clinicians work in the former lobby of Providence St. Mary Medical Center, which has been converted into a care space to treat suspected COVID patients, amid a surge in COVID-19 cases in Southern California on December 23, 2020 in Apple Valley, California.

California will extend its stay-at-home order for two regions of the state — Southern California and San Joaquin Valley — where intensive-care unit capacity is strained from an onslaught of Covid-19 patients, the state’s Health and Human Services Secretary Dr. Mark Ghaly said on Tuesday.

The regional order, which Gov. Gavin Newsom first announced on Dec. 3 and was set to expire Monday, splits the state into five regions — the Bay Area, Greater Sacramento, Northern California, San Joaquin Valley and Southern California. If the remaining ICU capacity in a region falls below 15%, it will trigger a three-week stay-at-home order, Newsom said.

The order requires bars, wineries, personal services, hair salons and barbershops to temporarily close. Personal services are businesses like nail salons, tattoo parlors and body waxing, according to the state’s website. The order also bans gatherings of any size and requires “100% masking and physical distancing.”

Those two regions will continue to be subject to the restrictions until projections from the state show ICU capacity above or equal to 15%, he said. Ghaly added that projections will be calculated and updated daily moving forward. Just because the San Joaquin Valley and Southern California regions will remain under the order, it doesn’t mean they’ll be there for the full three weeks, he said.

“We essentially are projecting that the ICU capacity is not improving in Southern California and San Joaquin Valley, and that demand will continue to exceed capacity,” Ghaly said during a press briefing. 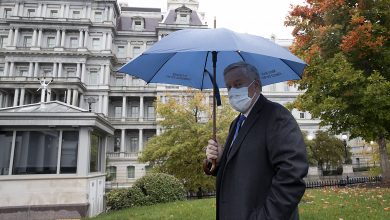 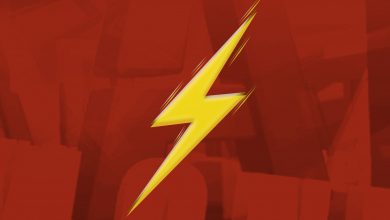 Cramer’s lightning round: Tupperware Brands stock was ‘so mispriced’ 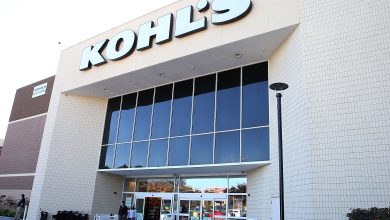 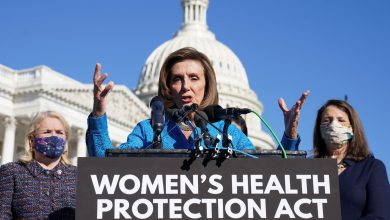