Billionaire bond investor Bill Gross has a special place in his heart for the “Gilligan’s Island” theme song. He is an avid dancer. He admits to being highly jealous when it comes to his girlfriend. And he takes special pride in his $1 million glass lawn sculpture.

Those are among the many unusual revelations from the legal battle playing out in a California court-room between Gross and his neighbor, tech entrepreneur Mark Towfiq, in Laguna Beach. At the center of the hearings, which have dragged on for than two weeks, are dueling harassment claims and restraining orders. Gross says Towfiq is a “peeping Tom” who films Gross’ girlfriend in her bikini. Towfiq said Gross is a “short-fused billionaire” who blasts loud music late a night in retaliation for complaints about the glass lawn sculpture.

Closing arguments ended yesterday, and Orange County Superior Court Judge Kimberly A. Knill will likely rule on the legal issues on Wednesday. Yet the legal points have become a sideshow next to the case’s more central drama — a colorful portrait of the 76-year-old investing legend has emerged out of the turf wars and ego battles of the two wealthy men.

Here are five of the most surprising revelations about Gross that have emerged from witnesses, text messages, documents and videos in the hearing.

He’s a “Gilligan’s Island” super-fan — especially of the music. Towfiq complained that Gross blasted the theme from “Gilligan’s Island” on a loop over his outdoor sound system late at night, to harass Towfiq. Towfiq suggested Gross picked the song for it’s annoyance factor.

Gross said blasting “Gilligan’s Island” at all hours of the day and night is commonplace at both of his houses because it has special meaning. It all started one day last summer when he was watching old episodes of the show on YouTube and realized that the shots in the title sequence of the marina looked like they were shot from the exact location of his Newport Beach home.

“I could look at the TV and look outside the window, and there were the same palm trees of 55 years ago,” Gross testified. “I said ‘this is incredible.’ “

He showed his girlfriend, Amy Schwartz, and the song quickly topped the charts in the Gross household.

“We started playing it again and again and it just became something we did,” he explained. “We play it all the time.”

They also enjoy other theme songs, which they sometimes act out.

“Over time, we’ve learned lyrics and we act together with hands and pointing. It’s like a little play … we really like it.”

Also on his playlist: 50 Cent, and Kenny Loggins, who played at Schwartz’s birthday party .

He’s the “jealous type.” Gross’ girlfriend, or as he calls her, “life partner,” is Amy Schwartz, the 51-year-old former professional tennis player and amateur golfer. Gross said Towfiq often filmed Amy from next door, sometimes in her bikini.

Towfiq said he was only filming his neighbors to document the sculpture and their harassment of him.

He said the couple referred to Towfiq as “peeping Mark” since Gross assumed he was watching them so often.

“Sometimes Amy would go out on the balcony and say ‘I wonder if peeping Mark is filming this.’ “

Gross said that Towfiq once filmed the couple coming back from the beach, “with wet hair and salt all over our bodies. It almost seemed like this was his full-time job.”

Happy to be standing

For Gross, happiness is complicated and fear is relative. In the beginning of his testimony, Gross was asked whether he was “unhappy” when he learned his sculpture could be removed for violating Laguna Beach code.

“Happiness and sadness are not applicable to situations like this at my age,” said. “I’m just happy to be standing.”

He added “I don’t currently assess my moods that way. Whether happy or sad, I can’t say.”

Gross’ moods became a frequent topic of discussion. Towfiq said that the previous owner of Gross’ house, Patrick Boyd, described Gross to him as “an angry billionaire with a short fuse.” A former money-manager at Gross’ former firm PIMCO, Boyd offered Towfiq his “condolences” when he heard Gross would be the new neighbor.

In what sounded more like a therapy session than court testimony, Gross probed his feelings of fear and how they’ve evolved over his life as he became more insulated from the world. He said he felt “very frightened” when Towfiq filmed Gross in his gym shorts taking decibel readings on their property line late at night.

“I was very frightened,” Gross said. “It was evil intent … this man was taping me. Cowering behind my own wall.”

Gross then recalled fighting in Vietnam and later in life, almost crashing in a plane.

“I’ve faced bullets from Vietcong, and 15 years later in a plane that almost went down in North Carolina,” he said. “I’m not saying this incident was anything like that. But I’ve been rather sheltered from fearful situations over the last five or ten years and I wasn’t really used to it.”

He’s a dance machine. Gross said he and Schwartz are avid dancers — and not just to the “Gilligan’s Island” theme song. When asked to clarify his statement that he danced on the balcony, Gross said: “Oh yeah. On the balcony, in the bedroom, up and down the lawn pathway entrance, because it’s a good long area to invent creative steps. Amy and I do that frequently.”

Gross said they would sometimes dance to “Gilligan’s Island” over and over. “Only two or three — I mean you can only dance for so long before you’re ready for bed.”

He needs protection from the public. While not exactly a celebrity outside of the investing world, Gross said he’s often pursued by the public, hence his need to live behind so many gates and walls.

“We needed privacy,” he said, when asked about his purchase of the Laguna Beach house.

“Amy was always stressing that I was a public figure and that we simply needed to be behind a gate.” His attorney then mentions the risk of people coming from the beach, and Gross said “millions of people couldn’t come up to see where Gross” lived. 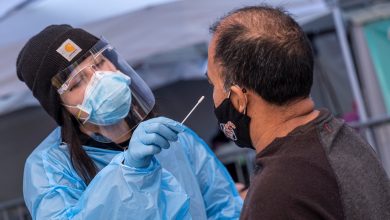 The omicron subvariant is more contagious, but vaccinated people are less likely to spread it, study finds 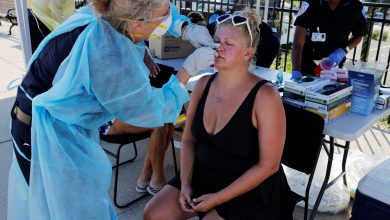 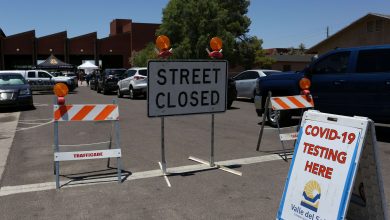 ‘We can’t just give up’ — Harvard doctor says U.S. must take precautions as virus cases rise 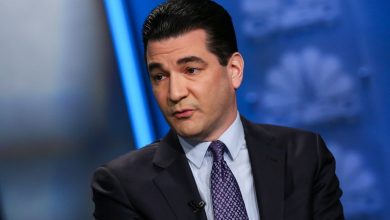