Bill Ackman is ending a second blockbuster year in a row, but investors still aren’t won over, as Ackman’s large overseas closed-end fund, Pershing Square Holdings continues to trade at a large discount to its net asset value.

That could mean an opportunity. The fund offers a play on both a concentrated equity investment portfolio, including stocks like Chipotle Mexican Grill (ticker: CMG), Lowe’s (LOW), Starbucks (SBUX), and Hilton Worldwide Holdings (HLT), and Ackman’s big special-purpose acquisition company, Pershing Square Tontine Holdings (PSTH), that appears to be on track find a target company in the first quarter.

Shares of Pershing Square Holdings (PSH. the Netherlands) trade around $33.75, a 25% discount to the most recent weekly net asset value of $44.73 on Dec. 22. The NAV discount is likely a little wider now given the appreciation in some of the fund’s holdings since Dec. 22. U.S. listed closed-end equity funds trade at discounts averaging nearly 10%.

The shares mainly trade in Europe on Euronext and the London Stock Exchange, where the fund was recently added to the FTSE 100 index thanks to its rapid appreciation in 2020. The shares are also lightly traded in the U.S., on the “pink sheets” under the ticker PSHZF.

The fund’s net asset value was up 67.5% after fees year-to-date through Dec. 22—well ahead of the S&P 500’s total return of about 16%–and the fund’s shares have returned 75% in 2020 reflecting a narrowing of the net asset value discount that has topped 30% during 2020. That followed a 58% gain in NAV in 2019. The fund has traded at a persistently large discount to NAV in recent years.

Ackman’s performance was helped by a $2 billion investment coup during the pandemic selloff in March involving a short bet on corporate bonds that protected his portfolios, including Pershing Square Holdings. Barron’s has written favorably on Ackman’s fund and on his investment score.

“Ackman is an exceptional money manager and he has learned from his mistakes,” says Bryn Torkelson, chief investment officer at Matisse Capital, which runs the Matisse Discounted Closed-End Fund Strategy (MDCEX), a mutual fund whose largest position is in Pershing Square Holdings. “When you buy funds at a deep discount, good things often happen.”

Ackman had a poor stretch from 2015 to 2017, when Pershing Square Holdings’ net asset value fell about 30% and trailed the S&P 500 by around 60 percentage points.

The investor, however, is back in a big way. He raised $4 billion in June for his SPAC, Pershing Square Tontine Holdings, and its shares are up to more than $26 from a July offering price of $20. Ackman’s SPAC is the largest in the market and has a much more investor-friendly structure than most SPACs.

Pershing Square Holdings, whose net asset value is around $9 billion (there are nearly 200 million shares outstanding), offers a play on the SPAC since it holds sponsor warrants that will convert to 10-year warrants on 5.95% of the newly merged company’s shares if Ackman finds a target.

Those warrants could be valuable at 1.5% to 2% of the new company’s value, Ackman wrote in an August investor letter.

Ackman is looking for a big target of perhaps $15 billion to $30 billion to merge into the SPAC. That could mean $500 million in warrant value if a large deal gets done, with Pershing Square Holdings owning about 91% of the sponsor warrants. Ackman’s other investment vehicles hold the rest.

Pershing Square Holdings also has the opportunity to contribute the vast bulk of a fresh investment of $1 billion to $3 billion into the merged company under the terms of the SPAC. On an investment call in November, Ackman said that he hoped to announce a deal in the first quarter. Here’s what he said last month based on a Seeking Alpha transcript:

“In terms of timing, what we said at the time of the IPO is we said it would take us, we thought about six months to identify a target that we would be in a position to hopefully announce a deal by sometime in Q1 and then close the transaction in the ordinary course thereafter. Nothing that we have experienced to-date suggests that we won’t meet our expected time frame.”

This means that Pershing Square Holdings could become a large investor in the SPAC target company in 2021. If investors like the deal, the closed-end fund’s holding in the target could become quite valuable.

Pershing Square Holdings is Ackman’s largest investment vehicle by a wide margin. He owns 20% of the fund, a stake now worth $1.3 billion. This gives him added incentive to deliver for investors. The fund has a hedge-fund style fee structure, with a base fee of 1.5% annually and an incentive fee of 16% of gains subject to a high-water mark.

The continued big discount on Pershing Square Holdings could reflect a legacy of Ackman’s poor showing a few years ago, the high fee structure, and the European listing. Many U.S. investors aren’t aware of the fund.

The fund’s obscurity could change if Ackman finds an attractive target for his SPAC and investors view the fund as an appealing way to play it.

Even after its big gains this year, Pershing Square Holdings still looks like a cheap bet on a successful investor who has been hitting his stride.

OPEC Is Lifting Oil and Gas Again. 5 Stocks to Play the Rising Prices. 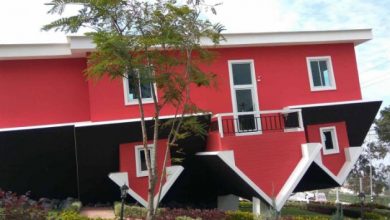 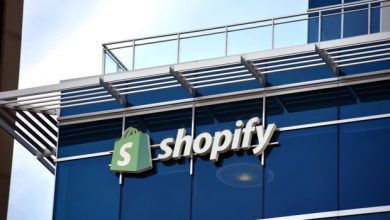 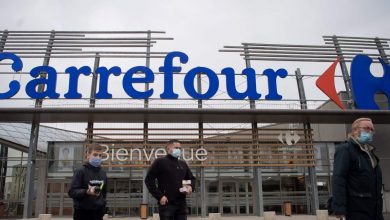