“Socialism” is a loaded word in the United States—a country where capitalism is the prevailing economic system and the basis for the system of government. One situation in which the word tends to come up is when Americans look at government programs, especially Social Security. To understand what the debate is about, let’s first review some terms.

By definition, “socialism” refers to a form of economic production whereby workers co-own and co-produce goods and services and share in the profits.﻿﻿ This is as opposed to “capitalism,” wherein a business owner owns all of the tools and other means of production and keeps all of the profits while paying workers a wage.﻿﻿

More recently, socialism has been, correctly or incorrectly, conflated with statist forms of government. Under this definition of socialism, the government—rather than individuals or businesses—owns and controls major industries, and the economy is planned centrally.

Consequently, the government is the main provider of goods and services for its citizens. Under capitalism, capital goods are owned by private individuals or businesses, and the market controls the economy. In most modern countries, however, this system is subject to federal and state legislation and regulations, and so these countries do not practice pure, laissez-faire capitalism. At the far end of the spectrum is communism, a more extreme form of socialism that eliminates the concept of private property.﻿﻿ Some countries—Norway and Sweden, for instance—have mixed systems: providers of goods and services enjoy private ownership of resources, while citizens take advantage of social-needs–oriented public services. This is known as “social democracy” or “democratic socialism.”﻿﻿ ﻿﻿ ﻿﻿

Though the U.S. is clearly a capitalist country, one of the hallmarks of its government system is Social Security, a government-run benefits program instituted in 1935, in the depths of the Great Depression.﻿﻿ Let’s examine the key components of Social Security retirement benefits—specifically, the extent to which they might be considered a form of socialism.

Who Runs the Social Security System?

Who Decides How Much to Contribute and When?

Congress decides how much of your paycheck is taxed in order to contribute to the Social Security fund. For example, in 2021, 6.2% of your gross pay goes to Social Security, and your employer typically kicks in an equal amount. However, if you earn more than $142,800, you don’t have to pay Social Security taxes on any additional earnings above that amount.﻿﻿ If you’re self-employed, you pay the whole 12.4%, though that amount is reduced slightly when you take a tax deduction for the employer portion of that tax.﻿﻿

It’s not unreasonable to consider whether, even if you work for someone else, you’re effectively paying the whole 12.4%—“bearing the incidence of the tax,” in economist speak—because if your employer didn’t have to make Social Security payments on your behalf, it could instead include that money in your paycheck.

In addition, the government decides when you contribute. If you’re an employee, the taxes are taken out of each paycheck.﻿﻿ If you’re self-employed, you pay when you file your annual tax return.﻿﻿

Individuals with private retirement savings accounts have more control over how much and when to contribute than they do with paying Social Security taxes. For example, if you work for a company that offers a 401(k) plan, you can decide what percentage of each paycheck (if any) to redirect to that account—although government regulations place restrictions on how much you can contribute.﻿﻿

Who Decides What to Pay Out and When?

With a private retirement account, such as a 401(k) or Roth IRA, you decide when to withdraw money from your account, and how much to take out. With some retirement accounts, the Internal Revenue Service (IRS) will make you pay penalties if you take out money before you reach a certain age or don’t withdraw enough money each year after reaching a certain age.﻿﻿ ﻿﻿ Still, there’s much more flexibility here than with Social Security retirement benefits.

With Social Security, the government decides how much to give you and when. You can decide when to start receiving benefits, but it has to be at some point between age 62 and age 70. Once you start claiming benefits, you’ll get a check for the same amount every month, based on your lifetime earnings and your age when you started claiming benefits. However, you are eligible for annual cost-of-living adjustments (COLAs).﻿﻿ You can’t decide to withdraw more money in months when you have higher expenses and less money in months when you have lower expenses, as you could with an IRA or 401(k).

If you find yourself terminally ill at 40, you can’t claim retirement benefits early based on what you paid in over the years (you may, however, qualify for Social Security disability insurance).﻿﻿ By contrast, you can cash out your private retirement accounts at any time without getting anyone’s approval, albeit with a penalty in some cases. Private-sector brokerage firms (e.g., Fidelity, Vanguard) aren’t going to make you prove that you can’t work if you want to take an early withdrawal from your traditional IRA.

Can You Opt Out of Social Security?

People who renounce their U.S. citizenship can opt out. Some nonresident aliens don’t have to pay into the system, depending on which type of visa they have.﻿﻿ Foreign government employees based in the United States and college students who are employed by their university are also exempt.﻿﻿

What about opting in? Under a public retirement system or a Section 218 agreement, some state and local government employees are covered while not paying into Social Security. These employees aren’t allowed to opt into the program.﻿﻿

With private retirement savings accounts, it’s totally up to you whether to contribute. Even if your employer automatically enrolls you in its 401(k) plan in an attempt to nudge you into contributing, you can become unenrolled if you wish.﻿﻿

How Are Social Security Funds Managed?

Social Security contributions all go into one collective pot; the funds aren’t held in our individual names. We can’t decide how that money is managed. The system is set up as an intergenerational wealth transfer. The Social Security taxes the government collects from current workers pay for the benefits of current retirees.﻿﻿

Because different generations are different in size, this structure leads to what could be described as timing problems with paying out benefits. Taxes from the immense baby boomer generation comfortably supported the retirement of the relatively small silent generation (born between 1925 and 1945, many of those years scarred by the Great Depression and war) and the greatest generation (whose members fought in World War II).

With more and more boomers reaching retirement—and the fact that Generation X, the next generation, is much smaller—it is estimated that Social Security’s reserves could be depleted by 2034, and there’s speculation about reduced benefits for future retirees. Millennials make up an even larger generation than the boomers, but it’s not clear how well their financial contributions will serve to support boomers and Generation X and how large future generations will be.﻿﻿

Depending on when you retire, how much you earned, and your marital status, you may see a better or worse return in terms of getting back more or less than you contributed. Some people would prefer to have the option to save and invest that money themselves, because they think they could earn a better return. Others think most people would fare worse if Social Security were privatized.

The Bottom Line: Is Social Security a Socialist Program?

It’s interesting to remember that the U.S. got the idea for a social security system from 19th century Germany. That very capitalist monarchy launched an old-age social insurance program in 1889 at the behest of Chancellor Otto von Bismarck, partly to stave off radical socialist ideas being floated at the time. The original social security was actually an anti-socialist maneuver by a conservative government.﻿﻿

Nevertheless, because the American government plays such a dominant role in the U.S. Social Security system—deciding how much and when employees and employers pay into the system, how much individuals receive in benefits when they get them, and preventing almost everyone from opting out—it only seems fair to say that Social Security is, in effect, a form of democratic socialism.

The program requires workers and their employers, along with self-employed individuals, to pay into the system throughout their working years. The government controls the money they contribute and decides when and how much they get back after—and if—they reach retirement age. Having such a successful and beloved socialist program at the heart of such a committed capitalistic society is perhaps the ultimate paradox. Or maybe it’s just good common sense. 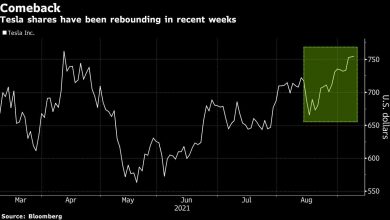 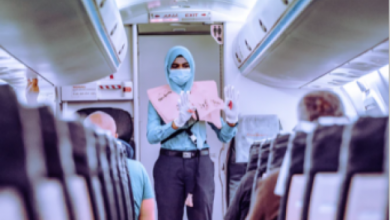 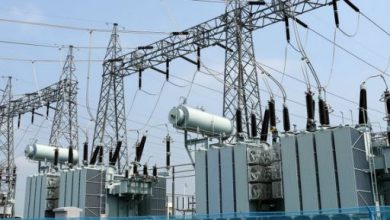 Is It Time To Consider Buying CenterPoint Energy, Inc. (NYSE:CNP)? 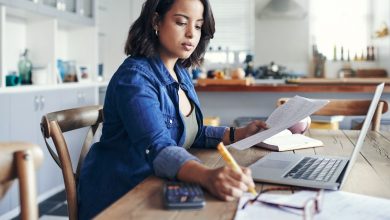 Whether you’re retiring in 30 years or 5 years, you still need to do this one thing religiously