For many Americans, the classic carol “I’ll be Home for Christmas” will literally describe their plans this holiday weekend, as most opt to celebrate in place amid the ongoing pandemic.

Only about a quarter of people nationwide will travel for Christmas and New Year’s, down from about one-third or so last year, and most of them will be driving rather than flying or taking the train, industry sources say.

AAA predicts that at least 29% fewer trips will be taken today through Jan. 3, compared to the same period a year ago. While up to 84.5 million Americans may opt to travel despite the current Covid surge, that’s at least 34 million fewer than in 2019, the organization says. By comparison, AAA estimates that Thanksgiving travel was off by up to 15% last month.

“The year-end holidays are when Americans often venture out for longer, more elaborate vacations,” said Paula Twidale, senior vice president at AAA Travel, in a statement. “That will not be the case this year.”

More from Personal Finance:
Holiday travel lags but last-minute bookings could help
Promise of vaccine may spur travel but some changes will endure
Men take more risks with travel than women, survey finds

Twidale cited public health concerns, official government guidance against travel and an overall decline in consumer sentiment as factors leading many to decide to stay home. (The Centers for Disease Control and Prevention warns that travel may increase your chance of getting and spreading Covid-19 on its website.)

Vacation property management software firm Guesty, meanwhile, reported in mid-December that accommodations bookings for both Christmas and New Year’s Eve, while rising, were still off 15% compared to 2019. (Guesty officials were optimistic, however, that the reservation rates might close the gap by year-end, or at least land close.)

Americans who do decide to travel over the next two weeks likely will do so by car. AAA says road trips will account for 96% of holiday travel, with as many as 81 million Americans hitting the nation’s highways. That would represent a decline of at least 25% compared to last year — despite a shift toward cars and away from buses, planes and trains.

AAA says auto trips will replace other modes of travel thanks to “the flexibility, security and comfort traveling by car provides.” ValuePenguin, however, found in its survey that 7% of those traveling for the December holidays will, in fact, fly, an increase on the 3% who planned to do so for Thanksgiving. That may be due to cheaper airfares: AAA reports double-digit dips in average flight prices.

Drivers, too, will save money when topping off their tanks this year, with gas prices 33 cents cheaper per gallon compared to 2019. But some of those savings will burn off in traffic; AAA warns road trippers to expect around 20% more congestion on the nation’s highways and byways.

Where intrepid travelers are headed

Traveling but not staying with friends or family? You may find some accommodations savings in your stocking. Guesty found the average night rate for New Year’s Eve reservations had dropped this month, sitting at the same price as in 2019. That’s likely because hosts are lowering prices to spur bookings amid the general reluctance to travel.

And where are diehard holiday travelers staying for Christmas and New Year’s? Global reservations system Amadeus has found that the top five U.S. destinations, with hotel occupancy rates of 50% or more, are: 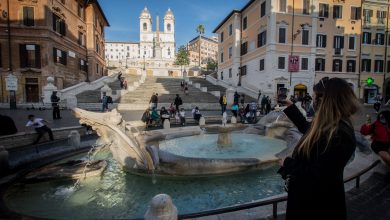 Coronavirus second wave is hitting Europe in very different ways. JPMorgan has a theory on it 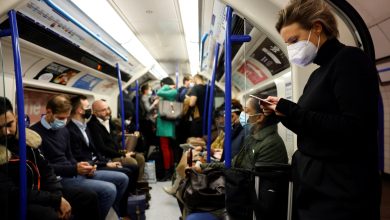 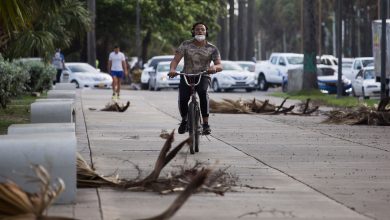 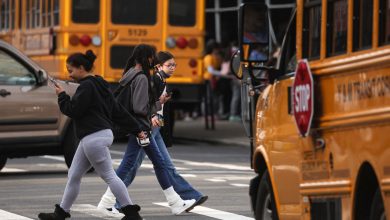