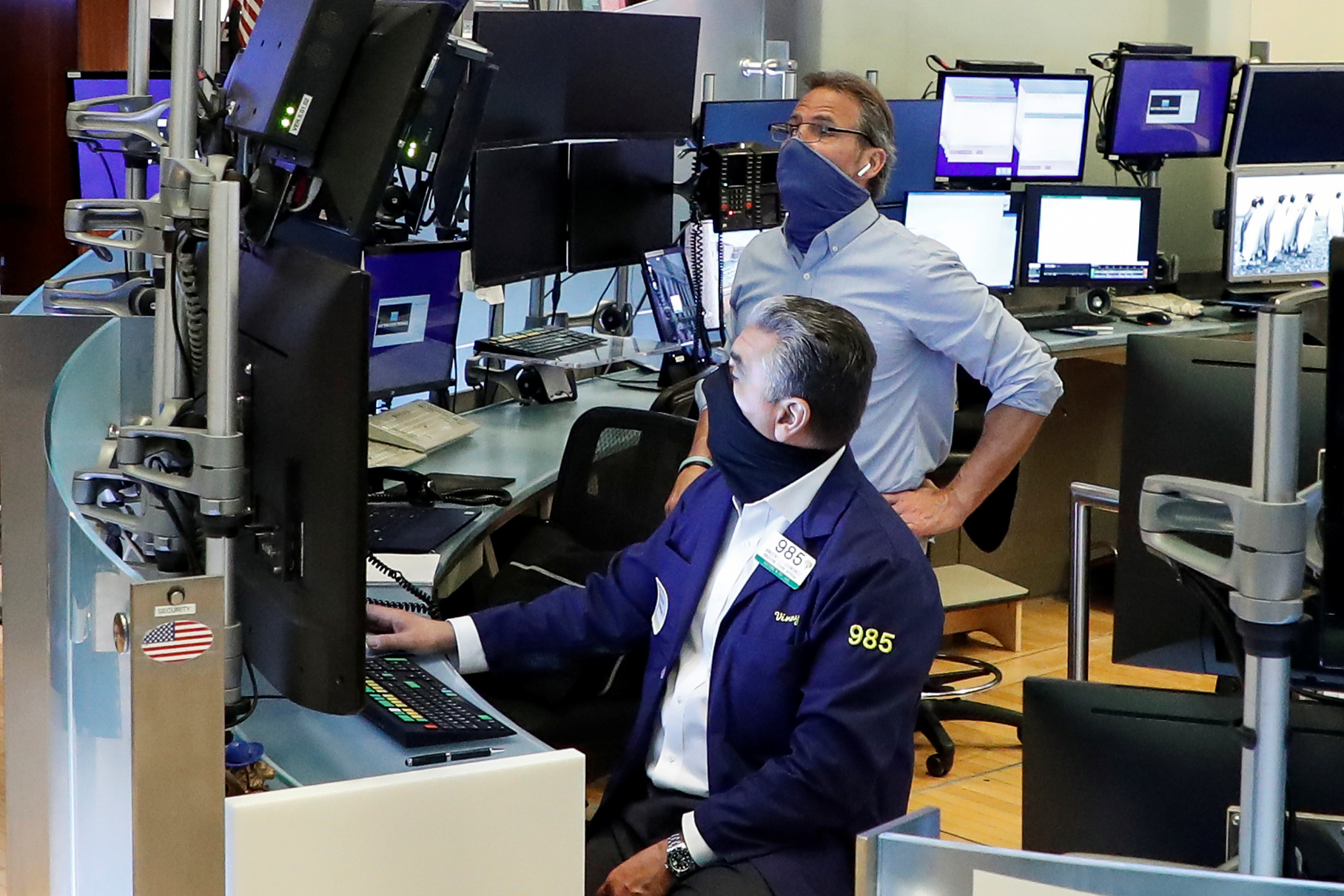 Wall Street rose at the opening bell, adding to recent gains as investors weighed new COVID-19 infections — which are leading to rising deaths and a record number of hospitalizations across the U.S. — against the rapidly unfolding timetable for the deployment of a vaccine.

Markets have been broadly encouraged by the steady flow of positive news over a coronavirus cure. On Monday, University of Oxford and AstraZeneca (AZN) revealed that their candidate demonstrated efficacy of 70.4% in two large-scale trails, If a lower dose is used, then a second, full dose, the efficacy is up to 90%, the company said.

Those developments came on the heels of Pfizer (PFE) and BioNTech (BNTX) announcing plans to file for an emergency use authorization with the U.S. Food and Drug Administration, which would allow them to have their vaccine used in the U.S. starting in December.

Expectations for a relatively quick vaccine rollout have boosted the broader market, as well as prospects for 2021 growth, while leading investors to unwind technology-heavy “stay at home” bets that previously bolstered key stocks like Netflix (NFLX), Amazon (AMZN), Zoom (ZOOM) and other names. Both the Dow (^DJI) and S&P 500 (^GSPC) notched record closing highs last week, as traders rode a wave of exuberance sparked by the vaccine news.

However, the near term outlook remains clouded by the relentless scourge of more COVID-19 infections, and the inability of Washington’s warring parties to agree on stimulus. The current wave of the virus is swamping the darkest days of March and April, threatening to overshadow the holidays and drag on growth.

“This winter will be grim, and we believe the economy will contract again in 1Q, albeit at ‘only’ a 1.0% annualized rate,” JPMorgan Chase’s economics team wrote in a lengthy research note last week.

“The economy no longer has that tailwind; instead it now faces the headwind of increasing restrictions on activity. The holiday season—from Thanksgiving through New Year’s—threatens a further increase in cases,” the bank said.

Last week, Senate Minority Leader Chuck Schumer (D-N.Y.) said that Senate Majority Leader Mitch McConnell (R-Ky.) agreed to restart talks on a deal. The news momentarily sparked a boost for stocks, and fanned hopes that a lame-duck session could produce a bargain ahead of President-elect Joe Biden’s inauguration in January.

However, the Senate has already adjourned for the Thanksgiving holiday, and will not meet again for another full session until the end of the month. That narrows the window of opportunity for new legislation to get passed.

Meanwhile, economists are weighing whether a brewing dispute between the Treasury Department and the Federal Reserve will unsettle markets. The central bank said on Friday it would return unused emergency money allocated by the Treasury, a day after U.S. Treasury Secretary Steven Mnuchin ordered the Fed to allow nine of its 13 liquidity facilities to close on December 31.

“The extent to which any committed funds would eventually be returned remains unclear, but even if it happened, we do not think that [general account] or reserve balances (or issuance) would be affected,” Goldman Sachs said in a research note over the weekend.

“Of course, on further stimulus, there would be additional issuance, but we see this as separate from the Fed facility discussion. On the margins, non-continuation of some backstops may increase the odds of the Fed compensating in other areas,” the bank added.

U.S. business activity expanded at the fastest rate in more than five years in November, led by the quickest pickup in manufacturing since September 2014, Reuters reports. The survey was the latest indication the economy continues to extricate itself from the COVID-19 recession, even with new infections soaring.

Stocks are rallying at the opening bell, but SVB Leerink has poured cold water on the Oxford/AstraZeneca news that got markets on a bull run. In a sharply worded analysis, the bank accused AZN of trying to “embellish” its results, and offered several reasons why “this product will never be licensed in the US:”

This belief is based on the design of the company’s pivotal trials (which does not appear to match the FDA’s requirements for representation of minorities, severe cases, previously infected individuals and elderly and other increase risk populations), and based on the occurrence of severe safety events (why take the risk) that resulted in the extended clinical hold on enrollment into the trials in the US.

Lastly, this result rather confounds our thesis that “all spike protein vaccines are created equal
This manifestly is not the case now, and the result puts into question the outlook for JNJ’s adenovirus based COVID vaccine as well. We remain optimistic about the outlook for adjuvanted protein sub unit vaccines such as those in development at Novavax and GSK/SNY, and these engineered synthetic virus vaccines may have a role long term in boosting, but it appears that the occurrence of pre existing or post vaccination immunity to the vector has a significant dampening effect on the efficacy of the vaccines (and may confer risk as well) and for this reason we believe these products are likely to be regarded as relatively marginal suppliers in the COVID vaccine market of the future.

In a research note Monday, Deutsche Bank called the Oxford/AstraZeneca vaccine news “a big deal” that puts the world on track for wide-scale inoculation to COVID-19 by the middle of 2021:

We should all be smiling this morning. With Astrazeneca releasing trial results a few hours ago, our updated analysis suggests we are now on track for the majority of the developed world to immunize its vulnerable population to COVID by the spring and the entire population by mid-year. Depending on the pace of vaccine distribution there may even be upside to this estimate with some countries achieving herd immunity before summer. The combined vaccine news of the last few weeks is an unprecedented victory for science that will lead to a much faster pace of normalization to our daily lives compared to what we would have assumed just a few weeks ago. By spring, things should be looking much closer to normal.

Here were the main moves in equity markets as of early Monday:

Here were the main moves in equity markets, as of 6:20 p.m. ET Sunday:

How Much Is Clovis Oncology, Inc. (NASDAQ:CLVS) Paying Its CEO?