On Tuesday, Americans decide who will lead the country through a period of nearly unmatched uncertainty.

For investors who have been dealing with constant volatility ever since the pandemic arrived and switched off whole industries, Election Day is just the next upheaval on the horizon. But it’s a big one.

The two potential presidents have completely different plans for the future. And market watchers also will want to pay attention to Senate races, as the difference between a divided and unified government could totally reshape the investment landscape.

Here are the possible scenarios, and a few ways investors can prepare for any outcome.

How do elections affect the stock market?

While it’s impossible to predict exactly what will happen to the market, experts acknowledge a few common trends with elections.

“S&P 500 volatility has typically been higher in election years than in non-election years, as markets frequently reprice the probability of the future administration’s policies,” the JPMorgan Market Insights team wrote earlier this year.

As for the outcome, markets tend to react positively in the immediate aftermath of a Republican win, because the party’s policies are considered more market friendly.

“This is by no means a strong rule of thumb… Other significant geopolitical and economic events may carry more influence over the market’s direction” the JPMorgan team added.

And expect to see a greater shift if one party sweeps its way to a unified government — a red or blue wave that captures the White House, Senate and House. At this point, the analysts say, a Republican sweep seems unlikely, while the chances of a Democratic sweep have grown.

What happens if Donald Trump is re-elected?

In other words, the status quo.

This scenario is seen as “marginally positive” for the markets, according to JPMorgan strategists. Market-friendly factors such as lower taxes and relaxed regulation would offset the impacts of ongoing trade tensions.

A Morgan Stanley report says continued deregulation would benefit the telecom and energy sections, as well as asset managers. Renewables, on the other hand, could face pressure in a second Trump term.

What happens if Joe Biden is elected?

A “blue wave” — that is, the Democrats taking the White House and Congress — is likely to produce a neutral market reaction overall, JPMorgan suggests. Biden’s plan to increase spending on infrastructure, clean energy and tech, health care and education is expected to partially counterbalance the negative effects of increasing corporate tax rates.

In addition to the overall tax hikes, experts at Fidelity Investments expect to see greater regulation that will hinder a number of sectors, including health care, financial services and big tech.

Both the Democrats and Republicans are planning antitrust action against large tech companies, though the analysts at U.S. Bank expect the Republicans will actually be more harsh under Attorney General William Barr. That means the fate of large tech stocks could be loosely tied to a Biden win.

A warming of U.S.-China relations could also positively impact the markets. A Biden presidency could mean less reliance on tariffs as a negotiation tool and result in trade growth.

All of that aside, if Biden wins the election but the Democrats fail to flip the Senate, a divided government wouldn’t cause a dramatic movement in the markets. Any changes to tax and spending policies “are likely muted by a GOP Senate,” according to Fidelity analysts.

How should you prepare?

Given the ongoing pandemic and the especially polarizing nature of this election, it’s possible the markets will become volatile in the near future, says Dirk Hofschire, Fidelity Investments’ senior vice president of asset allocation.

“The futures markets are pricing in rising stock-market volatility moving into the elections, and I expect a messy or prolonged aftermath could extend that volatility into December and maybe even January,” he adds.

If you’re unsure how to manage your investments in an unstable market, now would be a good time to consider using a robo-advisor. The sophisticated software will automatically adjust to any dramatic changes in the next few months.

On the other hand, if you’re just looking to build wealth for retirement, there’s no need to panic over volatility in an election year, says Tom Hainlin, national investment strategist at U.S. Bank.

“With presidential elections, you need to make sure to have all the components of a diversified portfolio in place, and then stick to a longer-term strategy that’s designed for more than one election cycle,” Hainlin says.

A robo-advisor such as Betterment will build a balanced portfolio for you — but if you’re going it alone, another option is to use a popular investing app. You’ll be able to make all the necessary trades without paying a dime in commission, and you can even buy fractions of expensive tech stocks to finesse your portfolio. 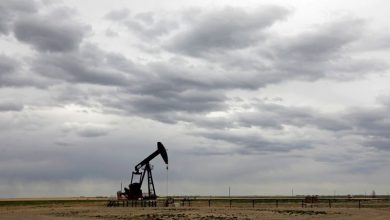 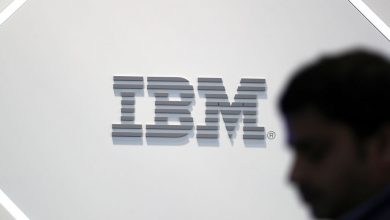 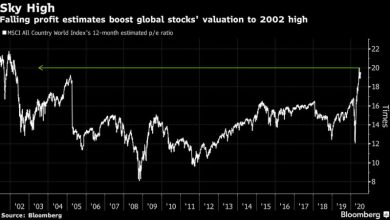 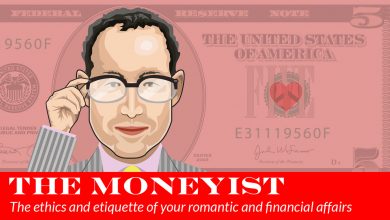 My husband signed for a car for a friend — against my wishes. Now we get notices for unpaid tolls and parking tickets. What if there’s an accident?