A woman poses as people line up in the rain to vote at an early site at Madison Square Gardens in the Manhattan borough of New York City, New York, U.S., October 26, 2020.

Weeks before the start of the fall semester, Duke University senior Lindsay Maggioncalda found out she would no longer have a place to live on campus. The university decided to limit campus housing to underclassmen to reduce the potential for coronavirus spread. Faced with the option of purely online schooling, Maggioncalda chose to take the semester off.

At the time, she hadn’t considered how her decision could impact her ability to vote in the 2020 election.

Maggioncalda had registered at her Duke address for the 2018 midterms. A Bay Area native, she was looking forward to voting in North Carolina in the presidential election because she felt her ballot could be more influential in a battleground state than in California. Now away for a semester, she didn’t know if she would be eligible to vote in North Carolina this fall.

After extensive online research, correspondence with student organizers and two phone calls with the Durham County Board of Elections, Maggioncalda secured an absentee ballot.

“On campus, people will give you all the information you need,” Maggioncalda said. “Not being on campus, you really have to figure out yourself how to vote.”

The coronavirus pandemic has introduced additional barriers to voting for young people, a population that isn’t known for turning out in large numbers. Only 43% of citizens ages 18-24 voted in the 2016 election compared to 61.4% of eligible citizens who voted overall, according to U.S. Census Bureau data.

Despite Covid-19 challenges, however, young voters are poised to be a decisive force in the 2020 election with data suggesting record turnout from the group.

A national poll of Americans ages 18 to 29 released Monday by the Institute of Politics at Harvard Kennedy School found that enthusiasm for voting in 2020 is on par with 2008, a historic election for youth turnout as Barack Obama swept into the White House with a Democratic Congress. This year, Democratic nominee Joe Biden leads Republican President Donald Trump 63% to 25% among young voters most likely to vote, the poll showed.

“Young people could either not show up and decide a toss-up race in favor of almost always a Republican candidate. Or they could show up in large numbers and help a Democrat win,” said Kei Kawashima-Ginsberg, director of the Center for Information and Research on Civic Learning and Engagement, or CIRCLE, at Tufts University.

The role of colleges

Kawashima-Ginsberg and colleagues have identified states and districts where young voters can have a deciding impact on presidential and congressional election outcomes. The locales include historic swing states that were crucial to Trump’s victory in 2016, like North Carolina, as well as areas that have become increasingly competitive, like Georgia.

Wisconsin is the state where youth can have the most influence in the presidential election, according to CIRCLE. Trump won the swing state by less than a percentage point in 2016, ending Wisconsin’s seven-election streak of backing Democratic candidates.

Universities have historically played a role in turning out youth voters, Kawashima-Ginsberg said. Research from Tufts found that counties with a high presence of college students played a crucial role in Wisconsin’s 2018 gubernatorial race, where Democrat Tony Evers narrowly defeated incumbent Republican Scott Walker by about one percentage point.

With many schools using virtual or hybrid instruction this semester, student voting mobilization efforts have had to adapt. Even when students are on campus this semester, facilities are not always open in the same way, which can affect students’ ability to obtain voting requirements such as college IDs.

Wisconsin is one of the most difficult states for students studying away from home to vote, due to voter ID laws. At UW-Madison, the largest university in the state, 46% of 31,654 undergraduate students are not from Wisconsin, according to the university’s fall 2020 enrollment report.

“There are things directly related to Covid that are making it a little bit more difficult for students from out of state to exercise their right to vote here,” said Kristin Hansen, Wisconsin coordinator for non-partisan Fair Election Center’s Campus Vote Project.

Tamia Fowlkes is a junior at UW-Madison and an organizer with Badger Votes, a campus-wide initiative helping students cast their ballots in the 2020 election. She’s been leading virtual events and social media campaigns to get out the vote. While there have been significant challenges this election season, she said she has also seen an unprecedented amount of energy around voting and social issues among peers.

“As college students, we’re living in this state nine out of the 12 months of the year. The people who are making policies in the state will ultimately impact the budget that impacts our university,” Fowlkes said. “It expands beyond just what’s happening when you’re electing a president.”

With coronavirus surging in Wisconsin, voters face yet another hurdle. For students in quarantine, solutions vary. UW-Milwaukee, for example, is lining up sanitized taxis that will take students to curbside voting and back, Hansen said. Others are leaving it up to students to figure it out themselves.

A surge in energy

Across the country, in-person early voting is well underway. In Wisconsin and North Carolina, residents can register to vote and cast their ballot at the same time, a popular option among young voters. Duke’s on-campus early voting site has drawn the highest turnout so far in Durham County, according to local election data updated Tuesday.

“The energy is definitely there and you can see that it’s different from other elections,” said senior Jessica Sullivan who spearheads Duke Votes, a student voting coalition. “People are so engaged and excited about this and really wanting to make sure that their vote counts.”

As of last Wednesday, more than 3 million voters ages 18 to 29 have already cast their ballot in the 2020 elections, according to Tufts data. The number of young voters has far outpaced that of 2016. In North Carolina and other states, early votes cast by young people have already exceeded the 2016 margin of victory. Still, young people’s share of total voter turnout is modest in comparison to other age groups.

“Young voters tend to vote later and are more likely to vote in-person than by mail. As we get closer and closer to Nov. 3, we’re going to continue to see that share of the votes tick up to levels that we haven’t seen before,” said Rachel Weber, a spokesperson for progressive youth voting initiative NextGen America.

A generation galvanized by youth-led coalitions from the anti-gun violence group March for Our Lives to the climate-focused Sunrise Movement, many young people have embraced a model of activism that emphasizes movement politics.

“The energy that we’re seeing from young people right now is not just a blip,” Weber said. “It’s going to continue beyond Nov. 3.”

Correction: This story was updated with the correct spelling of Rachel Weber’s name. 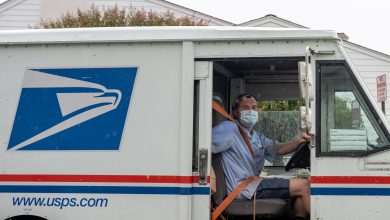 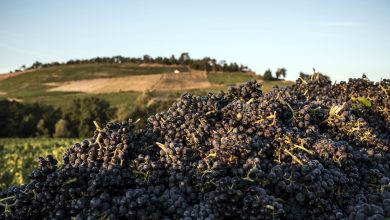 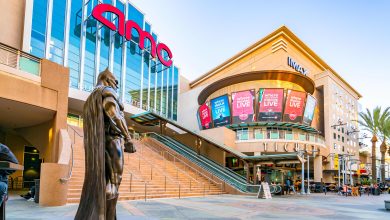 AMC posts smaller-than-expected loss, but CEO says there are still pandemic challenges ahead 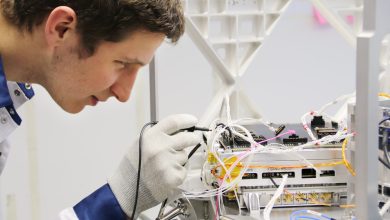