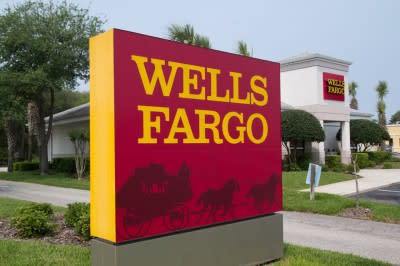 Morgan Stanley: 2 Stocks That Could Climb Over 40%

Since President Trump was released from the hospital, following his bout with the coronavirus, the headlines have turned towards the possibility of a new economic stimulus package. On both sides of the aisle, there’s a perception that the public needs this – support for unemployment benefits, support for small businesses, more cash injected into the system – as a new wave of COVID cases starts ramping up.The stumbling block is partisan politics. House Democrats put together a $2.2 trillion proposal, but it was loaded down with the traditional Congressional pork: plenty of funds for majority party pet projects, that would not likely get funded otherwise. Trump, with support from Congressional Republicans, refused to accept it. The Democrats refused to back down. Both sides are now refusing to negotiate. The media wisdom is, this is a political defeat for the President in the run-up to the election.But, however the political optics work out, the economy may survive without this life support, according to equity strategist Mike Wilson of Morgan Stanley.“I don’t think we need stimulus in the next 30 days for the economy to stay afloat. There is no risk of a double dip recession in the next 30 days if we don’t get the stimulus done,” Wilson wrote.In the longer run, Wilson is optimistic that a stimulus package will happen. He notes that it is in the interests of both political parties to pass it, and adds, “We still think stimulus is coming. It is now just a timing question before or after the election. Our best guess is probably after the election.”Following Wilson’s lead, Morgan Stanley analysts are pounding the table on two stocks that look especially compelling. According to these analysts, each name is poised to surge at least 40% over the 12 months ahead. We ran the the two through TipRanks database to see what other Wall Street’s analysts have to say about them.Ferrari NV (RACE)We’ll start in the fast lane, with Ferrari. The famous performance and luxury car company has performed well this year, recovering quickly from the mid-winter corona-inspired market crash. The recovery in RACE shares underlines the fact that Ferrari’s well-heeled customer base is largely immune to downturns in consumer spending.Adam Jonas, Morgan Stanley’s expert in the automotive industry, sees Ferrari in a solid position as the year-end checkered flag approaches.“We believe the 5 new 2020 models plus the 2 to be released in 2021 (1 yet to be announced) mean Ferrari is poised for an extreamly strong 2021 from the point of view of overall: portfolio diversification, mix and higher ASPs, which together with strong economies of scale, can lead investors to expect strong incremental margins. We forecast EBITDA margins to rise from 32% in 2020 to 36% in 2021 (34% in 2019),” Jonas wrote. To this end, Jonas rates the stock as Overweight (i.e. Buy), supported by those comments, and his $265 price target suggests a one-year upside of 44%. (To watch Jonas’ track record, click here)Overall, Ferrari stock has a Moderate Buy rating from the analyst consensus, with 11 reviews breaking down to 9 Buys, 1 Hold, and 1 Sell. The shares are selling for $184.48, and their $210.03 average price target suggests they have a 14% upside potential for the year ahead. (See RACE stock analysis on TipRanks)Delta Airlines, Inc. (DAL)Next up is Delta Airlines, one of the major players in the global airlines industry. With its headquarters and primary hub in Atlanta, Georgia, Delta boasts a market cap of almost $21 billion – and that’s after accounting for the stock’s net loss of 44% since the end of February.The airline industry has been pummeled by the trade and travel restrictions put in place to combat coronavirus, in addition to the slow demand due to the economic crisis. DAL reported just $1.47 billion in revenue for Q2, down 82% sequentially, and the EPS loss was deep, at $4.43. The company has been taking steps to maintain liquidity, including issuing senior secured notes for upwards of $1.5 billion and drawing on a $3 billion credit facility.Morgan Stanley’s Ravi Shanker focuses on the airline industry, and describes recent conditions as a “long and tough quarter.” However, the analyst the analyst views DAL’s risk-reward as compelling at current levels”We expect a beat for DAL this quarter, but don’t believe that results (outside of cash burn) are likely to matter… We expect investors to focus on forward commentary more than current results,” Shanker noted. “DAL has some of the strongest customer satisfaction numbers among the other Legacy peers, while also commanding a higher PRASM, making it our preferred Legacy carrier. With ample liquidity we see limited liquidity risk here.”In line with his view of Delta as fundamentally sound, Shanker rates the stock Overweight (i.e Buy). He sets a price target of $54, indicating confidence in an impressive upside of 65% for the coming year. (To watch Shanker’s track record, click here)Overall, the analyst consensus view for DAL is a Moderate Buy, based on 11 reviews, including 7 Buys and 4 Holds. The average target of $39.50 suggests a one-year upside of 20% from the current share price of $32.73. (See DAL stock analysis at TipRanks)To find good ideas for stocks trading at attractive valuations, visit TipRanks’ Best Stocks to Buy, a newly launched tool that unites all of TipRanks’ equity insights.Disclaimer: The opinions expressed in this article are solely those of the featured analysts. The content is intended to be used for informational purposes only. It is very important to do your own analysis before making any investment. 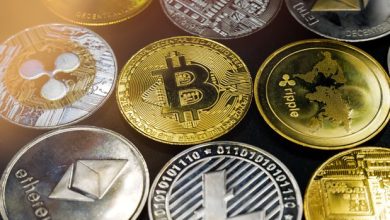 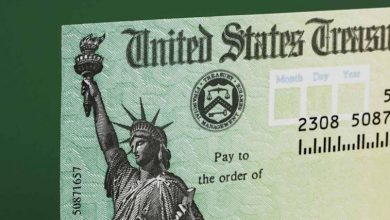 Your kids are too old for the family stimulus checks? You can still get a payout 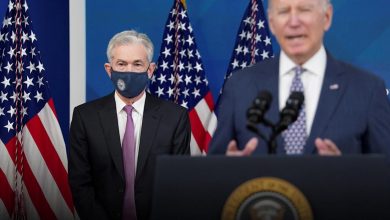 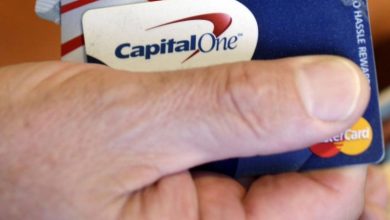 Column: This bank is worried scammers may be cruelly paying off people's credit cards