How millennials have been affected by unemployment during coronavirus

Having multiple jobs is often touted as a way to get ahead.

During the coronavirus pandemic, not so much.

That’s because laid-off workers with side gigs may receive a lot less money from unemployment benefits because government systems are not able to process different sources of income.

Performer Kristin Guerin, 30, was laid off in March when the long-running show she was performing in closed. Before the crisis, Guerin made roughly 70% of her income from jobs that gave her 1099 forms, used by freelancers, independent contractors and other self-employed workers.

None of that income is being counted towards her weekly state unemployment benefit from New York. Since she had worked occasional jobs that gave her a W-2 tax form, the state counts only that income for benefit purposes.

Kristin Guerin, an actor, is getting unemployment insurance benefits that replace less than 15% of her previous income because they do not count any of the work she did as a 1099 employee.

Her weekly payment is less than 15% of what she used to make. Generally, unemployment insurance aims to replace about 45% of lost wages, and the national average weekly benefit is between $300 and $400.

“I’m not even expecting to make what I made,” said Guerin. “I think we all understand that this is just something to keep you going until your industry starts back up, which unfortunately looks like mine is on hiatus until at least June of 2021.”

The coronavirus pandemic has led to staggering unemployment that’s lasted for months. There are currently roughly 23 million Americans claiming unemployment benefits through all programs as of Oct. 3, according to the Labor Department.

In March, the CARES Act expanded eligibility for unemployment insurance, including gig workers, freelancers and independent contractors, as well as people who had lost income due to the pandemic. The program established for these workers, called Pandemic Unemployment Assistance, currently has 10.2 million Americans claiming benefits.

More from Invest in You:
Moving to a cheaper city may be worth it, even if it means a pay cut
Many Americans will need long-term care. Here’s how to pay for it
Job scams increased during the pandemic. How to avoid falling for one

But mixed earners like Guerin, who had filed both 1099s and W-2s, have been unable to access PUA. Workers with a W-2 job – even if that doesn’t make up all their income – generally get processed for unemployment through state benefits, said Michele Evermore, senior policy analyst at the National Employment Law Project.

That means their weekly payout is based on only a portion of their income and as a result they’re getting a lot less money than if it was all counted.

“It’s a real bummer for these folks who made a majority of their income in a way that would qualify them for PUA,” said Evermore. People that held multiple jobs made up 5% of the total employed in September, according to the Labor Department, down from nearly 6% a year ago.

The situation for mixed earners has become more dire as unemployment benefits decline. At the end of July, the additional $600 per week established by the CARES Act expired, immediately slashing income for millions of Americans.

In August, President Trump’s executive action extended an extra $300 per week through the Lost Wage Assistance program, but it left some mixed earners out — hundreds of thousands of people receiving less than $100 per week in state benefits didn’t get the additional money.

Some workers impacted by the health crisis couldn’t get any unemployment insurance because they had W-2 jobs.

B.A. Ciccolella, a self-employed theatrical designer and technician, tried to apply for benefits when she lost half her income due to the pandemic, she said.

B.A. Cicolella, pictured in one of her jobs as an artist liaison for the local symphony, tried to apply for unemployment benefits due to underemployment after losing half her income due to Covid-19. She was denied PUA because she had W-2 jobs.

Ciccolella was able to keep working part-time as an administrator at an organ donation office in Norfolk, Virginia, through the pandemic, but her other sources of income — working as a production assistant at a local arts festival, a fitness instructor and other arts-based gigs — dried up. She heard that PUA was available for those who were underemployed or lost income because of the pandemic, and so decided to apply.

Because she had W-2s, however, she wasn’t eligible for PUA. And, because the state employment office only counted her W-2 income, the weekly benefit she could have gotten was less than what she made working only part-time, so she kept the job.

The money she makes doesn’t cover her rent, car payment and other expenses. She’s gotten by with help from family and by picking up the few freelance jobs she’s been able to find.

It’s been “nerve-wracking, to be honest with you,” said Cicolella. “In June, I’d lost 50% of my average income for the year.

As the pandemic continues and unemployment remains high, especially in industries such as leisure, hospitality and entertainment, people have been advocating for changes to the system to get more aid to workers. Advocacy groups such as Extend PUA have formed and helped connect unemployed workers to elected officials to tell their stories.

There was a fix in place in the HEROES Act, which was passed by House Democrats this year. It is called mixed earner unemployment compensation and would give an additional $125 per week to people that had at least $5,000 of self-employment income in the most recent year of their application for benefits.

For years and years I paid into unemployment, and then to be receiving this insanely low number? It’s not even livable.

But it’s unlikely that another round of stimulus will be passed any time soon, and it’s not clear that the mixed earner unemployment compensation would be included in any deal between Democrats and Republicans.

Without the fix from the HEROES Act there may not be one, Evermore said. State unemployment systems were not set up to deal with the level of unemployment brought on by the pandemic, and they aren’t equipped to merge with PUA, a federal program.

“There is no way to make the systems talk to each other,” said Evermore.

Pros and cons of having a W-2

To be sure, there may be a benefit to having some W-2 income and receiving state benefits. Without another stimulus bill, many of the programs established in the CARES Act expire at the end of the year. That includes PUA, which will stop for all regardless of how many weeks of eligibility they had left.

Those on state unemployment will continue to receive benefits through next year if they are still eligible.

Still, the amount that many mixed earners are getting isn’t enough to live on.

New York actor Guerin is able to pay her monthly rent because she’s still getting the additional $300 per week established by Trump’s executive action. She’s had to dip into her savings for other expenses and will have to draw them down further once that assistance runs out.

“For years and years I paid into unemployment, and then to be receiving this insanely low number?” Guerin said. “It’s not livable.”

CHECK OUT: I’ve made thousands of dollars a month in passive income for the past 5 years: Here’s how via Grow with Acorns+CNBC. 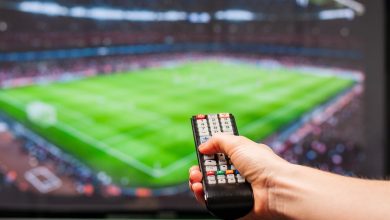 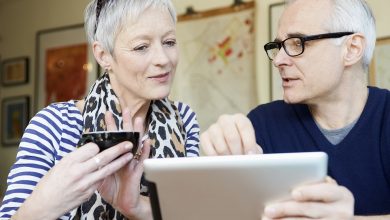 71% of Americans are worried Social Security will run out of money in their lifetimes. Why experts say that won’t happen 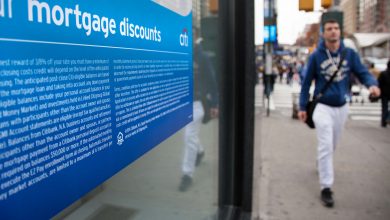 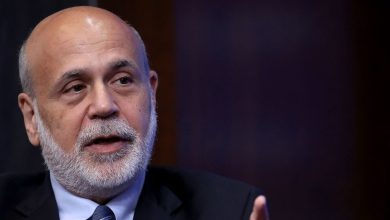 Bitcoin won’t become ‘an alternative form of money,’ or a store of value, says Ben Bernanke