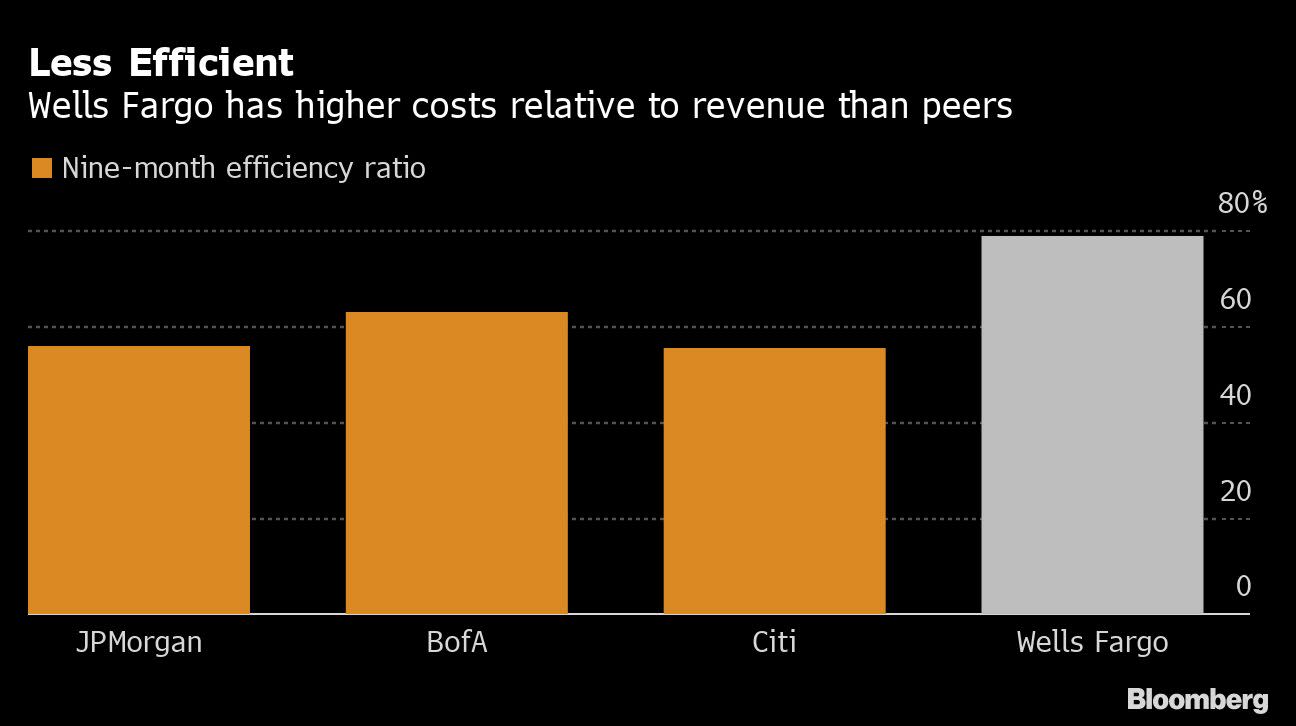 The bank posted a surprise increase in third-quarter expenses as it set aside almost $1 billion for customer remediation and $718 million in restructuring charges. That countered loan-loss provisions that came in at less than half what analysts had expected.

In his first year atop Wells Fargo, Scharf has been working to move the firm past a series of scandals. He’s charged with making harmed customers whole, repairing relations in Washington and improving earnings. He’s repeatedly lamented the bank’s high costs, pledging to ultimately shave $10 billion off annual expenses.

“Our top priority continues to be the implementation of our risk, control and regulatory work, but we are also taking targeted actions to improve the experience for our customers, clients, communities and employees,” Scharf said in a statement Wednesday. “The trajectory of the economic recovery remains unclear as the negative impact of Covid continues and further fiscal stimulus is uncertain.”

The firm set aside $769 million in loan-loss provisions in the three months ended Sept. 30, less than the $1.65 billion analysts had forecast. Chief Financial Officer John Shrewsberry said last month that the firm wasn’t anticipating losses to be worse, but cautioned that “it’s hard to know whether they’re going to be better or just further out in the future.” At the end of the quarter, the bank had $20.5 billion set aside for credit losses. Nonaccrual loans rose 5.5% from the second quarter, largely driven by consumer mortgages.

Wells Fargo shares declined 54% this year through Tuesday, more than the 31% drop in the KBW Bank Index. The stock fell 1.7% at 9:03 a.m. in early New York trading.

Rivals JPMorgan Chase & Co. and Citigroup Inc., which reported their third-quarter results Tuesday, set aside just $2.87 billion for loan losses in the period, also less than half what analysts expected, partly because they’d already been aggressive in beefing up their reserves in the first half of the year.

Wells Fargo’s non-interest expenses climbed by $30 million from a year earlier to $15.2 billion. The bank is working to dramatically reduce costs and has started workforce reductions that could ultimately number in the tens of thousands. Wells Fargo had 274,900 employees as of Sept. 30, down from 276,000 at midyear.

The firm is still under a costly Federal Reserve-imposed cap limiting assets to $1.95 trillion, their end-of-2017 level. The restriction bit harder this year, constraining Wells Fargo’s ability to finance clients and react to the changing economic environment. It also put limits on the bank offsetting lower rates with growth, resulting in a sharp decline in net interest income. Wells Fargo reported $1.92 trillion in assets at the end of the third quarter, down from $1.97 trillion as of June 30.

“The Fed’s asset cap is making an already challenging environment even more difficult for Wells,” Kyle Sanders, an Edward Jones analyst, said in a note Wednesday. “In response, we anticipate Wells will focus on drastically reducing expenses to improve profitability. In our view, there is a tremendous opportunity to lower the company’s cost base and improve productivity.”

Revenue fell to $18.9 billion, beating analysts’ estimates of $17.95 billion.The bank’s efficiency ratio, a measure of profitability, improved slightly to 80.7% from 81.6% in the second quarter.Net interest income fell 19% from a year earlier to $9.39 billion. Last month, Shrewsberry lowered the bank’s full-year NII guidance to $40.5 billion, a decline of 14% from 2019, citing weaker loan demand.

(Updates with details of credit-loss allowance in fifth paragraph, asset cap in ninth.) 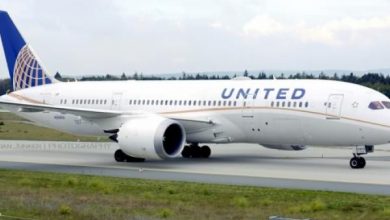 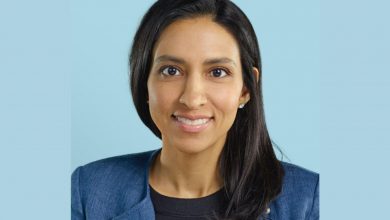 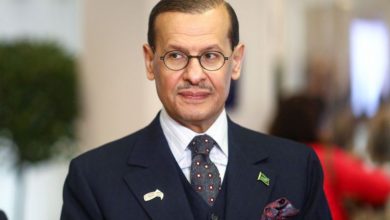 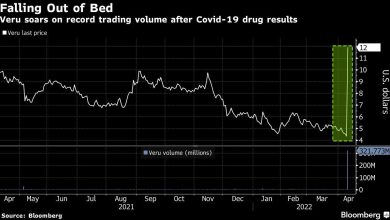 Pair of Drugmakers Soar in Meme-Like Session on Study Results