With earnings season gathering pace, now is the time to re-evaluate your portfolio. However, in such an unpredictable environment, investors need to be particularly savvy when making critical investing decisions.

“Markets are now hoping for (and trading on) a smooth election, a big stimulus, the end of the pandemic, and the economy being back to 2019 normal early next year,” said Brad McMillan, chief investment officer at Commonwealth Financial Network. This makes the market particularly vulnerable to disappointment. Indeed, the S&P 500 pulled back this week as stimulus hopes wane and corona fears resurface.

In order to find compelling investing opportunities, it’s worth following the latest stock recommendations from analysts with a proven track record of success. TipRanks analyst forecasting service attempts to pinpoint Wall Street’s best-performing analysts. These are the analysts with the highest success rate and average return measured on a one-year basis — factoring in the number of ratings made by each analyst.

For five-star RBC Capital analyst Alex Zukin, Microsoft remains one of his favorite near-term calls into earnings. On October 12, he reiterated his MSFT buy rating and took his price forecast from $230 to $250 (13% upside potential).

In a report titled ‘The King Is Back’, Zukin says checks suggest business trends are normalizing which, combined with conservative guidance, should provide upside to estimates.

“Our checks on Microsoft come back strong, with partner feedback leading us to believe the company likely met or exceeded internal expectations” the analyst commented. Primary drivers of success are still Azure and O365/Teams- with ‘strong large deal activity’ for Azure.

“Multi-year growth engines of O365 and Azure continue to show fundamental strength, and margin expansion across Commercial Cloud is continuing with scale and execution” sums up Zukin.

With a 78% success rate and 33% average return per rating, this is one of the Top 10 analysts tracked by TipRanks.

On October 13, Apple hosted its highly anticipated virtual event “Hi, Speed”. For Needham analyst Laura Martin, the event confirmed her bullish outlook on the iPhone maker. She reiterated her buy rating on October 14 with a $140 stock price forecast (16% upside potential).

If successful, this new strategy could build value faster than in the past. For example, buying an in-home product like a HomePod Mini encourages all family members to join iOS, lowering AAPL’s customer acquisition costs. And most AAPL services now have family plan discounted pricing, which raises the cost for any family plan member to leave AAPL’s ecosystem.

“We believe that AAPL’s pivot toward maximizing value per home is supported by its introduction of 4 new [iPhone] models intended to extract the most value per person in the home, based on their age and income levels” the analyst explains. Plus low priced iPhone choices attract new consumers to AAPL’s ecosystem.

With a Top 100 ranking on TipRanks, Martin is currently tracking a 24.4% average return per rating.

Top Raymond James analyst Matthew McClintock has just upgraded AutoZone from buy to strong buy. And in a further bullish signal, he also ramped up his price forecast from $1,500 to $1,565 (34% upside potential).

According to McClintock, the auto parts giant deserves a premium valuation relative to historical averages. That’s due to AZO‘s improving parts availability/e-commerce fulfillment capabilities which he believes should yield outsized market share gains.

“The next few years of EPS expectations are higher than ever, yet the stock is flattish YTD and trades at a discount to history” the analyst told investors.

Encouragingly, management recently gave rare forward commentary for the first time in at least five years, which McClintock cites as positive for both the forward quarter (1Q21) and forward year (FY21). For instance, on the most recent earnings call, CEO Bill Rhodes remarked that “based on our performance post-enhanced unemployment, we feel our sales will remain elevated for some time.”

Net-net “AZO is the proven, best-in-breed, consistent, long-term retail story that investors only get few chances over an entire career to acquire at a discount” the analyst concluded on October 13, adding: “AZO is now our top pick.”

Snap reports its third quarter results October 20 after the market close. Ahead of this key date, Stifel Nicolaus analyst John Egbert has reiterated his SNAP buy rating, while boosting the stock price forecast from $27 to $32. Shares have surged so far this year, but Egbert’s price target indicates further upside potential of 17%.

“We expect DAUs [daily active users] at the high-end of Snap’s guidance range in 3Q, supported by steady gains in North America / Europe and an inflection in the Rest of World segment” the analyst wrote on October 14.

Looking further out, Egbert believes Snap should be a major beneficiary of growing demand from direct response advertisers during the holiday shopping season. And “the company’s audience growth, product innovation, and long runway for above-market ad growth should fuel robust levels of growth in FY:21 and beyond.”

TipRanks shows that the analyst scores a stellar 23.4% average return per rating.

HCA Healthcare has just received the thumbs up from RBC Capital’s Frank Morgan. This five-star analyst has a $168 price target on the health care services stock, equating to upside potential of 27%.

“We believe shares of HCA should outperform the peer group given its strong position as the largest integrated healthcare delivery system in the country, with unmatched scale and infrastructure” the analyst cheered on October 11.

According to Morgan, HCA has learned to manage effectively during a pandemic. Its teams have developed clinical expertise in providing care for coronavirus-positive patients while serving non-coronavirus patients safely- and the company can flex its business up/down depending on community needs.

He has now updated his estimates to reflect HCA’s strong pre-released 3Q20 results, with 3Q20E adj EBITDA now forecast at $2.03B (from $1.99B previously). These results demonstrate the success of management’s recovery strategy, says the analyst, with continued improvement in volume trends, impressive acuity, and strong cost management.

What’s more, with its plan to repay early the $6B in CARES Act funds, HCA’s capital allocation options are now much more flexible, including potential buybacks. 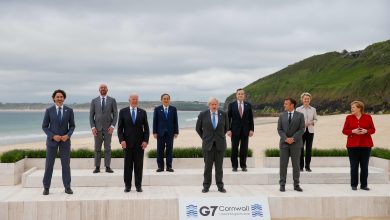 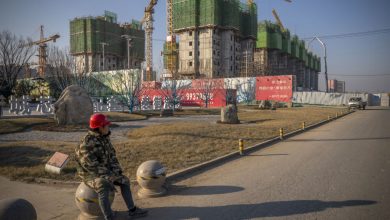 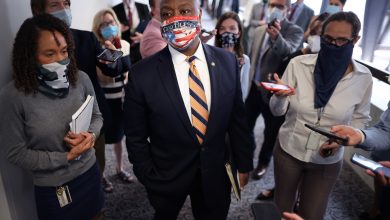 Republican senator on police reform: ‘We’re going to get to a bill that actually becomes law’ 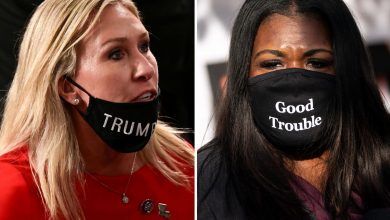