Stakes are high for stocks heading into the final days of the 2020 presidential election.

With former Vice President Joe Biden leading President Donald Trump in a number of national and swing-state polls less than two weeks away from Election Day, Wall Street is building in the possibility of a Democratic win.

One area of the market is exhibiting a particularly unusual pattern, strategist Garrett DeSimone said Tuesday: the volatility complex, tracked by the Cboe Volatility Index or VIX.

“If we look at the VIX futures curve, it’s undergoing a very unusual shape and that is a backwardation, meaning the November contracts are priced higher than the December contracts,” said DeSimone, head of quantitative research at OptionMetrics.

“This is very unusual because typically, the volatility term structure is upward-sloping,” meaning the market typically expects more volatility to occur in the months following the election, DeSimone said on CNBC’s “Trading Nation.”

Once investors get past the election, hear the outcome, see a decision on stimulus and hopefully some positive news on the coronavirus vaccine front, volatility should subside, making for a potentially lucrative near-term trade, he said.

Now that the possibility of a Democratic sweep is in the cards, DeSimone also suggested looking to the bond market.

“What we’ve seen in the beginning of October is the 10-year yield creep up very, very slowly, coordinated with the margin increasing for Democrats in both the congressional and the executive branch polling,” he said. “What this indicates to me and us at OptionMetrics is that these markets are pricing in a potential takeover of both branches and essentially pushing up the yields due to fiscal spending and infrastructure spending, the possibility of that occurring.”

If that does play out, the value trade — which consists largely of health care, financials, consumer staples and industrials — should get a boost while megacap growth stocks take a back seat, DeSimone said in an earlier phone call with CNBC.

“Value’s performance is very tied to the yield curve,” he said. “With a unified government and positive news on the vaccine front, an inflecting curve could provide a big boon to value stocks.” 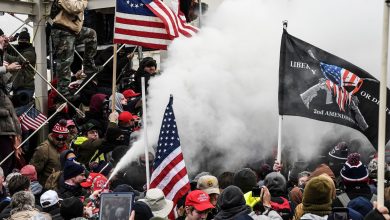 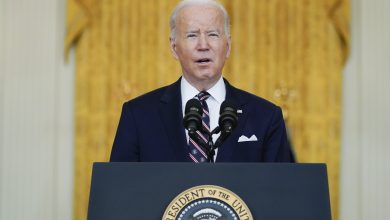 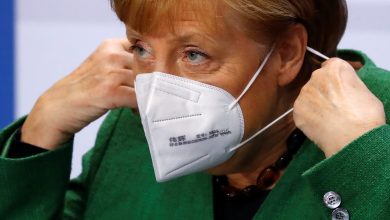