The United States government, using a confidential process, has blocked a Chinese entity from purchasing a fertility clinic in San Diego, CNBC has learned.

The action to protect a U.S. fertility clinic reveals previously unknown concerns about Chinese access to American medical data stored in fertility clinics, which can include families’ most intimate biological and personal information.

It comes against a backdrop of increasing tensions between the two countries after a summer in which each country closed consulates of the other and accused each other of negligence in allowing the spread of the deadly coronavirus.

Current and former officials told CNBC the action was taken by the secretive Committee on Foreign Investment in the United States, which typically oversees transactions involving the buying and selling of companies that have national security implications. Officials would not say exactly when CFIUS took this action but said it happened during the Trump administration.

CFIUS is an interagency committee that reviews transactions involving foreign investment in American companies. The committee is housed inside the Treasury Department, but it is also made up of representatives from various agencies and the Departments of Justice, Defense and Homeland Security. The CFIUS review process is cloaked in secrecy. The committee rarely comments on actions it takes or publicly explains the reasons for blocking certain deals.

CFIUS is most often associated with the defense sector, but in recent years, Congress has significantly bolstered the committee’s legal authority to review a wider range of transactions. Experts say the committee has become more focused on the question of access to U.S. data.

Officials declined to provide the name of the Chinese entity that attempted to acquire the fertility clinic, or the target of the acquisition attempt.

John Demers, the head of the National Security Division of the Department of Justice.

But the reasons for the government’s concerns go to the heart of the great power competition between the United States and China and to the cutting edges of medical science.

John Demers, head of the DOJ’s National Security Division and one of the nation’s top spy hunters, declined to confirm the specific CFIUS action. Yet he did speak in general terms in an interview with CNBC about why the U.S. government is wary of Chinese ownership of American fertility clinics.

“Your genetic material, your biological material, is among the most intimate information about you, who you are, what your vulnerabilities may be, what your illnesses have been in the past, what your family medical history is,” he said.

He also said the United States has two concerns when it comes to Chinese ownership of U.S. fertility clinics.

First, officials believe the Chinese could use the data from fertility clinics to amass a large database of biological information that can be used against Americans.

Second, Demers worries that the Chinese could use data from fertility clinics to create a military threat.

“I’m not saying that we’ve seen this, but the worst case would be the development of some kind of biological weapon,” Demers said. “If you had all of the data of a population, you might be able to see what the population is most vulnerable to,” he said, “and then develop something that’s taking advantage of that vulnerability.”

“These are not things that are reported,” said Ricardel, who served on Trump’s National Security Council in 2018. “It’s a confidential process. But I understand there’s been at least one case.” Asked whether the Chinese were trying to buy a fertility clinic, Ricardel said: “Correct.”

She said the U.S. had many potential reasons to reject such a deal.

“They would say no because they have concerns about the way the data is handled, or whose data it might be, or perhaps the location of the clinic, how big it is, whether it’s plugged into other organizations that we may not have visibility into,” Ricardel said.

Yet despite this U.S. government concern, a CNBC investigation found that four of the roughly dozen fertility clinics in the San Diego area already have investors with links to China. The San Diego region is replete with some of the nation’s most sensitive military facilities, such as Marine Corps Air Station Miramar — the “Fighter Town USA” made famous in the movie “Top Gun” — and Naval Base San Diego, home port of the U.S. Pacific Fleet.

Chinese investors have plenty of legitimate business reasons to be interested in American fertility clinics.

Fertility treatments are hugely popular in China after the repeal of its policy of restricting couples from having more than one child. In the years before Covid-19, Chinese customers flocked to American clinics, which are seen as among the best in the world. The fertility business, in which high net worth clients often pay cash for expensive procedures, can be extraordinarily lucrative. In vitro fertilization cycles alone can cost well over $10,000, and the clinics can charge additional fees for other procedures. That makes American clinics ripe takeover targets.

Several people involved in the industry say the U.S. government is overreacting to the presence of Chinese ownership groups.

Dr. Samuel Wood is the director of Fertility Services and President at Gen5 Fertility, a fertility clinic in San Diego.

Asked whether he shares the government’s concern, Dr. Samuel Wood, president of Gen 5 Fertility in San Diego, said, “I really don’t. Remember, the only reason that these investors became interested in this is because Chinese patients were coming to the U.S.”

Wood has practiced medicine at two San Diego-area fertility clinics with Chinese-linked ownership. He said Chinese investors are attracted to the lucrative business model of the clinics themselves. “I really don’t see any security risk at all,” Wood said.

He said Gen 5 has a Chinese investor who owns a share of the management company that operates the business side of his practice. He also said Gen 5 keeps all medical data in house. “We control everything. All the staff here work for me. And none work for the investment company.”

Still, Wood said American doctors should be cautious about the influx of Chinese money into the industry.

“I think overall the net effect hasn’t been negative,” he said. “But we do need to be careful going forward that all of us behave in an ethical way with our patients and we don’t let the money affect what we do.”

The 2019 annual report by the U.S.-China Economic and Security Review Commission offers some context around why the government might be focused on fertility clinics. Chinese investment in fertility comes as investors with connections to Beijing are making a concerted effort to acquire American data more broadly.

The commission found that “the acquisition of U.S. personal and health data by the Chinese government and companies presents national security risks.”

The report detailed an intensive Chinese effort to gain data through partnerships with U.S. companies and universities as well as using illegal techniques such as the 2015 hacking of the health-care company Anthem. That attack allowed the hackers to gain access to up to 80 million patient records.

In 2017, China passed a national intelligence law mandating that Chinese people and organizations work with Chinese state intelligence services. That worries U.S. critics, who say it means Chinese business people are now legally obligated to assist Chinese intelligence if the government asks them for data, analysis or other support.

The Chinese Embassy in Washington did not respond to an email request for comment. In September, The Washington Post reported that a Chinese company connected with the People’s Liberation Army is collecting “open source” information on high-ranking individual members of the U.S. military, including “biographies and service records of aircraft carrier captains and up and coming officers in the U.S. Navy” and “profiles and family maps” of leaders including relatives and children.

With the complexity of the law, interlocking ownership and cutting-edge science, the challenge for the U.S. government is to work out which fertility-center transactions are legitimate business deals and which ones might not be.

At the Justice Department, Demers said the government is focused on the possibility of Chinese acquisition of U.S. data. “If all they were doing was then running that company as a going concern, and earning the profits from it, that would be fine,” Demers said.

But when it comes to fertility clinics, he has specific concerns.

“The Chinese approach is to gather [the genetic information] now, and then figure out what to do with it later.”

As the Chinese efforts to obtain sensitive U.S. personal information have been underway in recent years, a wave of Chinese investment was following Chinese customers into U.S. fertility clinics. CNBC’s analysis shows that several fertility clinics in the San Diego area already have links to China – links that are not necessarily apparent to their customers in California.

Take the example of HRC Fertility in California. Although it is not evident from the practice’s website or its offices, the corporate entity behind the medical practice has a convoluted and global ownership chain that winds all the way back to China and a top executive who is a member of the Chinese Communist Party.

One of HRC’s offices is in Oceanside, California, just a 14-minute drive from the front gate of Camp Pendleton, the main U.S. Marine Corps base on the West Coast.

In 2017, management rights to HRC Fertility were purchased by an investment entity in the British Virgin Islands that was itself owned by a Chinese coal company. Later, a new entity called Jinxin Fertility scooped up those assets, combined them with a number of mainland Chinese medical facilities and took the new company public on the Hong Kong stock exchange in a $390 million initial public offering in 2019.

The chairman of the board of Jinxin is Wang Bin, a member of the ruling Chinese Communist Party and a former executive of a Chinese state-owned enterprise.

HRC said the subsidiary of the coal mining company was merely a “convenient investment vehicle.” The company said the coal company was in turn owned by yet another Chinese entity, Yongtai Group Co, Ltd., which owns a wide array of companies.

In a statement, HRC told CNBC the company complies with “all relevant federal and state laws and regulations regarding patient data security. We take patient information and data security seriously, and do not share any patient information with our parent company. In fact, we go beyond the requirements and use third-party experts to confirm the security of our patient data on a regular basis.”

The company said in recent months it has done “significant restructuring to allay China related concerns” and that it keeps all U.S. patient data on servers in the United States.

As for the clinic’s location near a military base, the company said that is a “meaningless coincidence.”

Nonetheless, companies making acquisitions of other firms with little connection to the underlying business are the kinds of transactions that can be concerning to the U.S. government.

Demers explained that the U.S. scrutinizes transactions to separate those that are legitimate business deals from others that could be more menacing by looking at the business rationale for the transaction.

“If there’s something strange about it, you have a company that’s in one area of the markets buying something in a completely unrelated area to their current business, that’s not usually something businesses do. Right? So that’s something that we would look harder at,” he said.

Asked what he would make of a subsidiary of a Chinese mining company buying an American fertility chain, Demers said he couldn’t comment on any individual transaction.

But, he said, “that’s the kind of dissonance that would be very interesting to us.” 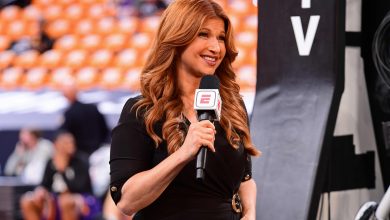 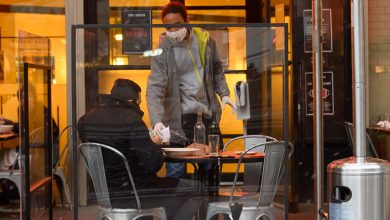 Black restaurant workers received less in tips than others during pandemic, report says 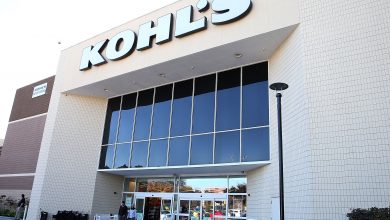 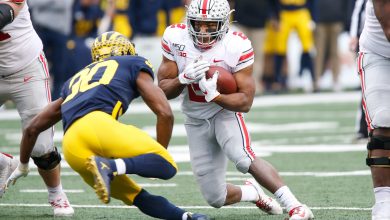