President Donald Trump fielded an intense line of questioning at a town hall on Thursday night that touched on the coronavirus, conspiracy theories and his reelection campaign.

“Oh, you always do this. You always do this,” Trump said at one point when the moderator, NBC’s Savannah Guthrie, asked him to clearly denounce White supremacy, a sticking point following his answer in last month’s presidential debate that left even some of his supporters unsatisfied.

“Are you listening? I denounce White supremacy. What’s your next question?” Trump said at the town hall.

The event in Miami, less than three weeks out from Election Day, was hastily scheduled after the cancellation of the second presidential debate between Trump and former Vice President Joe Biden. The president had flatly refused to take part in that event after the commission sponsoring the debate opted to hold the second showing virtually, rather than in person.

In its place, Trump and Biden participated in dueling town halls, set in different states but scheduled to start at the same time. Trump’s town hall was aired on NBC News, while Biden’s event was broadcast from Philadelphia on ABC News.

The bitter, fiery first debate in late September was marked by Trump’s frequent interruptions and Biden’s harsh language. But fireworks flew freely in the town hall Thursday night, as well.

Guthrie kicked off the hourlong event by grilling Trump about some of the unanswered questions surrounding his coronavirus diagnosis revealed earlier in October.

The president said he did not remember whether he was or was not tested on the day of the first debate with Biden, which occurred less than a week before Trump announced he had contracted Covid-19.

Guthrie shifted her focus to the in-person events Trump has hosted, including his signature campaign rallies, which have recently resumed after the president’s hospitalization with the coronavirus. Attendees at the rallies are often packed tightly without wearing masks or other protective gear, and health experts have warned that the events could facilitate the spread of Covid-19.

“As president, I have to be out there,” Trump said, explaining that he “can’t be locked in a very beautiful room somewhere in the White House.” He acknowledged that “it’s risky doing it.”

Guthrie replied: “You want to be a leader, but you also are a leader and a setter of an example.”

Asked about masks specifically, Trump said, “I’m good with masks.” But he quickly added, “but just the other day they came out with a statement that 85% of the people that wear masks catch it.”

Guthrie pushed back: “They didn’t say that, I know that study.”

The president appeared to be referring to a Centers for Disease Control and Prevention report from mid-September, which said that people who have tested either positive or negative for Covid-19 report wearing masks at similar rates, NBC reported.

The CDC tweeted Wednesday that “the interpretation that more mask-wearers are getting infected compared to non-mask wearers is incorrect.”

Guthrie also pressed the president on “QAnon,” the controversial pro-Trump conspiracy theory that has reportedly exploded in popularity online.

The baseless theory alleges, among other things, that Trump is secretly fighting against “deep state” factions of powerful Satanic pedophiles who are plotting against him and his supporters.

Trump has previously said he knows little about QAnon — other than that its followers like him, which he appreciates.

Guthrie laid out some of the core components of QAnon before asking Trump if he could explicitly disavow it.

“I know nothing about QAnon,” Trump began.

“I just told you,” Guthrie shot back.

“You told me, but that doesn’t necessarily make it fact,” Trump said.

The president pivoted to railing against far-left “Antifa” demonstrators, whom law enforcement officials have blamed for violent attacks in cities across the U.S. “I know how they’re burning down cities run by Democrats, not run by Republicans,” Trump said.

Trump campaign spokesman Tim Murtaugh in a statement after the town hall slammed Guthrie, saying she had acted as a “debate opponent and Joe Biden surrogate.”

“President Trump masterfully handled Guthrie’s attacks and interacted warmly and effectively with the voters in the room,” Murtaugh said. 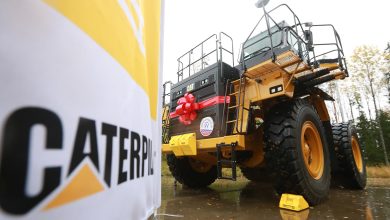 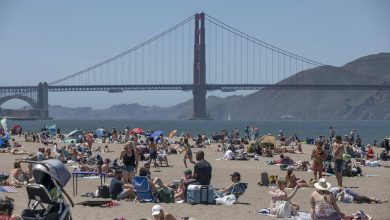 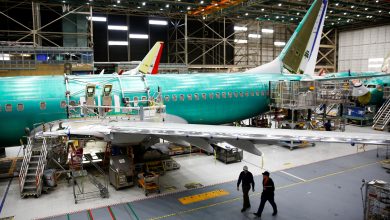 Despite pandemic pause, demand for new airplanes is expected to soar in next two decades, Boeing says 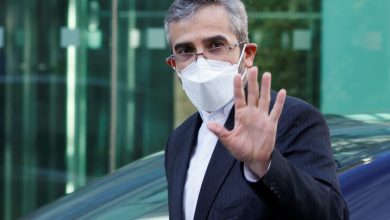