Volatility has once again returned to Wall Street. Swinging between positive and negative territory in the previous five sessions, the market’s movements have largely been tied to updates on the ongoing stimulus talks.

Working for months to pass additional stimulus measures, both sides of the aisle are making a last-ditch effort to come to an agreement before Election Day.

“People are digesting the potential for a stimulus bill, and markets are very cautious on the back of that,” Ryan Felsman, senior economist at CommSec stated.

Despite all of the uncertainty, there are still stocks poised to deliver even in tumultuous economic times. As for finding these names, one possible strategy is to follow the stock picks from analysts that get it right time and time again. TipRanks analyst forecasting service attempts to pinpoint Wall Street’s best-performing analysts, based on success rate and average return per rating on a one-year basis.

Shares of streaming giant Netflix took a hit this week after the company released its Q3 earnings results on October 20, sliding 7% in the following session.

Although the company surpassed expectations on revenue, it missed on EPS and global paid net subscriber additions, with the figures falling short of the estimates by $0.40 and 1.3 million, respectively. For Q4, NFLX guided for 6 million paid net additions, 300,000 below Wall Street’s call.

However, Helfstein increased his price target from $515 to $550, indicating 12% upside potential from current levels, and reiterated a Buy rating on October 21, arguing “NFLX holds a dominant content advantage heading into 2021 that should allow a pricing increase.”

The company is at almost full production capacity across the world, and is on track to meet FY21 content production targets. Since the pandemic’s onset, 50 films have been completed, with an additional 150 expected to wrap up by FY20.

“Main takeaway is that NFLX is extending its content moat with near full production, while Hollywood studios are just resuming production as of mid-September,” Helfstein explained. Based on this positioning, the analyst believes NFLX can still achieve his FY21E margin targets, with upside potentially being driven by content and marketing leverage as well as possible price increases.

Boasting a 74% success rate and 33.9% average return per rating, Helfstein is one of the top 10 analysts ranked by TipRanks.

Monness analyst Brian White takes a bullish stance on Alphabet ahead of its Q3 earnings release on October 29. He reiterated his Buy rating on October 20, and left his $1,700 stock price forecast as is (7% upside potential).

White believes the company is well positioned to surpass his Q3 revenue estimate of $39.92 billion (1% year-over-year decline) and $9.43 EPS projection. Although he expects total Google Advertising revenue to drop 10% year-over-year, Google Cloud is poised to deliver a solid performance.

Reflecting a significant positive for GOOGL, several new product innovations were introduced during its virtual Launch Night event last month. These include a new Chromecast that features the Google TV experience and voice remote, a revamped Nest Audio speaker that is 75% louder and equipped for 50% stronger bass than the original Google Home, as well as the 6.2-inch Pixel 4a (5G) and 6-inch Pixel 5 smartphones.

It should be noted, however, that its fellow FAANG members will face an antitrust investigation on the same day GOOGL reports its quarterly numbers. That said, White remains optimistic despite the antitrust concerns, with the analyst’s Q4 revenue forecast reflecting a 16% quarter-over-quarter increase and matching the four-year December quarter average.

White has more than earned his #20 position on TipRanks’ list of best-performing analysts, as evidenced by his 78% success rate and 30.5% average return per rating.

Wall Street’s top-rated analyst, Brent Bracelin, of Piper Sandler, is backing cloud-based enterprise software company Workday, with the analyst upgrading the rating from Hold to Buy on October 20. Along with the call, Bracelin put a $275 price target on the stock, up from $248. This new target indicates 23% upside potential.

Bracelin sports an 83% success rate and 37.4% average return per rating.

Citing the company’s financial software business, FINS, as a key component of his bullish thesis, the analyst believes the segment could potentially see growth of 30%-plus going forward. What’s more, he argues there’s a substantial opportunity in business-to-business payments, driven by both organic growth and acquisitions.

As for the enterprise resource planning (ERP) segment, Bracelin thinks it is set to ramp up. He estimates that the ERP business could accelerate to 17% growth in 2022, up from 3% in 2020. This would enable WDAY to better compete with SAP and other traditional vendors, in the analyst’s opinion.

The bottom line? “Buy Workday ahead of a promising 2021 recovery,” says Bracelin.

Texas Instruments’ strong Q3 report signals a “beat and raise season for semis,” exclaims Susquehanna analyst Christopher Rolland. To this end, on October 21, Rolland bumped up his price target for TXN to $185, from $180, suggesting 27% upside potential. On top of the price target update, he stuck to his Buy rating.

The tech name has just posted stellar results, as well as forward-looking guidance that blew estimates out of the water. Q3 revenue of $3.82 billion bested the Street’s $3.44 billion call, while GAAP EPS of $1.45 left the $1.28 consensus estimate in the dust. Looking ahead, management expects Q4 revenue to land between $3.41-$3.69 billion, above the $3.33 billion expectation.

What drove the impressive performance? The company cited strength in Automotive and Personal Electronics (PE) as well as other end markets.

“While we have highlighted strong PC checks this quarter, TI suggested that PE began to strengthen beyond just PCs (which have been strong since March). While TI attributed upside in PE to availability of parts (vs. competitors), we also believe better handset units may have contributed here as well,” Rolland commented.

The analyst mentions that in the quarter, Huawei accounted for only 2% of revenue, with Huawei also not factored into the company’s Q4 guidance. Now, Rolland considers this “de-risked.”

However, the overall reaction to the print has surprised the Susquehanna analyst.

“In short, we view TI’s results and guidance as exceptional, but remain puzzled by the subdued response… Regardless, we continue to recognize TXN as the large-cap analog to own, with strong competitive advantages provided to it by manufacturing scale, vertical integration, and catalog breadth,” Rolland opined.

This five-star analyst is rated #78 out of 7,011 Wall Street pros tracked by TipRanks.

Cyber security software company Check Point just got the stamp of approval from Oppenheimer’s Shaul Eyal. The five-star analyst reiterated his Buy rating and $135 price target (8% upside potential) on October 22 after it delivered a better-than-expected Q3 performance on all fronts.

Billings, which came in $16.4 million above the estimates, show “signs of healthy fundamentals heading into 2H20,” according to Eyal. In addition, deferred revenues hit $1.302 billion, “mirroring the billings strength.”

What’s more, during an ongoing subscription services transition “accelerated by CHKP’s cloud-led strategy initiated in FY19,” CHKP generated $120.2 million-worth of license revenue, which surpassed the $115 million consensus estimate. Eyal commented, “The better than expected product performance will be viewed positively, and we await additional commentary surrounding the contributions from the Quantum appliance family.”

“On balance, CHKP is navigating well through the pandemic displaying consistent revenue growth and EPS performance. Billings and deferred revenue are both inflecting positively well into 2H20 which supports our view that CHKP is a versatile defensive name during uncertain, volatile times,” Eyal concluded.

Ranked #34 by TipRanks, Eyal’s proven track record of success is supported by his 72% success rate and 23.7% average return per rating. 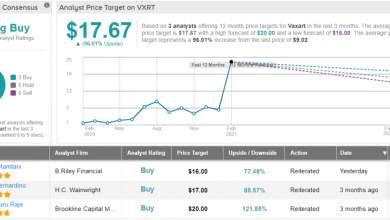 Vaxart Stock Takes a Hit, but Is It Warranted? Analyst Weighs In 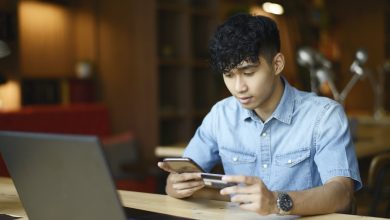 Consumers are taking on more credit card debt, just as interest rates are expected to rise 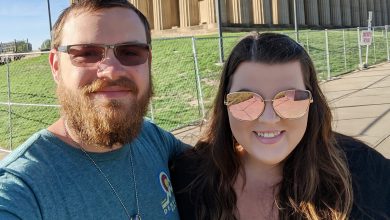