(Bloomberg Opinion) — Although one in four of all adult Indians use tobacco, the country’s addiction runs far deeper. The government, too, has a toxic dependence. It’s called ITC Ltd.

And therein lies the problem. The large quasi-state ownership is acting as a value trap. It’s preventing the $25 billion enterprise from being carved up into a pure cigarette company, owned by BAT, and a supply-chain platform like China’s Pinduoduo Inc., which is nearly four times bigger in enterprise value. It’s a missed opportunity, not just for ITC’s minority shareholders, but for India.

Now that the country is giving farmers the freedom to sell their produce outside state-designated market yards, a corporate buyer like ITC that has distribution capabilities in the smallest of Indian towns (thanks to cigarettes) has a shot at building a meaningful digital, agri-business franchise. One that’s able to obtain better prices for producers.

As for the core tobacco business, London-based BAT has tried in the past to raise its stake and take over the cigarette maker, but local managers have seen it off using Indian financial institutions’ voting power. However, many investors are now wondering if empire-building by ITC’s management, in the garb of protecting national interests, has gone too far.

A cash-strapped New Delhi, which is delaying fiscal support to an economy expected to lose a 10th of its real output this year to Covid-19, also needs to rethink its stance: What additional harm will befall if BAT wins ITC’s successful cigarette division, paying a hefty control premium to acquire smokers, a vanishing breed in developed markets?

In return, India can wrest a time-bound commitment from the new owner to steer the revenue toward, say, 25% reduced-risk products like the Swedish snus and heat-not-burn devices. That will mean a fall in future healthcare costs from lower tar consumption. ITC scored 0.62 in Foundation for a Smoke-Free World’s 2020 Tobacco Transformation Index, better than China National Tobacco Corp., but way behind BAT, Philip Morris International Inc. and Swedish Match AB. “Companies that offer reduced-risk products are mostly focusing their efforts on selected high/medium income countries, where overall smoking rates are lower and cigarette sales are already declining,” says the new study. India can negotiate a better outcome with BAT.

Let the $3.3 billion cash pile plus the non-tobacco parts — hotels, information technology, finance, fashion, potato crisps, paper, safety matches and what not — get sequestered under a separate holding company. The Indian managers get to keep what they can turn into a digital, agri-business-led supply chain, and sell the rest. This way, the government will extract much-needed budgetary resources. The value trapped in the conglomerate will get released.

The deadlock between two equally poised large shareholders is hurting minority owners. The stalemate has gone on for too long. A quarter-century ago, the fight was over whether ITC should be setting up power plants. The state-led economy had just started liberalizing and there was an acute shortage of electricity. The Indian cigarette maker was sitting on a cash hoard. Had BAT wrested control, it wouldn’t have allowed the funds to be put into unrelated businesses. But BAT’s tenuous hold weakened after a currency-control violation saw a change in leadership at the Kolkata-based firm.

Yogesh “Yogi” Deveshwar, the new chairman in 1996, took the government’s help to defeat BAT’s plan for a separate unit to sell international brands like 555 State Express and Benson & Hedges cigarettes in India. Since then, the local business has increasingly charted its own course. Now, BAT can’t even try to mount a bid for all of ITC because tobacco has been made off-limits for foreign direct investment since 2010. That, too, was done to keep ITC in Indian hands.

To what end, though? As much as 84% of ITC’s $2.8 billion pretax profit last year came from cigarettes, but four-fifths of the $325 million-plus capital expenditure was in snacks, hotels and paper. The dividend payout ratio did jump last year to 81%, yet the previous 18 years’ average is just 50%, almost 20 percentage points lower than BAT’s distribution.

The U.K. associate, which has just one representative on the Indian firm’s board, has returned $2.1 billion to its own shareholders via buybacks over the past six years. No such luck for ITC investors. They can’t be offered a buyback, lest it increases BAT’s shareholding. Widows and pensioners get a 6% dividend yield, 5 percentage point more than on the benchmark Nifty 50 index. It’s a bit like collecting pennies in front of a value-crunching steam roller. In the past 10 years, ITC shares have lost 11% of their dollar value, while an investment in Nestle India Ltd. has tripled.

The opportunity ahead is clear. Agri-business offers the chance “for building a digital platform linking retailers with consumers, something that Chinese companies like Pinduoduo have done successfully,” said Gaurav Patankar, head of emerging market equity strategy at Bloomberg Intelligence. As Mukesh Ambani, India’s richest man, and the 152-year-old Tata Group mimic platforms from the likes of Tencent Holdings Ltd. and Alibaba Group Holding Ltd., ITC can plug another gap, provided New Delhi gives up its addiction.

Tobacco is toxic. India is finding that tobacco nationalism is an even harder habit to quit.

Andy Mukherjee is a Bloomberg Opinion columnist covering industrial companies and financial services. He previously was a columnist for Reuters Breakingviews. He has also worked for the Straits Times, ET NOW and Bloomberg News. 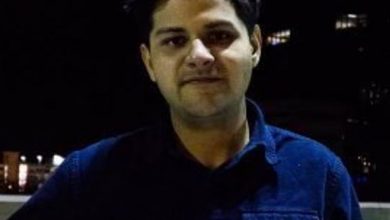 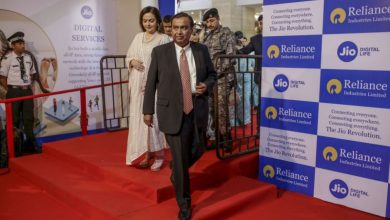 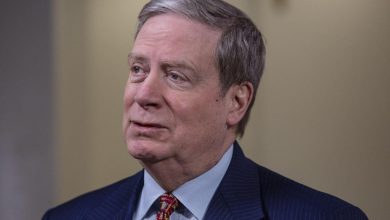