Goldman Sachs wants to help any company in the world become a bank.

The firm has just released software that allows clients to embed banking services into their own products as part of a push to break into the $32 billion a year industry managing cash for big corporations, according to Hari Moorthy, Goldman’s global head of transaction banking.

Decades late to the global cash management industry ruled by Citigroup and JPMorgan Chase, Goldman hopes to leapfrog rivals by offering a fresh approach to corporate bank accounts and cross-border payments. After building a new cloud-based system for accounts and payments, Goldman is publicly releasing software known as APIs to allow clients’ programmers to build on top of the bank’s platform.

“We are trying to create a new industry by integrating our services into their businesses so they can cater to their clients as if we had them,” Moorthy said in a phone interview. “Imagine a technology company that can use these APIs to create a solution for payments or deposits in concert with whatever else they currently provide to that client.”

The approach, dubbed banking-as-a-service, is inspired by what Amazon has accomplished with its cloud business. Just as Amazon enabled a generation of businesses to tap into cheap computing power, Goldman’s wager could theoretically spur the proliferation of digital wallets and seamless payments throughout the corporate and consumer realms.

“This is the financial cloud for corporates,” Moorthy said. “The possibilities of what we could do here are practically limitless.”

The strategy could help Goldman jumpstart its push into transaction banking, an area which has lagged consumer technology in ease of use but where clients are slow to switch providers. The move is part of CEO David Solomon‘s broader expansion into corporate and consumer banking, steady businesses that will broaden the firm’s revenue base away from volatile trading and investment banking.

“There’s this butterfly effect that will kick in after we roll this out,” Moorthy said. “It allows us to acquire clients of our clients, allows us to seamlessly be integrated in the fabric of banking and corporates.”

By connecting directly into Goldman’s corporate platform, clients can open accounts quickly and take advantage of the bank’s automated payments programs, which it created for itself as its first client.

The transaction banking effort, which officially launched in June to outside clients, has garnered $28 billion in deposits and more than 200 clients so far. Moorthy rejoined Goldman Sachs in 2018 to lead the nascent effort after spending almost four years at JPMorgan. 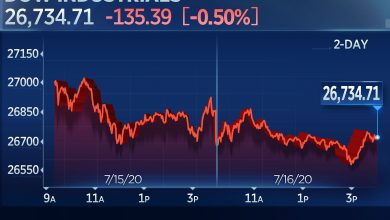 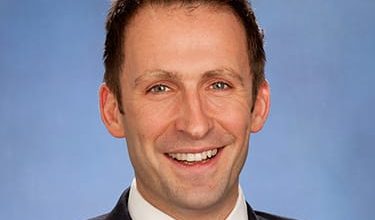 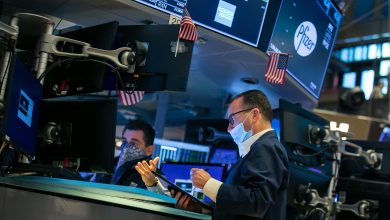 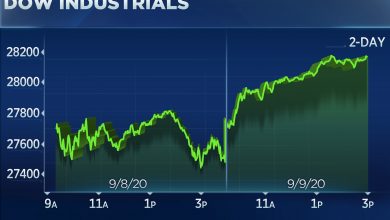 Stocks at session highs heading into the close, Dow up 700 points