DUBAI, United Arab Emirates — The outlook for the airline industry continues to be bleak, and one CEO has issued a particularly devastating warning on its future as fears mount over a potential second wave of coronavirus infections this fall and winter.

“The worst is not behind any airline, not only Qatar Airways,” Qatar Airways CEO Akbar Al Baker told CNBC’s Dan Murphy via video call on Thursday.

“There will soon be other bailouts in Europe, there will be other collapses around the world. Because of the second wave, I think it is … even more severe than in the first wave.”

A staggering 43 commercial airlines have already folded so far this year as air travel reels from the hardest hit in its history after the coronavirus pandemic brought it to a near standstill. Some 485 planes have been idled due to the airline failures, according to travel data company Cirium. This stands in stark contrast to what had previously been 10 years of consistent demand expansion for the sector, with the global air traffic base nearly doubling in that time.

A fleet of Airbus SE A380 passenger aircraft, operated by British Airways, a unit of International Consolidated Airlines Group SA, sit parked near other grounded jets at Chateauroux airport in Chateauroux, France, on Thursday, Aug. 27, 2020.

Al Baker, like many other aviation experts, sees more shuttered airlines on the horizon. The CEO also expects to see increased monopolies for certain carriers, thanks to capacity reduction.

“I think that there will be more reduction in capacity, which in a way is also not good for the traveling public because then it will give a monopolistic situation to certain airlines that exactly wanted this to happen,” he said.

‘Our losses will continue’

Qatar Airways, the tiny Gulf monarchy’s flagship carrier, has already posted a record loss of $1.9 billion for the 2019-2020 financial year, due to both the pandemic and the ongoing blockade by a group of Gulf Arab states led by Saudi Arabia.

But that won’t be the end of it, Al Baker warned.

I think that if this pandemic spreads further into the near future, that the recovery could be even beyond 2024.

And the losses are continuing apace: the International Air Transport Association (IATA) this week warned that the industry will burn $77 billion in cash in the second half of this year, with continued bleeding of around $5 billion to $6 billion each month in 2021 due to a slow recovery.

The CEO lamented that airports and governments around the world were barring entrants from certain countries and regions, and called continued airport closures “a very foolish decision.”

“Okay if you don’t want to import people, but people want to leave the country, so they should be allowed to do so. That is not happening. You know, this notion of creating bubbles is really, in my opinion, a nonsense.”

Several countries have created “travel bubbles” that only grant entry to travelers from certain listed countries. Scores of countries have now reopened their doors for tourism, but most have restrictions on who can enter, and how.

Al Baker argued that governments must step in to support airlines as they are engines of employment, and therefore vital to their countries’ economies.

“Airlines need to be supported by their governments for the time being, if they want their airlines to survive,” he said.

“Every country in the world depends on their national carrier to serve the economic interests of the country. So it is absolutely important that governments stand with the airlines,” he continued. “I don’t know if the answer would be nationalization because they are funding hugely private airlines.”

Qatar Airways has been provided with a $2 billion bailout by its owner, the gas-rich Qatari state. In 2019, it was awarded “World’s Best Airline” in the 2019 Skytrax World Airline Awards for the fifth year running.

Numerous commercial airlines around the world have received huge bailout packages while slashing services and laying off huge swathes of workers.

After receiving a $25 billion industry-wide bailout in March under the CARES Act, commercial airlines in the U.S. are now pressing Congress and the White House for renewed funding of the same amount, assistance they say is necessary to cover payrolls and prevent tens of thousands more from getting laid off.

Many economists oppose more bailouts, arguing that there is no point spending taxpayer money to keep airlines running at pre-pandemic capacity when travel has been so downsized. Instead, they say, airlines need to face the reality and restructure.

House Speaker Nancy Pelosi has refused the notion of helping airlines without a broader relief package for the country, though partisan disagreement over the shape of that package has kept stimulus progress frozen for months.

In the meantime, no one expects travel to return to normal anytime soon. Overall travel demand is expected to plummet 70% for this year, according to S&P Global, and the IATA doesn’t see air travel recovery to pre-pandemic levels until 2024.

“I think that if this pandemic spreads further into the near future, that the recovery could be even beyond 2024,” Al Baker said. “I don’t think it’ll be 10 years, but it will certainly be between three and five years.” 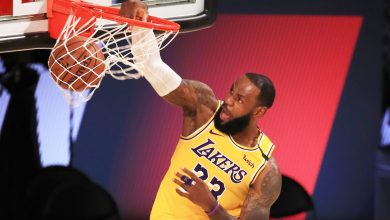 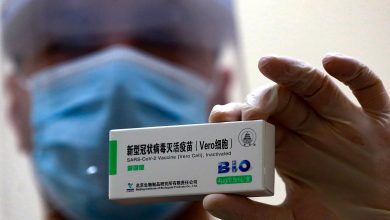 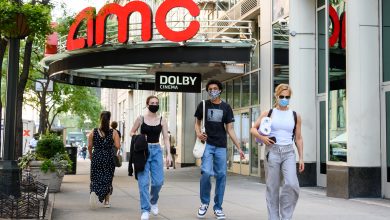 Mudrick Capital bought 8.5 million shares of AMC, then reportedly sold them off for a profit 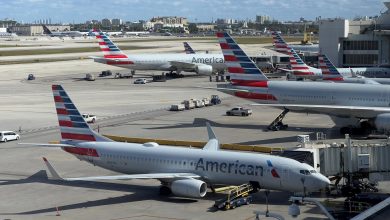