Used car sales are soaring all over the U.S., and companies from Autonation to CarMax, Carvana and Buffalo, New York-based used car start-up ACV Auctions are benefitting.

For at least a few weeks during the worst of the Covid-19 shutdowns, ACV Auctions faced a challenge no start-up can be sure it can overcome: all of its core customers no longer allowed to be open for business. As car dealerships across the U.S. were put under lockdowns, the Buffalo, New York-based used car market technology company, which works with franchise and independent car dealers, was in a situation its CEO George Chamoun now recalls as “a bit scary.”

But like many pandemic surprise success stories, that period of uncertainty and existential crisis gave way to a boom in the buying and selling of used autos. By April and May, with a lack of new cars from auto plants able to hit dealer lots, and consumers more cautious about spending on big items, used car sales boomed. That has continued through the summer and fall: the past two months, August and September, posted the fastest rate of used car inventory turnover in the past six years, according to Edmunds.com data.

“It wasn’t just a return back to pre-Covid,” Chamoun said at the CNBC Evolve virtual event on Thursday focused on middle market companies. “We’re selling higher units today than we were pre-Covid.”

In June, consulting firm AlixPartners estimated that due to the lockdowns, timeline to full auto factory restarts and a global consumer confidence decline, it expected a drop of 36 million new vehicle sales globally through 2022, compared to 2019 levels. In the U.S. market, it forecast a sales market for new cars lower by roughly 3.5 million vehicles year over year, with that outlook dependent on the recession not becoming prolonged. Automakers including GM have become more optimistic in commentary since the Q2 Covid-19 nadir, but even before Covid-19, the used car market was more than twice the size of the new car sales market.

Autonation and CarMax have been expanding their used car efforts, and their stocks have rebounded strongly from the Covid-19 stock market bottom in March. Carvana, which unlike ACV Auctions goes direct to consumers in selling used cars without dealers in the middle, has seen its stock increase from a $30 low point in March to over $200 today. Another online rival, Shift, is planning to soon go public soon through a special purpose acquisition company, which has become a prevalent way for private companies to IPO since the market began its recovery.

Carvana, the online used car market that cuts the dealer out of the sales equation, has boomed since the shutdowns in March, but ACV Auctions, which works with dealers to sell used vehicles, also has seen a boom in sales, according to its CEO.

The used car market in the U.S. is already estimated at 41 million units annually, and Chamoun says some of the changes triggered by the pandemic will continue to accelerate. The strength of consumers in the used car market shows that Americans continue to want to own vehicles, he says, whether to take kids to soccer or go to work. “Vehicles are the second highest-priced asset we as consumers purchase, so it’s really important and going to be important for the economy.”

ACV Auctions has 700 inspector teams and 100 regional managers working with car dealers across the U.S. to buy and sell used car inventory, and the company was forced to hire quickly as physical auctions became impossible for dealers during Covid-19 shutdowns.

Digital acceleration goals in the business compressed from years to months has been a major theme of the coronavirus economy across sectors, and in the auto sales market, more dealers are accepting the move to digital, Chamoun said, which is a major behavioral shift for the market.

Dealers have been going to physical auction locations for a long time, and business changed don’t take place all at once, Chamoun says, but when dealers suddenly could not go to a physical auction it shifted the behavior of dealers and has made more of the market willing to sell digitally, and bid on and buy vehicles online. “Both supply and demand are seeing an acceleration of dealers moving to digital,” Chamoun said. “We will see a more significant shift to digital over the next few years. It doesn’t mean cars won’t be in a physical location on a lot, but dealers will want to buy online and bid online,” he said.

The start-up, which became Buffalo’s first “unicorn” — a start-up valued at over $1 billion in late 2019 — has had to invent new technology tools to aid this shift in the used car market.

It built a tool to scan a car title and create electronic recognition of the documents so the title process could occur between buyers and sellers and ACV in a digital environment.

And its AMP tool, for audio motor profile, can be attached to the engine of a used car and let both ACV and a dealer listen to the engine to make sure there are no potential issues.

During the first few weeks of the coronavirus shutdowns, Chamoun says his job was just trying to keep everyone calm since no one knew what would happen next with dealers or consumer sentiment. But that has changed. “What we really saw was strength.”

How consumers should play the used car boom

Online selling of cars is not entirely new. Speciality cars have been sold on platforms like eBay for years and dealerships have had the ability to sell cars online in a contactless experience, pre-Covid-19. But the pandemic has been a “next level” event, according to Edmunds.com senior manager of insights Ivan Drury. Some consumers will continue to want to interact in person and test drive up to as many as 10 cars, but the Carvana and CarMax models are taking the eBay specialty used car experience and making it more widespread for commuter cars.

“These are Point A to Point B vehicles,” Drury said. “It’s a lasting trend. Will we see online sales grow at the level of Q2 2020? No. But at the same time it accelerated every dealership’s effort to really bolster up that part of the business.”

More consumers are interested in used cars in a weaker economy, and the new online models offer something that local dealers often can’t: a variety of models and custom features that can be shipped across states. “When it comes to availability and inventory and shipping across states, it’s been made so much easier,” Drury said. “There was such a drought in used vehicle inventory, even if I wanted to buy from a local dealer.”

The online experience also removes the “high-pressure situations” at dealers which many consumers prefer to avoid. “You control the flow online,” Drury said. That control advantage includes being able to break apart portions of the car buying and selling process, like trading in a current vehicle and adding it to the used car market— 45% of new car sales rely on a trade-in as part of the financial equation. “You can do it online now and don’t have to trade in to a dealership. … You can can see what the dealer will offer versus online, so there’s more control over each component,” he said.

People do want to buy cheaper cars but so many people are going for a lower price range there are fewer units out there and you have to get into older and older models to get cheap used cars.

But the auto consumer expert stressed that online businesses like Carvana and Shift Technologies remain small relative to the total size of the used auto market. Carvana sold a few hundred thousands units in all of 2019, and a little over 55,000 in the second quarter of 2020. That is in a used car market that is above 40 million units annually.

“They are gaining traction and there is lots of market for them to transact on, but not everyone is doing it,” Drury said. He estimated Carvana and Shift combined sales at less than 1% of the market.

He also cautioned consumers about assuming that online companies are always the most competitive on price. The online competition is a good thing for consumer pricing options in general, but in some cases online sellers charge a premium for their service and inventory and shipping across states. That means consumers should always check to make sure the same vehicles are not available at a lower cost in a contactless online experience from a local dealership.

“Casting a wider net can help you get a better price,” said Brian Moody, executive editor at Autotrader.

He said the big issue right now in the used car market is the high demand. Prices have recently been rising on used cars, not going down over time, and that is something you rarely see in the market. Pricing has softened a little since the summer, but Moody said shoppers “shouldn’t go looking for deals.” Rather, they should be more focused on getting what they want. “I would shop around. … but don’t be surprised if you end up having to pay more than expected for a specific car you want,” he said.

Many local dealers offering online sales do have virtual walkaround technology, test drives available at home, as well as delivery. They also have the advantage of offering access to a service department. “The local dealer is not completely out of the game,” he said.

Especially for consumers interested in recent models, between one and four years old, inventory will be stronger at dealers and they can offer you certified pre-owned vehicles, in some cases, at low APR financing as well.

“People do want to buy cheaper cars but so many people are going for a lower price range there are fewer units out there and you have to get into older and older models to get cheap used cars,” Drury said. “Don’t discount the local dealer,” he added.

Even the auto experts are finding the current used car market a tough one to navigate in their personal consumer lives.

Drury was recently in the market for a used vehicle but ended up buying new because he said the prices were high on used cars he was interested in, and the incentives offered with the new vehicles were good. As the end of the calendar year nears, and 2021 models start showing up, prices on 2020 models may become even more attractive.

Buying a new car is always going to mean spending more, sacrificing as much as $12,000 to $15,000 in savings available on some used car models, but if a consumer’s budget is flexible, buying a new car can be the right decision. “I spent $10,000 more than I wanted to, but with the warranty and other benefits and new technology, it made more sense,” the Edmunds.com expert said. “There used to be a straightforward answer, but not right now.”

Autotrader’s Moody said his current car lease isn’t up for another year, and that’s a good thing in the current used car market. “I am relieved, relieved by the fact that I don’t have to make a decision in this tumultuous environment. People are paying more for used cars.” 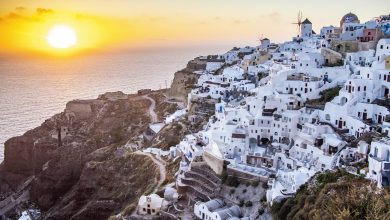 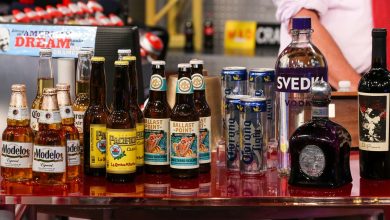 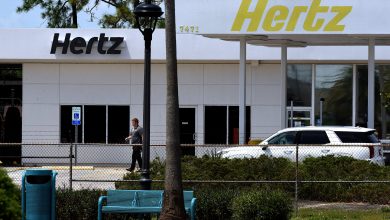 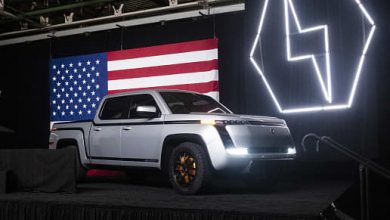