Anthony Davis #3 of the Los Angeles Lakers shoots the ball against the Miami Heat during Game Four of the NBA Finals on October 6, 2020 at AdventHealth Arena in Orlando, Florida.

Mark Tatum couldn’t do it.

The National Basketball Association’s deputy commissioner was asked to describe the league’s 2019-20 season in one word and found it too difficult.

Keep in mind, before the pandemic and social unrest plagued the world, the NBA lost two of its icons in former commissioner David Stern and Kobe Bryant. And this time last year, a rift with its international business partner, China, started. The NBA has said that feud could cost $400 million.

“I would say it’s been a challenging year,” Tatum said in an interview with CNBC. “It’s been our longest season in NBA history, and so much was thrown at us collectively as a league.”

Following the March 11 Covid-19 interruption, the NBA was able to restart its season in a bubble campus in Orlando. Early estimates suggest the NBA protected $1.5 billion by resuming instead of canceling its season, according to Sports Business Journal.

Now comes the hard part – figuring out the finances and determining a salary cap for the next year.

Tatum said the NBA is still working through the auditing process with the National Basketball Players Association. The parties also need to agree on a start date for the next season.

Tatum said the league learned a lot from its bubble environment and envisioned new capabilities because of 5G availability, which wireless carriers have been installing in sports arenas and stadiums around the country.

The NBA partnered with AT&T to create holograms interviews during telecasts on Turner Sports and ESPN. This could open up the door for more marketing revenue as businesses could use the NBA’s teams and players to activate sponsorships and incorporate fan engagement.

Tatum said, “generally, 99% of our fans never step foot in an NBA arena;” so the league needs to further explore bringing its content to fans outside of television.

Spike Lee celebrates at a basketball game between the New York Knicks and the Los Angeles Lakers at Staples Center on March 13, 2016 in Los Angeles, California.

Facebook continues to work behind the scenes to improve its virtual reality courtside seat offering. The social media company worked with the NBA on its “rail-cam” during the bubble. With no spectators, the sideline camera was able to pick NBA action at game speed.

Facebook can use the content to better authenticate the courtside experience and integrate with its Oculus virtual reality headsets. The company released a cheaper version of the headset, the Oculus Quest 2, for $299 on Oct. 13.

“That has been the problem with [virtual reality] NBA games,” said Burden referring to resolution issues. “You can barely [determine] the face of the players. It was a bit blurry, but the exciting thing was, given that point of view, you felt a bit more immersed.”

“If you’re going to watch a game from the front row, it has to feel like you’re watching it from the front row,” said Shaw. He used filmmaker Spike Lee’s seat at Madison Square Garden, where he watches the New York Knicks, as an example of what’s to come.

“What he must see, what he must hear, to be eye level with the best athletes in the world,” Shaw said. “That experience is something I hope is brought to the platform in three to five years – for people around the world to be able to have the same experience as Spike Lee watching a Knicks game.”

Once Facebook can figure out how to monetize the courtside seat, it’s another advertising opportunity – one personally catered to the NBA fan attending a game through a virtual reality seat.

Shaw said NBA teams reached out about adding the VR seats for season-tickets holders, as clubs prepare to start the season with no spectators or with attendance and proximity limited due to Covid-19.

“I think that is one of those opportunities that we’re just scratching the surface on right now,” Tatum said. “As bandwidth speeds get faster, as 5G gets faster, that experience is going to become more immersive, and I do think the opportunities will then grow for people to want to experience that and to adapt to virtual reality.”

The NBA also plans to continue developing virtual signage. Both the NBA and National Hockey League are monitoring the tech around interchangeable virtual ads which can open advertising.

A Chinese flag is placed on merchandise in the NBA flagship retail store on October 9, 2019 in Beijing, China.

Back online in China

After a one-year absence, China came back online Oct.9 for Games Five and Six of the NBA Finals, featuring the Lakers and Miami Heat.

The Lakers’ popularity in China also helped NBA games return. In addition to China’s admiration for Bryant, the team grew its social media following by more than 800,000, according to sports and digital consultancy firm Mailman.

Morey stepped down from his role as GM of the Houston Rockets on Oct. 15, six days after games resumed on CCTV. But the concern is if the NBA has fully rebounded in China after the fallout. The NBA did not respond to a request for viewership numbers for the two Finals games that aired in China.

The league can’t afford further damage a more than $4 billion operation in the world’s second-largest economy, especially since it just opened up international marketing for its teams and has its eyes set on live-streaming e-commerce opportunities.

The shopping model allows businesses and influencers to live stream with consumers on potential purchases. According to Bloomberg, the shopping experience attracted $60 billion in global sales.

NBA Deputy Commissioner Mark Tatum speaks during the second round of the 2019 NBA Draft at the Barclays Center on June 20, 2019 in the Brooklyn borough of New York City.

No concern back home

Back in the U.S., NBA ratings haven’t been as strong.

A decline in sports viewership hurt the Lakers-Heat Finals, which recorded viewership lows the NBA hasn’t seen since 1994. The league’s stance on social injustice issues could be playing a minor factor as well.

Tatum said the league isn’t concerned about the viewership decline. He offered additional social media metrics to prove “tremendous interest” in the league and mentioned the billions of video views and more than 300 million YouTube views during the playoffs, which is up 63% from last year, he said.

The NBA further defends the ratings slide due to changes in the way people consume sports.

“These are things that not only are affecting us but every other sports league,” Tatum said. “But we understand the numbers are what they are.”

Tatum said the season is a “complete anomaly,” but if so, the NBA viewership will need a sharp comeback. Network experts suggest the demand for the NBA’s content will not suffer, especially as sports gambling increases.

Also, the NBA wants to explore adding play-in games next season, as the model did well during its bubble, attracting positive viewership numbers for a Saturday game between two small market teams — the Portland Trail Blazers and Memphis Grizzlies.

But with the longest season in NBA history over, Tatum looked ahead to the challenges. Asked to sum up the league’s future in one word, the difficulty dissipated.

“We have incredible potential going forward,” he said. “I think the growth that we’re seeing from our business will only continue to get greater.” 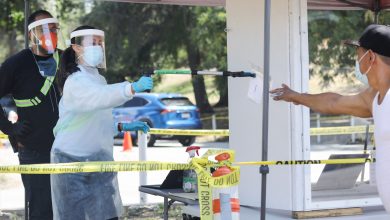 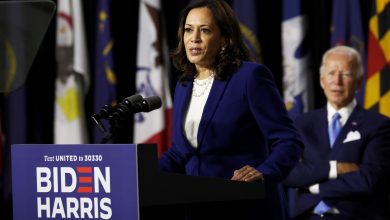 Kamala Harris blames Trump for severity of U.S. coronavirus outbreak: He failed to take it ‘seriously from the start’ 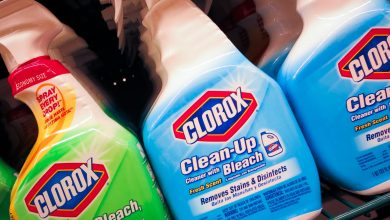 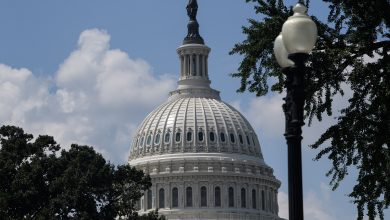