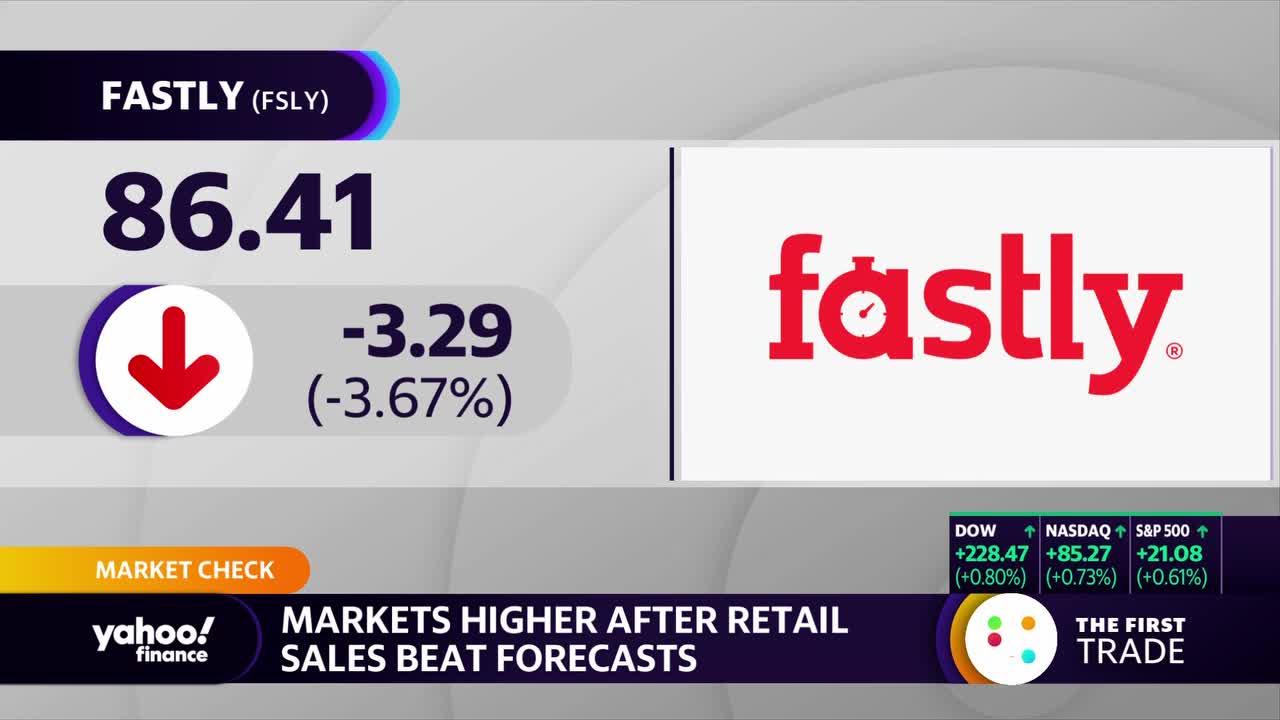 BRIAN SOZZI: You [? heard ?] just talking about stimulus, yet the market continues to meander higher. Isn’t it time for the market to start pricing in no stimulus before the election?

TOM ESSAYE: Hi, guys. Good morning. Thank you very much for having me back on. Yeah. I mean, I think that the market– this is a great drama for all of us to pay attention to, right? And it’s good one day, bad the next day. But from a market standpoint, the market fully expects that there will be stimulus by the end of the year, and that that stimulus will be at least $1.5 trillion. Now whether it comes before November 3 or in the first week of December or something like that really isn’t that important to the market, as long as it does show up before year end. And the market is still confident about that so far.

ALEXIS CHRISTOFOROUS: Hey, good morning, Tom. I was reading through your note and you actually highlighted the cloud company Fastly, the small tech company that has a big valuation. Stock got hammered yesterday, down about 27%. I see it’s off– let me see, about 2.5% here in the early going. And they came out with guidance– they actually cut their guidance. Is Wall Street punishing the stock rightly so, and do you think that investors should interpret this as a warning for the greater cloud sector?

TOM ESSAYE: I think that Wall Street is punishing the company appropriately. I mean, we have to remember that this stock has had a huge year. And they did disappoint. And when stocks have huge gains on the year, there are big lofty expectations. And those expectations are not met, the stock will be punished. And that is exactly what is happening right now.

Some, yesterday, were sort of trying to extrapolate this out, that this Fastly guidance cut is more of an indictment of cloud computing, it’s more of an indictment of some of these tech high flyers that we’ve seen in 2020. I do not agree. The Fastly guidance cut was primarily related to TikTok. TikTok is their biggest customer, and obviously, there’s a lot going on there. And there’s some challenges in that business due to regulation here in the United States.

And I think, probably, could everything in tech continue to benefit over the longer term from a breather? Absolutely, including these cloud names. But one thing to notice, the cloud ETF was up yesterday. So I think that’s a pretty good rebuttal of some of the Fastly disappointment. I think it’s a stock-specific issue.

BRIAN SOZZI: But Tom, just to push back on that, some of these valuations on these cloud stocks have gone through the roof. Workday, Salesforce, even if they report blowout quarters in a week or two, are those valuations justified?

TOM ESSAYE: Again, could we see them come in a bit? Absolutely. I think that really, what people are looking for is they’re looking for areas of growth in this market. Where can I find companies that can grow, regardless of what happens with the pandemic? And money is flooding into those companies. Now, are they overvalued? Yeah, probably, unless they meet some very lofty expectations. But at the same time, there’s a huge premium on growth right now. So until we see another company be able to show up and say, fine, we can offer the same growth potential, then I think that you’ll see that capital will be sticky in these names, although it could get volatile.

ALEXIS CHRISTOFOROUS: What about rotation from value to growth? Is that starting to happen again, Tom? Are you seeing that?

TOM ESSAYE: It’s trying to. I mean, I feel like this is sort of the next big story in the market. Because we know, at some point, there will be this rotation out of growth and into value. It has to happen. It is inevitable. The question is, when does it occur?

We have maintained that in order for it to occur, it can’t just be that value is so cheap and value sectors are so cheap, for lack of a better word, that we’re just going to rotate into it. We need a catalyst that spurs real economic growth. Right now we may have one, and it may be in the form of massive stimulus next year if the Democrats get a blue wave.

But personally, I think it’s a bit aggressive to price that in at this point. The Republicans could still hold the Senate. That’s a 50-50 toss up, it’s looking right now. And if that’s the case, then we’ll get the one stimulus package, the $1.5 trillion will come before year end, and that’s probably it. So watch this value rotation closely, but I think it’s still a little bit early.

BRIAN SOZZI: Now Tom, we continue to throw around stimulus. It’s the ultimate buzzword right now on the street. And I get it, but is it truly a magical elixir? So let’s say we do get stimulus and the government sends out $1,200 to a household. That still– that household doesn’t have a job, nor do they have prospects to get a job anytime soon. Are you concerned that we might start to see negative GDP in the fourth quarter, and to start 2021?

TOM ESSAYE: Yes, absolutely. I wholeheartedly agree with you, Brian. I think that we’ve become sort of fixated on this $1.5 trillion number, $1.8 trillion, $2.2 trillion– numbers are so big now, [? if you just ?] throw them around. But we have an employment problem in this country. I mean, I put a chart up yesterday during a presentation that shows weekly jobless claims. We are still so far above the worst levels of the Great Recession. It’s kind of scary. And I think that people are sort of forgetting, that we have a big economic hole we have to dig out of.

And I highly doubt that this will be the last stimulus bill, because what we’re going to find out is in three or four, five, six months, unless there’s a really widely accepted vaccine or COVID kind of burns itself out, as in the past, as pandemics have, then we’re going to need more work. Because you’re absolutely right. You can give somebody a $1,200 check. It doesn’t replace their paycheck for the entire year. So we still have a lot of work to do.

ALEXIS CHRISTOFOROUS: So this really puts us in quite the quandary, Tom, because you just said it. We are having a huge job market depression right now. And you can’t get people back to work with the snap of a finger. You can’t incentivize– it’s not a situation where you’re incentivizing companies in the traditional way you would during a recession. This has to do with people’s health. And until we all feel more comfortable going back to work and being in places together, how do you get America working again? Does this just mean that the government will have to continually go back into its pockets and basically give Americans money until we find a way out of the pandemic?

TOM ESSAYE: Yes, I think so. And it’s– obviously, that’s not a good way to run a country. And everybody’s having to do it, but it’s the hand we’ve been dealt, to a point. And you’re so correct. I mean, we can have all the stimulus in the world, but until more people want to get on airplanes so that the daily TSA throughput of people going through security checks isn’t 60% less than it was last year, until people want to go fill restaurants to capacity, until they want to start renting cars again and travel for business, the government will have to support people in those industries whether it wants to or not. Otherwise we’re going to have a double dip recession, and a bad one at that, because the absolute numbers are still, frankly, scary. Again, much, much, much worse than what we saw in the Great Recession and the financial crisis, still. 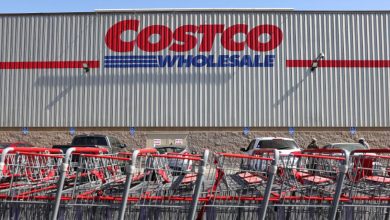 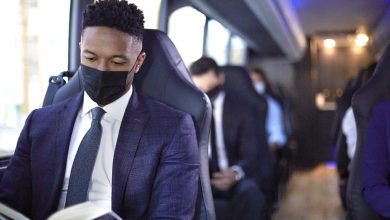 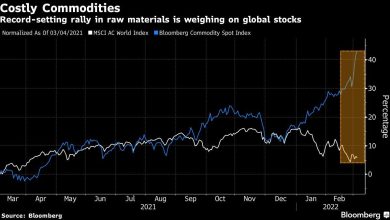 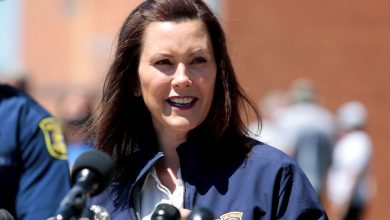