Traders wear masks as they work on the floor of the New York Stock Exchange as the outbreak of the coronavirus disease (COVID-19) continues New York, May 27, 2020.

The bond market appears to be waking up.

After trading in a close range since June, Treasury yields are starting to break out of their range and look set to edge higher. The 10-year yield reached a high of 0.834% early Wednesday morning and was hovering just at the 0.80% level in afternoon trading.

“This is an inflection point in the sense that stimulus is coming. It’s not if, it’s when, and we’re getting closer to the point of I think no matter who wins the presidency you’re going to get fiscal stimulus,” said Jim Caron, head of global macro strategies at Morgan Stanley Investment Management. “It’s just a matter of how much and what the process is.”

Markets have been on edge waiting for a resolution in talks between Treasury Secretary Steven Mnuchin and House Speaker Nancy Pelosi. Even if the two reach an agreement on a stimulus package, strategists say it’s still seems a stretch for Senate Republicans to approve it ahead of the election, though the bond market has been moving in anticipation of it.

The benchmark 10-year note yield is widely-watched, and it influences key interest rates for mortgages and other loans. The yield was virtually stuck under 0.70% for most of September and into October, but it has been trading above that level and now has inched up to 0.80%.

Strategists say with the Fed holding rates at zero, and actively buying Treasury assets, the 10-year is not going to rise that much. And if the reason it’s rising is stimulus, that would not necessarily spook the stock market, since stimulus would be seen as a booster for stocks.

“It would not be unreasonable to think the 10-year yield could get between 1% and 1.25% over the next few quarters,” said Caron.

Caron said it will make a big difference whether the stimulus is approved before or after the election. With a blue wave, where Democrats take the White House and Congress, the package early next year could be even larger, than if President Donald Trump remains in the White House.

Congress already passed Covid-related relief earlier in the year, and the budget deficit is expected to edge over $3 trillion this year. Democrats have been seeking $2.2 trillion in new stimulus, but Senate Republicans has said they would hold new spending closer to $1 trillion.

To pay for that stimulus, the Treasury has had to increase the amount of debt it is issuing, and another stimulus program would add all that much more. That is a factor helping drive yields higher.

“2021 was supposed to be a turn around year from 2020,” Caron said. “We already have a lot of stimulus in the system. To add more to it at a time when we are already expecting a recovery is, in the future, something that could push yields higher. There’s also a limit as to how high yields can go. I don’t think this is the start of a ‘taper tantrum.'”

The so-called ‘taper tantrum’ was a violent move across financial markets in 2013 when then Fed Chairman Ben Bernanke signaled the start of a tightening cycle. But the Fed has signaled it is a long way from raising rates, and repeatedly Fed officials have pleaded for more fiscal spending to help their efforts to boost the economy.

Gregory Faranello, head of U.S. rates at AmeriVet Securities, said the recent move higher in yields has been very orderly.

“If you look at the period between June and now, that’s a long time. We’ve been in a 50 basis point range,” said Faranello. He said the 10-year yield edged briefly to a peak of 0.91% in June on optimism as the economy started to reopen. “With rates so low, if you move 15 to 20 basis points, it’s quite a big move. In that context, we’re still within that range.”

He said the election could have an impact on the bond market, and the make-up of the Senate is a key. If there is a blue wave where former vice president Joe Biden is elected and Congress turns to Democrat control, he too expects spending to be much greater.

But the real wildcard for rates could be the coronavirus. If another wave begins to shut down the economy, strategists say yields could head sharply lower.

Ian Lyngen, head of fixed income strategy at BMO, said he expects the real move in rates to come after the election.

Even if the election is not decided right away, Lyngen does not see the 10-year returning to its lows.

“If it takes weeks, we’ll drift around in the range we’ll have a few risk off moments, but we’re not going to see new lows,” Lyngen said. 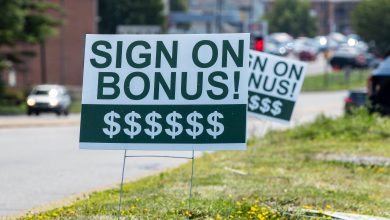 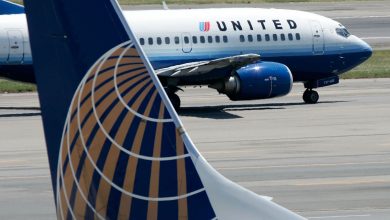 Options traders are betting United Airlines could tumble on earnings 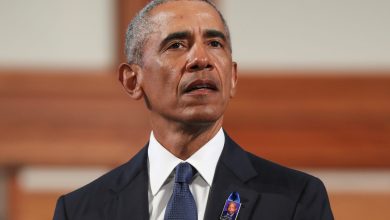