(Bloomberg Opinion) — Sometimes, letting go is the hardest thing to do. China’s most ambitious companies have yet to learn that lesson.

The corporate sector has gone on a global shopping spree in recent years, buying expensive assets by raising new debt. Now, struggling to repay their loans, some are unwilling to part with their purchases, even as they walk to the brink of bankruptcy. The end result can only be untimely defaults.

Consider Tianqi Lithium Corp., China’s largest lithium carbonate producer and a key supplier to the buzzing electric vehicle industry. It may default on a $1.88 billion loan due late November, the company warned recently.

Tianqi’s woes began in 2018 when it made a highly leveraged acquisition of a 23.77% stake in Chilean lithium miner Sociedad Quimica y Minera de Chile SA. Of the $4.1 billion Tianqi paid, a whopping $3.5 billion was borrowed money, syndicated by China Citic Bank Corp. As of late September, the company was already behind on 464 million yuan ($69 million) of interest payments on loans for the deal.

An obvious solution to meet its deadline would be to divest the SQM stake, a non-core asset. Granted, the company would be selling at a substantial loss. It bought at $65 a share, and SQM is now trading at roughly half the price, as lithium compound prices have tumbled since the purchase. Nonetheless, an outright sale would be enough to repay the syndicated lenders in November.

Tianqi seems unwilling to bite the bullet. Instead it’s looking for roundabout ways to dig itself out. The company is searching for strategic investors; and its parent Chengdu Tianqi Industry Group Co., which has a one-third stake, has pledged out most of its shares to support Tianqi’s finances. These margin loans are risky: More than half are due within six months.

As Tianqi dithers, it’s paying a hefty price. Margin calls aside, the company is missing the stock market’s euphoria for Tesla Inc.’s suppliers. Until just a few months ago, Tianqi’s shares closely tracked those of its largest competitor, Ganfeng Lithium Co. Now, its imminent debt crisis is creating a divergence. While Ganfeng is up 63% this year, Tianqi has lost over 30% of its market value, or about $2 billion.

Even as it struggles to service debt, fashion conglomerate Shandong Ruyi Technology Group Co. — best known for its ambition to become China’s LVMH Moet Hennessy Louis Vuitton SE — is also unwilling to part with its prized purchases. Its $300 million dollar bond due in July 2022 now has an ask yield of 20%.

Already, Ruyi’s ability to retain control over its overseas assets is slipping. In May, Renown Inc., the century-old Japanese apparel maker the company bought into as early as 2010, filed for bankruptcy. Then in August, Ruyi brushed aside a sale of spandex maker Lycra Co. It got control of the company in a $2.6 billion deal last year; now it’s looking to take the long and uncertain route to an initial public offering.

Was that wise? Lycra’s business prospects are only dimming as the pandemic drags on. In the second quarter, its adjusted Ebitda fell 86% from a year earlier, Debtwire reported last month. Ruyi had taken out a $400 million senior mezzanine loan, pledged with its Lycra shares, to fund the acquisition. Those lenders could seize Ruyi’s stake if the company proves too stubborn. It has already missed loan payments.

Of course, the temptation is to wait and let the valuations of these crown-jewel assets recover. With SQM, lithium prices seem to have stabilized. Lycra could bounce back, too: People will need to refresh their yoga wear once a Covid-19 vaccine enables us to go to the gym again.

But for distressed companies like Tianqi and Ruyi, time is not on their side. Goldin Financial Holdings Ltd., controlled by mainland billionaire Pan Sutong, provides a cautionary tale. Pursued by creditors, the distressed developer agreed to sell its 28-story Hong Kong headquarters at a discount to its appraisal value in July.

A second temptation is to use these prized assets to haggle for state bailouts. China Inc. has something strategic that Beijing wants, and the government should pay a premium, the thinking goes.

Don’t let yourself go down that path. In the coronavirus age, there are too many damsels in distress and not enough white knights to go around. Many state-owned affiliates are already waiting in line for bailouts, and the government has no money this year.

The reality is, Beijing no longer believes in too big to fail. In August, the central bank decided to liquidate Baoshang Bank Co., its first bank seizure in decades. Earlier this year, Peking University Founder Group Corp., a high-profile commercial arm of the prestigious university, went into bankruptcy court.

This is the new trend in China. Companies will go into bankruptcy, and assets will get seized and sold, just like everywhere else in the world. So don’t hang on to your vintage Chanel; sell it second-hand while you can. 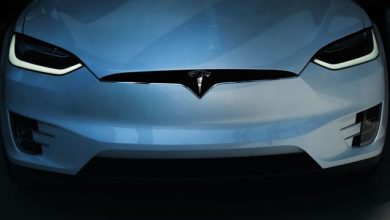 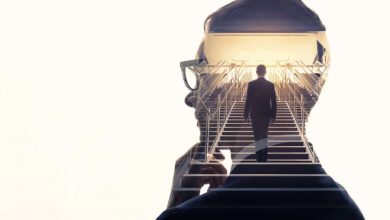 If the Stock Market Falls Again, Make These 2 Moves Immediately 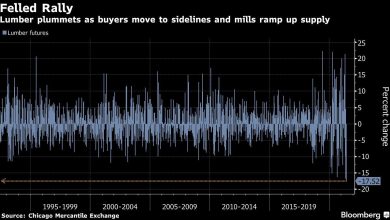