Ray Blanchette, TGI Fridays CEO, joins Yahoo Finance’s The First Trade with Alexis Christoforous and Brian Sozzi to discuss the recent expansion of its partnership with Beyond Meat, the possibility of going public, the overall industry during the coronavirus pandemic and much more.

ALEXIS CHRISTOFOROUS: Beyond Meat is making its way to the TGIFridays menu. That’s right– the plant-based protein will be used in menu offerings including a burger, chili, nachos, even a reiteration of their popular loaded potato skins. TGIFridays CEO Ray Blanchette is joining us now. Ray, I cannot think of a better day to have you here on an actual Friday. So TGIF my friend. [CHUCKLES].

ALEXIS CHRISTOFOROUS: Ray, before we talk about Beyond Meat and the deal you struck there, I would like to get your thoughts on the fact that we don’t have a stimulus package yet from the government and its impact on the restaurant industry. There is talk that there might be this slimmed-down version of stimulus that would affect certain sectors of the economy, including airlines. But I didn’t see anything in there about restaurants, in particular. How important is another round of stimulus to your industry?

RAY BLANCHETTE: Well, I mean it’s absolutely critical. People are dropping like flies around here. I mean, we saw another major national brand that’s decades old file for bankruptcy this week. It seems like the dominoes are falling every single week and we’re sort of left to our own devices here. I mean, as the second-largest private employer in the country, when you look at– whatever it is– 7.8, 7.9% unemployment, you’re not going to fix that without a robust restaurant industry.

We employ those folks that are now out of work. And we’re 10x the size of the airline industry that we hear about every single day. And to be sort of overlooked like this is very upsetting.

BRIAN SOZZI: Ray, do you have a number on how many Fridays restaurants will reopen on the other side of the pandemic, whenever that might be?

RAY BLANCHETTE: I think, pretty much, the restaurants that are going to reopen have reopened. We saw some rationalization. I mean, I’ll be honest with you– we’ve been very fortunate. We’ve been able to add some growth layers into the business, and stabilize our cash, and do things to protect our team. But not everyone’s in the same place.

And this week, I spent all week touring restaurants from Philly up through the Northeast– and it’s just depressing. When you’re in your restaurants and you see team members that have historically relied on guests coming into the business to make their living– the majority of the businesses away from restaurant or very limited in-restaurant seating– it’s heartbreaking.

Because you know those team members are out there, they’re hurting, and now they’re left without any sort of support from the government, incrementally, which was very helpful for our team members that are out there waiting to come back to work.

ALEXIS CHRISTOFOROUS: Ray, have you had to lay off workers, furlough workers, close down any restaurants?

RAY BLANCHETTE: Oh, absolutely. I mean, when this crisis first hit, we probably laid off 80% of the team. And fortunately, with the first CARES Act, we were able to get a little bit of support. And we’ve quadrupled our payroll since getting that support, bringing people back. I mean, when I do the math for the American taxpayer, they’re getting an astronomical return– literally less than a 12 month payback– on that investment they made in TGIFridays. And then that pays back in perpetuity.

Why the government can’t get off their hands here and get something done when it obviously helps is beyond me.

BRIAN SOZZI: Ray, the Fridays by me, in Long Island, erected a pretty big white tent over the summer. And people were eating out there– it looked like they were having a good time, enjoying their margaritas at Fridays. But now, going into the winter months, how have you prepared the business when you can’t sit outside and eat?

RAY BLANCHETTE: Well, I mean, that’s one of the things that is terrifying right now, as we get into the autumn here and we lose that outside seating. I mean, we had guests literally sitting in parking lots, eating. And we tried to create some atmosphere– as you said, we put a tent up, we tried and get some plants, and maybe get some artificial turf down, and try and create an atmosphere, and sell a great experience.

Because people are clearly pent-up and looking for a night out. We want to provide it safely. And we need more access to our dining rooms. I know that I’m protecting my team members, which means I’m protecting my guests. So we know how to do this. We know how to serve people in our restaurants safely, if the government would just listen to how we’re handling it.

ALEXIS CHRISTOFOROUS: Ray, I want to talk quickly about these Beyond Meat offerings now on the menu. Why do it? Why now?

RAY BLANCHETTE: Well, it’s fun. Look, we put the Beyond Meat burger on very early in this craze, and it did very well. And so, as a natural sort of brand extension, we wanted to– you know, Fridays is known for appetizers and drinks. We invented the potato skin. So why not mesh these two together? You’ve got this sort of next generation way of eating mixed with kind of an old school appetizer, and we think that’s fun and makes the brand feel very relevant.

And most importantly, for those folks that are trying to eat a little less meat. I mean, we’re seeing, through this pandemic, there is a sea change now where folks are– I think you put on the early pandemic pounds and now there’s a shift going, wow, I’ve got to tap the brakes here. I better get back to the gym, or at least get outside and walk. And we think this fits up nicely with where people are psychologically right now.

ALEXIS CHRISTOFOROUS: Ray, before we let you go– I know, during the spring, we thought maybe we’d see TGIFridays return to the market through a SPAC deal. That didn’t work out. Are you guys looking at coming to the market, maybe, in a different way?

RAY BLANCHETTE: Well, we’ll see. Right now, my focus is on keeping my team members safe, getting them back to work, taking great care of our guests in the restaurants. Obviously, our timing was about as bad as you could hope for. Right? I mean, we were literally going to go public in March– March 30th was the deadline on the SPAC. Obviously, that is not our priority today. Today, our priority is focused on our team.

ALEXIS CHRISTOFOROUS: Makes sense. The TGIFridays CEO Ray Blanchette– always a pleasure. And best of luck to you and your team.

RAY BLANCHETTE: Thank you so much, Alexis. Take care. 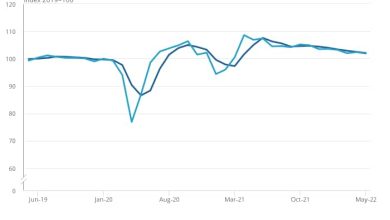 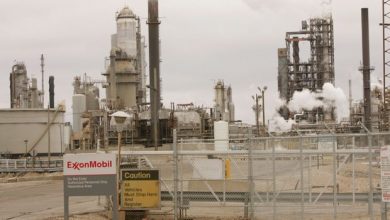 Exxon Mobil Board Could Be Headed for a Shake-Up 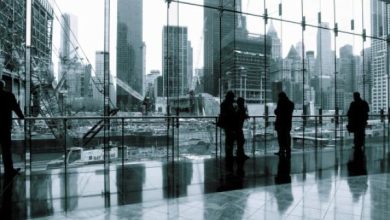 Top REITs To Recession-Proof Your Portfolio 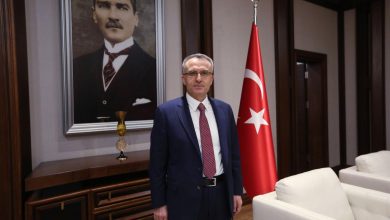