People wearing masks to prevent the spread of coronavirus disease (COVID-19) wait to vote in the primary election in Philadelphia, Pennsylvania, June 2, 2020.

The Supreme Court said on Wednesday that it will not fast track Pennsylvania Republicans’ challenge to an extended deadline for counting absentee ballots in the state, though the justices left open the possibility that they may ultimately rule in the GOP’s favor.

The court announced its decision in an unsigned order, as is typical for emergency cases. Justice Amy Coney Barrett, who was sworn in earlier this week, did not participate. A court spokeswoman said that was “because she has not had time to fully review the parties’ filings.”

Republicans are challenging a decision by the Pennsylvania supreme court that extended the deadline for receiving absentee ballots by three days, to Nov. 6, in order for them to be counted. Previously ballots were required to be received by 8 p.m. on Election Day, which is Tuesday.

The court’s action means the question will not be resolved before the election. But if the justices rule in favor of Republicans, ballots received after Tuesday may ultimately be disqualified. Pennsylvania is one of the most hotly contested battleground states in the 2020 race between President Donald Trump and Democratic nominee Joe Biden.

An earlier challenge by the Republicans, which include the state party and lawmakers, was rejected by the Supreme Court on Oct. 19. The court deadlocked 4-4, with Chief Justice John Roberts siding with the court’s three liberals, Justices Stephen Breyer, Sonia Sotomayor and Elena Kagan. That tie vote left the state supreme court decision in place.

On Oct. 23, the GOP renewed its challenge and also asked the justices to resolve the matter on an expedited schedule. In the meanwhile, Barrett began her term on the Supreme Court, raising the chances of a Republican victory on the issue. Barrett has faced calls to recuse herself from cases related to the election, but has not committed to doing so.

In a statement on Wednesday written by Justice Samuel Alito and joined by Justices Neil Gorsuch and Clarence Thomas, the three conservatives said the court’s handling of the matter “needlessly created conditions that could lead to serious post-election problems.”

Alito wrote that it would be “highly desirable” to decide the case before the election, and that there is a “strong likelihood” that the Pennsylvania supreme court ruling violates the Constitution.

“But I reluctantly conclude that there is simply not enough time at this late date to decide the question before the election,” he wrote.

In addition to an expedited schedule, Republicans had asked the Supreme Court to order Pennsylvania to keep ballots that are received after Nov. 3 separated. Pennsylvania told the justices earlier on Wednesday that it will do so voluntarily.

Alito wrote that nothing prevented the GOP from asking the Supreme Court for relief “if, for some reason, it is not satisfied” with the assurance provided by the state. 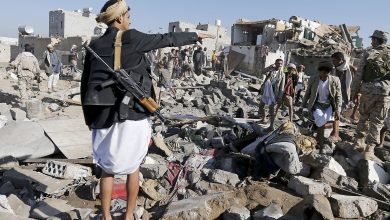 Biden will announce end of U.S. support for offensive military operations in Yemen 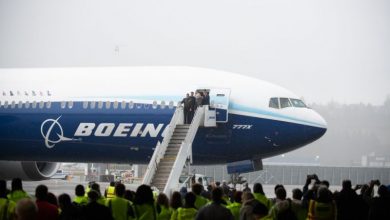 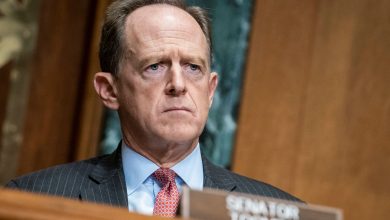