Southwest Airlines (LUV) on Thursday reported a net loss of $1.2 billion on revenue of $1.8 billion in the third quarter. Chairman and CEO Gary Kelly says the coronavirus pandemic continues to cause huge losses for the airline but he is encouraged, “by modest improvements in leisure passenger traffic,” since a slowdown in July.

Here are the quarterly results compared to consensus estimates compiled by Bloomberg:

Southwest currently blocks the middle seat on its aircraft but Kelly says “We will resume selling all available seats for travel beginning December 1,” based on “findings from trusted medical and aviation organizations.”

The International Air Transport Association (IATA) recently released a study that it says shows the low “incidence of inflight COVID-19 transmission.” It found, “since the start of 2020 there have been 44 cases of COVID-19 reported in which transmission is thought to have been associated with a flight journey.”

The airline industry trade group Airlines For America (A4A) released data recently that shows how far Southwest and the other airlines have to go to fully recover from the COVID-19 scourge.

U.S. airlines were flying 2.5 million passengers a day before the coronavirus decimated the industry. In April, passenger volume hit a pandemic induced low, down 96%. A4A says as recently as last week passenger volume was still down 64% year-over-year.

Southwest, which has been able to avoid layoffs this year, is negotiating with its employee labor unions for concessions as it positions for a recovery next year. Kelly recently posted a video on the carriers webpage telling employees, “We expect sun and snow to really sell this winter.” But Kelly warns it will have to furlough employees in early 2021, as a last resort, without concessions or additional help from the federal government.

Raymond James Analyst Savanthi Syth says Southwest has the strong liquidity position — $15.6 billion at the end of the third quarter — needed to sustain the carrier through the pandemic but that its financial position makes it harder to convince employees to accept concessions.

“You know, the recovery has seemed shallower and Gary has come out and says, you know, that they’re going to need some adjustments to avoid furloughs next year,” Syth says.

Kelly told Southwest’s employees the strategy is to expand into markets where the start-up costs are minimal but payoff is big as domestic flyers return. “We win revenue when we position ourselves as the first and best choice for someone purchasing an airline ticket,” Kelly says.

He calls it, “A mandate to seek new places where we can bring in more business by adding relevant service and generate new customers.”

Southwest recently announced it will be launching in new markets, with service to Miami, Palm Springs and Montrose Colorado, as a way to position itself post pandemic and take the fight to the competition. “This is an opportunity,” Kelly points out, “to generate more revenue with minimal additional cost.”

Adam Shapiro is co-anchor of Yahoo Finance’s On the Move. 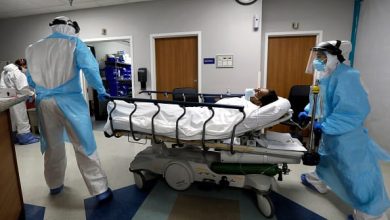 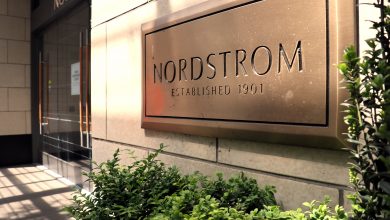 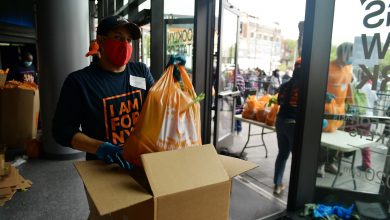 Fed Chair Powell: New rules will be needed for crypto