A waitress wearing a face mask or covering due to the Covid-19 pandemic, takes orders from drinkers sat at a table outside a bar in the center of Liverpool, north west England on October 10, 2020.

The U.K. has revealed further measures aimed at curbing a rapid spread of coronavirus cases in England, combining a three-tier alert system with local lockdowns and nationwide restrictions.

The government’s new approach, outlined Monday, aimed to simplify the rules after criticism that the existing restrictions — which differed across the country — were too complicated.

Nonetheless, the new measures will take some time to get used to and the possibility of a national lockdown is still a very present threat.

What’s been announced in the U.K.?

The British government outlined a new coronavirus alert system for England on Monday, which includes three tiers to determine the degree to which cities and regions are shut down.

The move comes as the government attempts to curb a rapid increase in coronavirus infections and tries to avoid another national lockdown.

Speaking to the House of Commons on Monday, Prime Minister Boris Johnson said he understood the frustration of those who had been “chafing” under the current restrictions. However, he added: “We can’t let the virus rip … I believe not to act would be unforgivable.”

Addressing the British public Monday evening, Johnson said the nation was “entering a new and crucial phase of our fight against coronavirus. Because the number of cases has gone up four times in four weeks and it is once again spreading among the elderly and vulnerable.”

“So we can squash this virus wherever it appears we are today simplifying, standardizing and in some places toughening local rules in England by introducing three levels of Covid alert,” he added.

A television shows Britain’s Prime Minister Boris Johnson speaking in the House of Commons in London, as customers sit atthe bar inside the Richmond Pub in Liverpool, north west England on October 12, 2020, as new local lockdown measures are set to be imposed to help stem a second wave of the novel coronavirus Covid-19.

What is the Covid alert system?

Johnson outlined a three-tier Covid alert system on Monday, with areas designated either “medium,” “high” or “very high” (Tiers 1, 2 and 3 respectively) depending on the severity of their infection rate.

Areas designated as “Tier 1” will be subject to the “medium” level of restrictions, which are essentially the nationwide restrictions currently in place. These include a rule that no more than six people can meet and that pubs and restaurants must close by 10 p.m.

In the “Tier 2” bracket, or “high” alert category, indoor social mixing between households and support bubbles is banned, and pubs that don’t serve “substantial meals” will be closed.

Areas that are classified as “Tier 3” are on “very high alert” and will be put under the strictest measures. At a minimum, people who live in these areas will be subject to a ban on all social mixing between households, both indoors and outdoors. In addition, pubs and bars will be forced to close unless they can operate solely as a restaurant, serving alcohol only as part of a meal. The public will be asked not to travel into and out of areas in this category.

Areas on “very high alert” are those where the country’s National Health Service “will swiftly be under intolerable pressure” without further action, Johnson warned. Areas within this category will reviewed every four weeks.

A social distancing sign is affixed next to traffic lights signals on October 08, 2020 in Liverpool, England.

Which areas are at which alert level?

The majority of England is currently at “medium” risk.

The parts of the country which have already seen local lockdowns imposed, banning household mixing, are now classified as “high” risk. Some areas, including the city of Nottingham and its surrounding area, will now move to this level and come under Tier 2 restrictions.

From Wednesday, the Liverpool city region will move to the “very high” alert level, making it the only area in the country to be in the Tier 3 category and subject to the strictest rules.

“In addition to pubs and bars we have agreed with Liverpool City mayor Steve Rotheram that gyms, leisure centers, betting shops, adult gaming centers and casinos will close,” the prime minister announced.

If you live in England, you will soon be able to check the restrictions in your area by checking your postcode (or zip code) on the government’s website, although this service is not up and running yet.

Why did the government do it?

The move was designed to take in the diverse picture of infection rates in the country. Some areas in northern England, such as Liverpool and Manchester, are seeing a surge in cases, while other areas of the country have barely seen new any infections since a “second wave” of the virus started to build in August.

Will there be another national lockdown?

Don’t rule it out. On Tuesday morning, it emerged that the government’s chief scientific advisors said several weeks ago that the country should go into a mini national lockdown to act as a “circuit breaker” to stop the virus.

The government is extremely reluctant to impose another national lockdown, however, given the economic damage caused by the first lockdown, which was implemented on March 23. The U.K. economy is expected to contract 10.2% in 2020, according to forecasts from the International Monetary Fund. 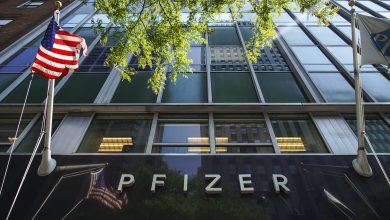 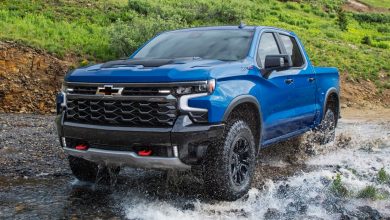 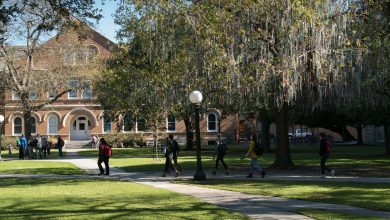 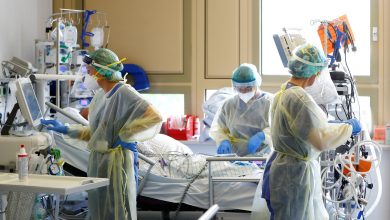