Nick Santiago, Founder and Chief Market Strategist at InTheMoneyStocks joins Yahoo Finance’s Akiko Fujita to break down the latest market action as the Russell 2000 continues to show strength, trading above its August and September highs.

AKIKO FUJITA: Let’s bring in our next guest. Nick Santiago is the founder and chief market strategist at InTheMoneyStocks. And, Nick, it’s good to talk to you on this Friday because you’ve been looking particularly at the Russell 2000. There’s a lot made yesterday when we saw that outperform some of its equity gauges, the largest margin since late April. What does that tell you about where we are headed in the recovery picture?

NICK SANTIAGO: It tells us we’re headed in a right direction. The markets are moving up, and when small cap stocks in the US start to outperform technology and other areas, that’s a very, very bullish indication. So I really like the Russell 2000 right now. I love the performance that it’s had recently.

If you noticed the S&P 500, the Dow Jones Industrial Average, and the NASDAQ are still below their September top. Meanwhile, the Russell has eclipsed that. Russell has taken it out. It’s above the September and August highs, so that’s a very, very good sign. I love when small caps lead, and that’s what’s happening at this point in time.

AKIKO FUJITA: What’s adding to those gains in the small caps?

NICK SANTIAGO: Well, there are a lot of small cap stocks right now that are starting to make new 52-week highs, and you know, there are some popular cloud software names, and there are a lot of others out there. But one thing I always tell everybody that I meet, I say, when the small caps take leadership, you should take notice because that’s a sign of a strong market.

And if you recall, on September 2nd we had a pretty– a pretty good decline, especially in the NASDAQ, which dropped about 10% from September 2nd to September 24th. However, the Russell 2000 had a very mild pullback, and it started to show outperformance. And even yesterday when the market struggled a little bit, the Russell was actually up over 1%.

So I love what the Russell 2000 is doing. That’s a sign of strength. And again, I’ll– I’m in the trade, so I’m talking my own book here. But that’s a very, very good indication that the Russell is about to attack the 1700 level.

AKIKO FUJITA: The 1700s level– what’s likely to be the catalyst though? I mean, we were talking to Jimmy Lee, our guest earlier on in the hour, about what really investors should prioritize here in terms of the risks at hand. You’ve got the fundamentals coming from the earnings. You’ve got the election risk and then the potential for a shift in policy if, in fact, we do get a new administration or we get what is– some have called the blue wave. What does your positioning look like in the face of all of those question marks going into November?

NICK SANTIAGO: Well, that’s exactly it. You would think that the Russell would not be performing as well as it is right now due to those headwinds. And I love when markets climb the wall of worry. That’s the market’s way of talking to you. A lot of people don’t realize that. They’ll just sit back, but when the market is outperforming all the fears that are upon us, that is the market’s way of speaking. And I think it’s speaking volumes right now.

I have no idea who is going to win the election. I have no idea if they will be a blue wave or red wave or any other wave out there or who’s going to win the Senate, the Congress. I don’t really know. What I do know is the Russell is showing outperformance, and it’s been doing it now for just about two months. And that’s a sign that we should all recognize. So I’m a chartist at heart. I look at these technicals, and right now that that’s the strongest– the strongest index out here.

AKIKO FUJITA: And, Nick, in many ways, tech has been sort of the safety trade through these volatile times. You talked about some of the small cap names that you’ve been liking on that front too. What are some investments you think that our viewers should be looking to in this tech space? You know, we talk so much about the big tech names, but we’ve got some pretty big IPOs that have come on the market, especially in the cloud space. What are you liking in the sector right now?

NICK SANTIAGO: Well, I think cloud is still probably the place to be, but you have to be selective. You can take a stock like Slack, which is WORK– you know, it’s not really a major performer like, say, Zoom. And, you know, you’re going to have to really go through the charts. You’re going to have to look at the different patterns that are forming out there, but ultimately cloud is still a very, very attractive space to be in.

I’d like to see it pull back a little bit more. I’m not in love with, say, the social media names at the moment. I think they could start to see a little bit more distribution. They’re going to go through some headwinds going forward. They’ve had big, big runs.

And then you have the popular names out there like the Apples and the Microsofts, and, you know, they’ve also had big, big runs. So they may need to sit on the sidelines a little– for a little while here, and we’ll see if money goes elsewhere. But overall, I mean, when I see the Russell 2000 leading, I think it’s a green light for stocks.

AKIKO FUJITA: And, Nick, really quickly– a name or a sector that you think is really being overlooked right now that provides good value.

NICK SANTIAGO: Well, there are a few sectors out there, but one area I’ve been watching closely at the moment is probably more the beaten-up sectors. And, you know, if you look at energy, I’ve completely stayed away from that, but that would attract me if we do get President Trump to be re-elected. So I keep an eye on that– on the Trump re-election. If not– if he doesn’t get re-elected and president– we have a President Biden in place, then I think the solars are still the place to look for as an outperformer.

AKIKO FUJITA: OK, some interesting picks there. Nick Santiago, the founder and chief market strategist at InTheMoneySocks. Good to talk to you.

The Best 4 Energy Stocks to Buy as Fall Approaches 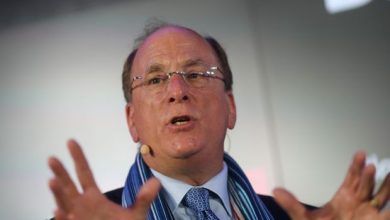 Why BlackRock’s CEO Says the Retirement Crisis Is Getting Worse 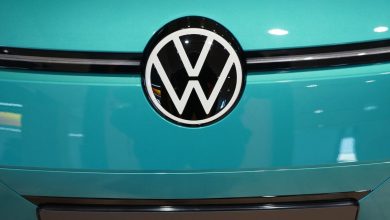 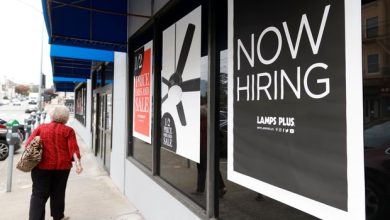 More Than 3 Million Retired Early, Research Suggests. What That Means for Interest Rates.