Yahoo Finance’s Brian Cheung joins The Final Round to discuss Jerome Powell’s recent statements at the International Monetary Fund and the banks decisions regarding the U.S.’ plans for a digital currency.

SEANA SMITH: Well, we had fed chair Jay Powell speaking at the IMF’s annual meeting today. He talked about the cross of border payments, and there was lots of hype before this happened, and also digital currencies. Taking a look at Bitcoin, still holding on to gains today. Brian Cheung has more on this for us. And Brian, I think the question going into Powell’s remarks was whether we were going to get any clarity– or more clarity, I guess I should say– on the US’s plans for a digital currency. What can you tell us?

BRIAN CHEUNG: Well, Seana, it’s really difficult to attribute anything that Bitcoin does on a given day to any particular news cycle. But it does seem like Bitcoin did get excited about the Federal Reserve chairman, arguably the most important economist in the world right now, talking about digital currencies this morning. As you mentioned, he did make remarks at the International Monetary Fund event earlier this morning saying that, yes, the Federal Reserve is interested and is researching the possibility of a central bank-issued digital currency, what they call a CBDC.

But the Federal Reserve has not committed to actually launching one, just merely that they’re interested in looking at this. But the Fed chairman saying that, really, it’s important for the central bank to be abreast of exactly what these types of innovation trends are really kind of coming out. And here’s what he had to say in that panel this morning.

JEROME POWELL: I feel that we have an obligation to stay on the forefront of policy and technological innovation and developments as regards payments, cross-border payments, CBDC, all of those things, rather than that I felt anything needed to happen quickly or imminently. In fact, I actually do think this is one of those issues where it’s more important for the United States to get it right than it is to be first.

Now, what’s interesting and new, relatively, about the chairman’s remarks this morning is that he did entertain the possibility of working with the private sector. He said that coordination could be something that’s part of the Federal Reserve’s development during this process. But again, no commitment from the central bank to actually launch a digital dollar based off those reports.

– And guys, just to add in on this, because I’ve been covering this kind of– this excitement for a while now. And it’s been already more than a year that there’s been excitement about a central bank digital coin– a Fed coin, if you will– sort of ironic to hear Powell say, you know, more important for us to be right than first, because, well, we aren’t gonna be first. I mean, that’s clear.

And in fact, Facebook CEO Mark Zuckerberg, what feels like ages ago, in one of the hearings, had tried to use the argument of China, which very much is establishing its own government coin doing that as fear, motivational fear, and impetus for the US to do. So, you know, if we don’t hurry up on this technology, and if you don’t encourage companies like us and our Project Libra, that if you stifle innovation, we’re gonna lose to China.

Well, we’re not going to be first. So it’s gonna be a while. It was, you know, a bone thrown to even hear him say that he thinks the central bank and a digital currency could change payments for the better or it would be something necessary for the payment system, could improve the payment system. Even that felt like a breakthrough, kind of, but it is gonna be awhile, and I think he really stressed that.

He wants conversations. He wants open dialogue. He wants, you know, further investigating and further discussion with the various stakeholders involved. So this is not something that is going to happen remotely fast if the US even does this.

SEANA SMITH: It’s certainly not, but I think it also begs the question as to whether or not– ’cause Dan, I’m happy you brought up China there and its role in this, because we know that the country did launch a trial of its digital currency last week. So it does beg the question, and we should debate whether or not or how big of a role China is playing in all this and the timing of it, because if we want to stay competitive, we want to remain on the forefront of this, then you– obviously, you don’t want to be quick and do it the wrong way– clearly, nobody is saying that. But there is some pressure to at least be on the forefront of this and be one of the first just to explore this area.

– Yeah, I mean, no one is saying, hey, rush it out. But there are some optics, you know, from the tech community in terms of China has a China coin now, and what does the US have? A task force that is beginning to begin to explore the possibility.

So, yeah, no one’s saying rush, and the US is not going to. But there are people out there, you know, saying if we’re not careful here, that’s gonna, you know, we’re gonna fall behind. I mean, it’s a little similar, in some ways, to the rhetoric around US fears about Chinese tech companies– even, in some cases, Chinese tech companies that barely have a footprint in the US. It’s like, well, soon they will if we’re not careful. If we don’t nip it in the bud now, soon they’ll have a big footprint in the US, and it’ll be too late. So it’s gonna be interesting to kind of track that race.

SEANA SMITH: And to Dan’s point, yes, it is definitely the case that, you know, private sector development, and we have to acknowledge Facebook’s Libra giving the Federal Reserve a little bit of fire under their butts to get moving on this process. And yes, it is true, Seana, that China did begin user testing their digital currency last week. They’ve been dropping what they call little gift packets to lucky users who got about, I think, 200 yuan to test it in Shenzhen, which is a city in the southern part of China. They were using it on merchants, apparently. You can actually use this technology and use the digital currency without even connection to the internet, which is pretty interesting.

But even though China and the People’s Bank of China have been kind of ahead of the Federal Reserve on this type of development, we have to acknowledge that there have been central bank efforts to try to develop or look at a central-bank-issued digital currency well before it even Libra existed. When you look at the Bank of Mexico, for example, they’ve been testing using some sort of QR code technology where end users can go to a fruit stand or go to a coffee shop and use a Bank-of-Mexico-issued currency to make that transaction, a digital wallet very much similar to Apple Pay that’s actually endorsed by the central bank. So I think that the Federal Reserve is definitely behind the ball. So the reason why Fed Chairman Powell saying we don’t need to be first. Well, he probably said that because they’re far from first. 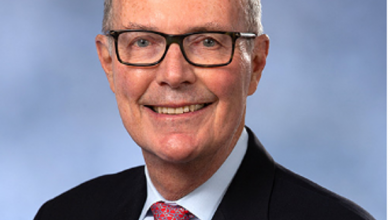 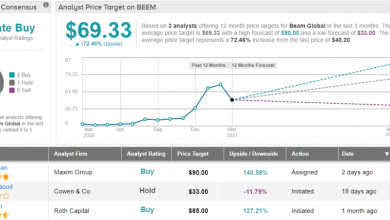 These 2 EV Stocks Have Over 100% Upside on the Horizon, Says Analyst 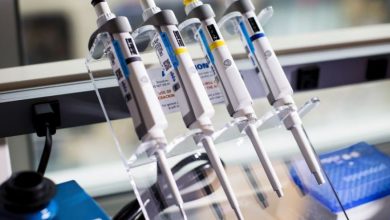 'We are going to see a down in the gutter type' Trump and Biden presidential campaigns: analyst