Doc Rivers, then of the LA Clippers yells to his team during the fourth quarter against the Dallas Mavericks in Game Four of the Western Conference First Round during the 2020 NBA Playoffs at AdventHealth Arena at ESPN Wide World Of Sports Complex on August 23, 2020 in Lake Buena Vista, Florida.

That’s the label NBA insiders give Doc Rivers after his quick move from the L.A. Clippers to the Philadelphia 76ers.

Within one week, Rivers went from L.A. to Philly, from a team a team owned by ex-Microsoft CEO Steve Ballmer to another owned by Wall Street investor Josh Harris. Harris is the co-founder of private equity firm Apollo Global Management and co-owns the Sixers and New Jersey Devils with David Blitzer under the Harris Blitzer Sports and Entertainment company.

“Chief Performance Officer,” one NBA executive said when describing Rivers’ hire. “You have CEOs whose job is to present just message. Well, a head coach is more than just message – he’s message and results.”

The NBA executive agreed to speak to CNBC on the condition of anonymity due to the sensitivity of discussing team business.

And now, Rivers is the Sixers’ new CPO. He’s in charge of a Sixers roster that failed to meet expectations last season, the chatter of discontent among star players and the finger-pointing that comes along with it.

Behind the scenes, current and former NBA executives, including the New York Knicks executive Donnie Walsh, approve of the Rivers hire.

Dolich, the former Memphis Grizzlies president of business operations, called it a “positive move” by Sixers ownership, “as long as they have the patience to deal with all the uncertainties that every NBA team is dealing with,” thanks to Covid-19.

Rivers’ new five-year contract is north of $40 million and includes incentives which trigger on team performance. If he can deliver a title for Philadelphia, the $280 million Harris and company invested in the Sixers could grow the valuation beyond its current $2 billion. But Rivers will face challenges, starting with fixing the product and making his own coaching adjustments when it matters most.

Joel Embiid #21 of the Philadelphia 76ers reacts in front of Chris Silva #30 of the Miami Heat in the third quarter at the Wells Fargo Center on November 23, 2019 in Philadelphia, Pennsylvania.

After the team departed the NBA’s bubble postseason in the first round in August, the Sixers fired Brett Brown. Sixers leadership, which includes HBSE CEO Scott O’ Neil and team general manager Elton Brand, were mystified at the team’s 31-4 home record but poor performance on the road at 12-26. As CPO, Brown paid the price.

One NBA team staffer with knowledge of the Sixers’ affairs said the club lacked focus on the road and that the team’s traveling party was too big. The staffer called the Sixers “unorganized,” adding the club had too many front office staff with titles but undefined roles.

Rivers, who turned 59 on Oct. 13, will also need to fix the Sixers’ locker room and bond his franchise players in Ben Simmons and Joel Embiid. The Sixers are giving Rivers and Brand the keys to basketball operations decisions, banking on Rivers’ history of fixing messy teams.

The Celtics traded Walker to Mark Cuban’s Dallas Mavericks in 2003 and eventually won the NBA Finals in 2008. The team returned to the Finals in 2010, falling to the Kobe Bryant-led Los Angeles Lakers in Game 7.

With the Clippers, Rivers didn’t meet expectations and secure a championship, but he did transition the team out of what many consider the black mark on the NBA’s history – dismissing former owner Donald Sterlingfor racial remarks. Rivers is also credited with helping Ballmer navigate his first few years of NBA ownership.

“Your head coach provides the narrative. That’s why coaches like Doc Rivers are so damn good and why they cost so much money,” said the executive, adding Ballmer would hire another good coach. “But he’ll never find anybody better [than Rivers].”

On Thursday, the Clippers replaced Rivers with his assistant coach, Tyronn Lue, who will oversee a roster that blew a 3-1 lead against the Denver Nuggets in the playoffs.

Though Rivers is praised for fixing team culture, he’ll also need to address his coaching.

In the NBA, star players judge coaches by adjustments made especially in the playoffs. In league circles, Rivers is criticized for failing to adjust. It’s here he’ll need to be innovative with hiring assistants, as blowing 3-1 postseason leads is starting to follow him more than the 2008 championship.

During his Sixers introduction on Oct. 5, Rivers, now 91-89 in the postseason, was reminded about a quote printed in Sports Illustrated in 1999 while on his first coaching job with the Orlando Magic: “Winning is safe,” Rivers said. “But if you want to be the winner, it means stepping out of that comfort zone.”

Asked by CNBC if he plans to do just that – step out his comfort zone – and how he plans to get his star players to follow, Rivers responded: “I’m always changing. I’m always looking for different staff. I don’t think you ever stop growing as a coach or as a person.

In an aerial view from a drone, this is a general view of the Wells Fargo Center on July 6, 2020 in Philadelphia, Pennsylvania.

If Rivers and Brand can help deliver Harris a championship, O’Neil’s job could get a bit easier, as winning equals more business in the NBA.

“It is the ultimate magnet of money,” Dolich said.

The Sixers bring in roughly $300 million in revenue, with $90 million from operating income, according to Forbes. The team is set with their broadcasting rights with Comcast property NBC Sports Philadelphia until 2029. Its radio media rights with Beasley Broadcast Group are also secure for another three years.

And the Sixers are working with Philadelphia officials and Comcast, which owns the Wells Fargo Center, to host an NBA All-Star game in 2026.

But like others in the NBA’s owners’ club, including Ballmer, Harris wants a flashy new arena filled with better fan experiences once the club’s lease ends in 2031.

The building did go through a $250 million renovation, but newer arenas will require better 5G, Esports offerings, virtual and augmented reality engagement via sponsorship activation and more health technologies thanks to Covid-19.

The Sixers may also want to emulate the Washington Wizards’ in-arena sportsbook play, as sports wagering is active in the state.

The team was rejected for its proposal to build a new complex in the city’s Penn’s Landing location, projected to bring $1 billion in jobs and training to the Philadelphia’s Black community.

The timeline to build arenas is usually seven years, so O’Neil will need it to navigate the politics and secure the funding, which could include tax dollars.

Harris may envision a spacious site also to build hotels, restaurants, shops and apartments to surround the new arena, but if staying in Philadelphia is vital, the team could find itself settling for a downtown site.

Things become more manageable if the Sixers win a championship under Rivers. Dolich, also the former COO of the San Francisco 49ers, said the Sixers’ new trio of Rivers, Brand, and O’Neil would need to have “unity” it leaves the “Trust the Process” era behind.

“And if you don’t have that going in, that’s dangerous,” he said. “If you have that unity, now Doc and Elton, more than Scott, they’ve got to deal with the chief product officer because what is most important is those feet on the court.

Added Dolich: “The unity of those three has to translate to winning.”

Disclosure: Comcast is the parent company of NBCUniversal, which owns CNBC. 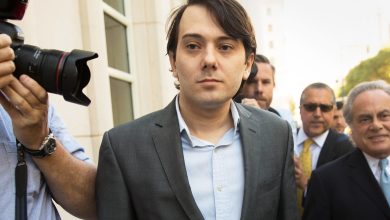 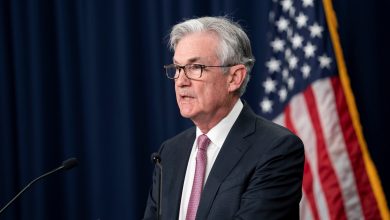 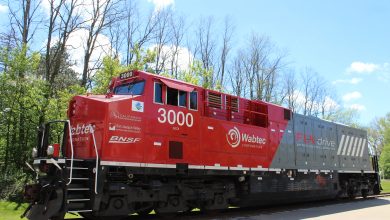 By ‘land, sea and air,’ GM plans to expand fuel-cell business beyond EVs 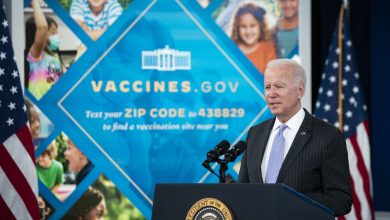