House Speaker Nancy Pelosi said Democrats and the White House have moved closer to a coronavirus stimulus deal ahead of her latest call with Treasury Secretary Steven Mnuchin on Tuesday afternoon.

The California Democrat downplayed the importance of a deadline she had set to strike an agreement before the end of the day, signaling she would keep talks going. To have legislation ready before Election Day, lawmakers would have to come to a deal and write a bill before the end of the week, she added.

Pelosi and Mnuchin’s conversation Tuesday will continue a desperate scurry to reach a relief agreement before the Nov. 3 election. Democrats and the Trump administration have struggled for months to overcome fundamental disagreement about what the U.S. government needs to do to lift a health-care system and economy sagging under the weight of the pandemic.

Heading into the phone call, the sides had narrowed their target for an overall relief price tag: the White House increased its offer to nearly $1.9 trillion, short of the $2.2 trillion legislation House Democrats passed earlier this month. After a Monday afternoon conversation between the pair, Pelosi spokesman Drew Hammill said the speaker had tasked House committee chairs with resolving remaining disputes over issues including a national testing strategy, an expansion of tax credits and relief for state and local governments.

By Tuesday afternoon, Pelosi said the White House has “come a long way” on a national testing strategy and offered legislative language that addresses the disproportionate effects of the outbreak on people of color. She added that the sides still have not bridged a gulf over two of their biggest differences throughout the talks: state and local government aid and liability protections for businesses.

Pelosi said she expects to have a proposal countering the White House’s offer on both of those provisions before she speaks to the Treasury secretary.

As most of the country keeps public-health restrictions in place and some financial lifelines put in place at the start of the outbreak have long since expired, millions of Americans await aid to cover their costs of living or keep their businesses afloat. Democrats have long accused Republicans, who cheered several strong months of job growth after states started to reopen, of failing to understand the weight of the crisis.

“Leader McConnell and the Republican majority have failed to grasp the gravity of this situation from the beginning,” Senate Minority Leader Chuck Schumer, D-N.Y., said on Tuesday.

The GOP, meanwhile, has argued Democrats have reached for expensive policies that exceed the demands of the moment. Senate Republicans plan to vote this week on a more narrow, roughly $500 billion bill similar to one Democrats blocked last month. The GOP put forward the legislation amid Democratic criticism of its effort to confirm Supreme Court nominee Amy Coney Barrett before the election.

Senate Majority Leader Mitch McConnell has said his chamber would “consider” a potential agreement reached by Pelosi and Mnuchin. Most Senate Republicans have opposed injecting trillions more into the federal Covid-19 response.

“It would be hard” to get 13 Republicans — the number needed to join 47 senators in the Democratic caucus to overcome a filibuster — to support such a bill, Republican Majority Whip John Thune of South Dakota told reporters Monday.

On Tuesday, McConnell said Democrats “have spent months holding out for a long, far-left wish list of non-Covid related priorities.” He added that their position has been “all or nothing.”

The parties have agreed on the need to reinstate a supplemental unemployment benefit for jobless Americans, send another round of direct payments, offer a second loan to struggling small businesses and allocate money to help schools reopen their doors safely. But Democrats and Republicans have not found common ground on how much federal money to put into the enhanced unemployment insurance, among a range of other disputes.

The biggest sticking point has come over whether to send more aid to states and municipalities, many of which have seen costs soar and revenues drop during the Covid-19 outbreak. Democrats most recently pushed for more than $400 billion in aid. The White House offered $250 billion despite President Donald Trump‘s opposition to what he called a “bailout” of Democratic-run states.

The president’s chaotic approach to relief talks has complicated matters for the negotiators. After Trump ordered his administration to pull out of coronavirus talks with Pelosi earlier this month, he reversed course and pushed for a comprehensive deal ahead of the election.

“I want to do it even bigger than the Democrats. And not every Republican agrees with me, but they will,” the president, who has not directly participated in talks, told Fox News on Tuesday. Despite Trump’s comments, Mnuchin has not appeared to push Pelosi to increase the price tag of her stimulus bill.

Pelosi said Tuesday that Democrats have received “mixed messages” from the GOP.

The speaker has held out for a sprawling deal rather than separate bills to address issues such as small business loans, unemployment insurance or aid to airlines to cover payrolls. She has faced pressure from Republicans and members of her own caucus to accept a limited agreement as Americans await relief.

Many economists and policymakers outside of the Capitol have said the U.S. will need more fiscal stimulus to emerge from the downturn. Fed Chair Jerome Powell has been particularly vocal, warning a lack of action from Congress could “lead to a weak recovery, creating unnecessary hardship for households and businesses.” 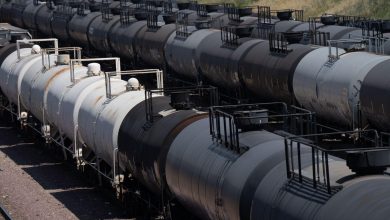 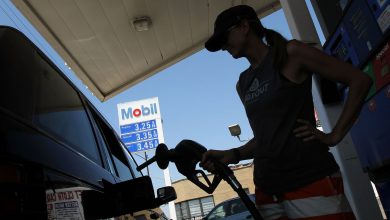 Options market predicts Exxon Mobil’s dividend could be in danger 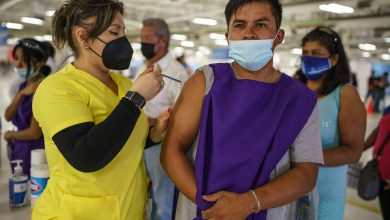 Latin America and Caribbean Islands have vaccinated just 37% of populations against Covid, WHO officials say 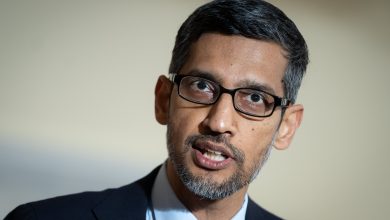