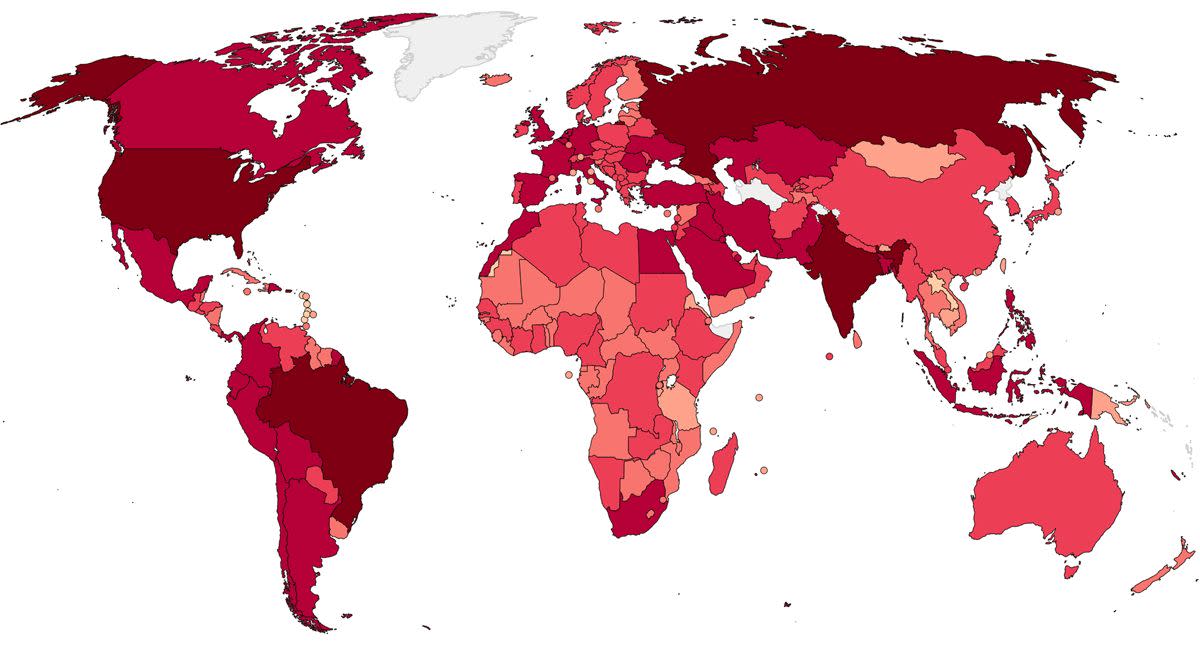 U.S. House Speaker Nancy Pelosi and Treasury Secretary Steven Mnuchin had a lengthy talk Saturday night about efforts to craft a stimulus package to help the U.S. economy weather the impact of the coronavirus.

Victoria, the Australian state worst hit by the coronavirus outbreak, announced an easing of restrictions on Sunday, but left key sectors of the economy shuttered until next month to ensure community transmission is further contained.

Even as new U.S. cases jumped by the most since late July, President Donald Trump, at campaign rallies on Saturday, pushed states such as Michigan to lift emergency measures. Daily cases in France rose to a record 32,427. China reported 13 new infections on Oct. 17, all imported, while New Zealand reported the first community case in three weeks. India added more than 60,000 cases for a fifth consecutive day.

Global Tracker: Cases top 39.6 million; deaths exceed 1.1 millionEurope cracks down with curbs in London and ParisDr. Reddy’s and Russia to start Sputnik vaccine testVaccine trial ailments raise questions about methodWho’s succeeding against the coronavirus and why: QuickTakeArdern Landslide Is a Vote for Covid Competence: David Fickling

Prime Minister Narendra Modi on Saturday asked officials to prepare for speedy distribution of a Covid-19 vaccine, when it becomes available, to every citizen of the country by using the nation’s experience in successfully conducting the world’s biggest elections and disaster management programs.

The pair spoke for an hour and 15 minutes, and have agreed to speak again Monday, Treasury spokeswoman Monica Crowley said in a tweet. Their respective staff will keep discussions going in the meantime.

Before those talks, Majority Leader Mitch McConnell announced that the Senate will vote on Republican proposals for a roughly $500 billion economic recovery bill and additional funding to aid small businesses, starting Tuesday.

The votes, essentially one-chamber messaging, will underscore the continued deep differences after months of talks on another stimulus bill that have failed to bridge gaps between the Trump administration, House Democrats and Senate Republicans.

“You got to get your governor to open up your state,” Trump said at the rally in Muskegon, referring to Gretchen Whitmer, who was recently a target of a kidnap plot by right-wing militia. The crowd responded with a “lock her up” chant, to which Trump replied “lock ‘em all up.”

Whitmer responded in a tweet saying, “this is exactly the rhetoric that has put me, my family, and other government officials’ lives in danger while we try to save the lives of our fellow Americans. It needs to stop.”

Majority of Filipinos think that government’s steps to fight the coronavirus are “adequate,” pollster Social Weather Stations said on its website, citing the results of its survey in September. The measures pertain to ensuring the public has enough information on how to deal with Covid-19, extensive contact tracing and affordable testing nationwide.

Indonesia and the Philppines are the worst affected in Southeast Asia.

An Auckland man tested positive for the virus Saturday after developing symptoms the previous day, Director-General of Health Ashley Bloomfield said Sunday. People the man had contact with in the days prior when he may have been infectious have been put in isolation.

News of the fresh community case comes hours after Prime Minister Jacinda Ardern swept to a landslide victory in a general election, largely on the back of her government’s successful response to Covid-19.

From midnight, the 5 million residents of Victoria state capital Melbourne, who have been under lockdown for more than 100 days, will be allowed to travel as far as 25 kilometers (16 miles) from their homes and time limits on daily exercise will be scrapped, state Premier Daniel Andrews said.

From Nov. 1, the stay-at-home order will be completely lifted and retail and hospitality sectors will largely reopen. That timeframe may be brought forward if case numbers continue to fall.

Victoria is responsible for about a quarter of gross domestic product and the restrictions have deepened Australia’s first recession in almost 30 years.

Brazil reported 24,062 cases, ending a week with the fewest new infections in five months, according to the nation’s Health Ministry. Total cases are 5,224,362. Another 461 people died for a total of 153,675. The week’s toll was the least deadly since the beginning of May, according to the ministry website.

The number of U.S. cases increased by 69,276, the highest since July 29, according to data compiled by Johns Hopkins University and Bloomberg.

The Friday data, 9% higher than the previous day’s, underscores rising Covid-19 cases in most parts of the country less than three weeks before the election in which President Donald Trump’s handling of the outbreak is a central issue.

Indiana broke a record for new infections for the second day in a row, amid an unrelenting surge of cases in the Midwest. Total cases, rising since mid-September, are now 145,977 and deaths 3,685.

Coronavirus restrictions triggered the first mass protest in Slovakia, with hundreds of demonstrators opposing mandatory face masks and other restrictions in the east European Union nation violently clashing with the police.

Police used water cannon and pepper spray to disperse the crowd, which — in violation of a nationwide ban on association of more than six people — gathered in front of the Government Office in the capital, Bratislava. The police whose Facebook video showed protesters throwing stones said “several” people have been detained.

After being one of the best countries in handling the first wave of the pandemic, new Covid-19 infections have been on the rise in Slovakia.

France reported a record 32,427 new coronavirus cases in the past 24 hours as tighter restrictions went into effect in the country’s major cities to try to check the outbreak.

The government has put in place a curfew effective Saturday in the Paris region and eight other metropolitan areas, confining people to their homes between 9 p.m. and 6 a.m. for four weeks.

The number of new cases surpassed the previous record of 30,621, set Thursday, according to statistics on France’s national health agency website.

Ireland recorded 1,276 new infections on Saturday, among the highest levels since April. The new figures came as senior government members met to consider a recommendation from health authorities that Ireland move to a Level 5 lockdown, the strictest, for six weeks. The nation is mostly at Level 3, with some border areas at Level 4.

Cyprus imposed new measures to contain the virus across the country, while it decided to close all restaurants, bars and cafes from 10:30 p.m. in Limassol, the second-largest city of the small Mediterranean island.

The government decided to take further action after a week in which Cyprus broke case records on three days. Cyprus reported another high on Saturday, with 202 new confirmed cases.

A person living in the same Vatican residence as Pope Francis has tested positive, was moved out and placed into isolation, Vatican spokesman Matteo Bruni said Saturday.

All people in contact with the infected person, reportedly asymptomatic, were also moved out of the Casa Santa Marta and placed in isolation, the Catholic New Service reported. Two days ago, the Swiss Guard, which helps protect the pope, announced 11 cases among a total of 135 soldiers.

Deloitte LLP will close four of its 50 offices in the U.K. as a way to cut costs as more staff work at home, the Financial Times reported.

About 500 employees working for Deloitte will be moved to other locations or be allowed to work remotely full time, the paper said. The accounting firm has about 19,000 employees in the U.K. and is one of the first large companies to not renew leases on office space as a result of the pandemic-induced shift to work from home, the newspaper said.

Governor Andrew Cuomo said New York is shifting its strategy for combating the coronavirus, targeting small infected areas for restrictions rather than by larger regions or counties. The new strategy comes, he said, as infections could rise with colder weather and people spending more time indoors.

“It’s much smarter,” he said, adding that the strategy would be in place at least until a vaccine is widely available. “It’s more effective. It’s also less disruptive.”

The state reported 1,784 cases, a 0.4% increase compared with an average 0.3% daily increase of the previous seven days. Another nine people died.

Movie theaters outside of New York City will be allowed to reopen at 25% capacity with up to 50 people per screen, beginning Oct. 23, the governor said.

The U.K. reported another 16,171 cases of coronavirus on Saturday and 150 deaths. The country has added more than 100,000 cases since Sunday, almost 15% of the cumulative total of 705,428. London and suburban Essex were among the locations to move to increased restrictions today, with people banned from meeting indoors with people outside their households.

Italy reported 10,925 new coronavirus cases Saturday, the most in one day since the outbreak began; 47 people died compared with 55 Friday.

Italian Prime Minister Giuseppe Conte’s government may approve new restrictions on public life as early Saturday evening, according to government officials, who asked not to be named in line with their policy

China’s Center for Disease Control and Prevention said it found active Covid-19 virus on the outer component of refrigerated food packaging, adding that it showed the possibility of infection via such contaminated surfaces, according to state broadcaster CCTV.

The virus was found on food packaging in the coastal city of Qingdao in Shandong province, the report said, without specifying the origin of the product. Qingdao has reported a dozen new virus cases this month, most linked to a hospital where infected travelers from overseas are being treated.

The country’s king and his wife scrapped a vacation trip to Greece after an outcry at home as Dutch people were asked to travel as little as possible.

Two vaccines stalled by potential side effects have one key feature in common: Both are based on adenoviruses, cold germs that researchers have used in experimental therapies for decades with varying results.

Johnson & Johnson’s and AstraZeneca Plc’s pauses are reviving questions about adenoviral vectors, which have been used in laboratory, animal and human experiments for years. In some cases, the experiments have succeeded, but not always. 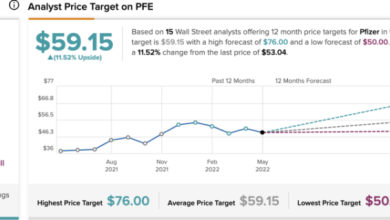 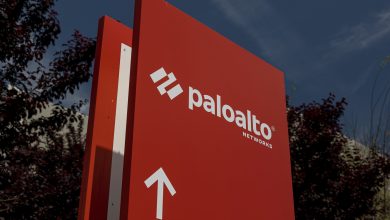 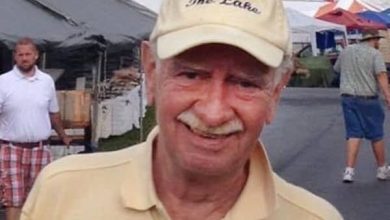 He’s 75 and facing eviction. Many other older renters are, too 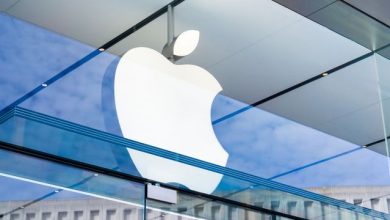